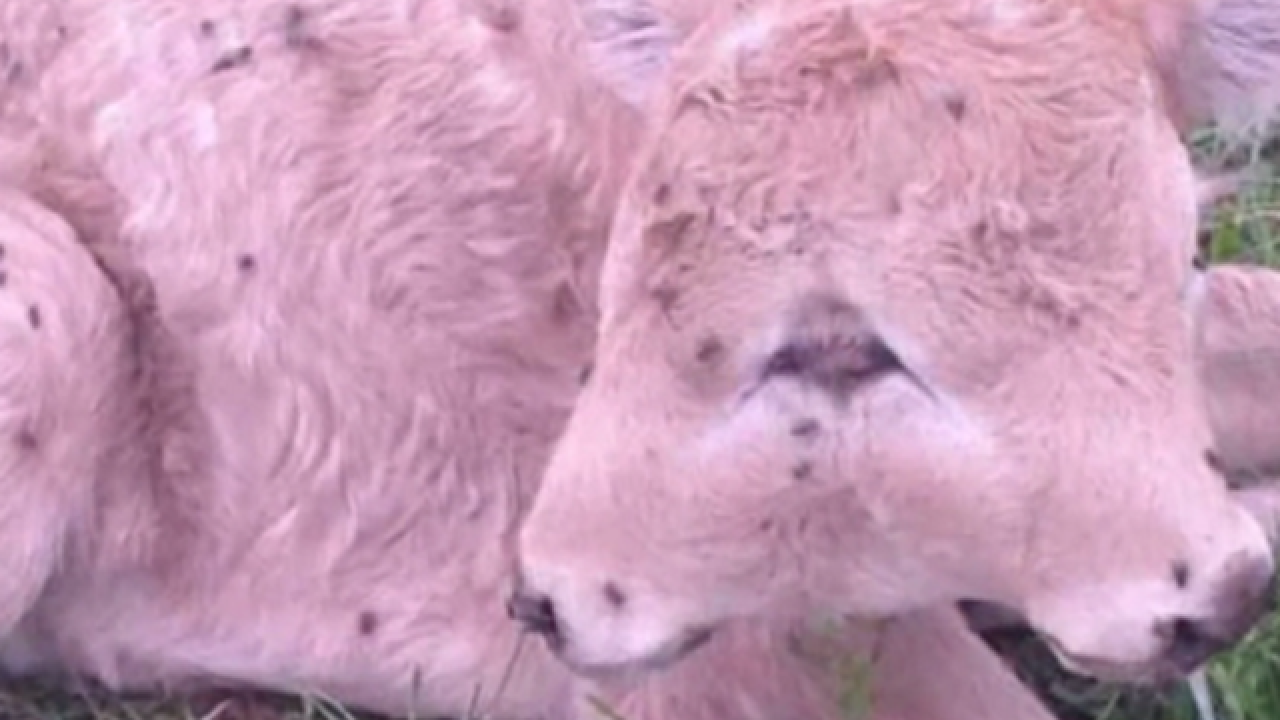 It looked like twin calves cuddling at first, but it was something even more unbelievable.

A Kentucky couple has been surprised with a two-headed calf, WDRB-TV reports. When Stan McCubbin was walking his property Friday, he noticed one of his cows had given birth.

"From a distance, I thought I had twins lying together," McCubbin told WDRB . "I saw two noses. I thought it was twins and then when I saw her, I was just completely blown away."

McCubbin and his wife, Brandy, have named the unique animal “Lucky.”

"I said she was lucky to live, and our little five-year-old, Kenley, said 'That's her name -- Lucky,'" Brandy McCubbin told WDRB. "She is lucky and we're blessed to have this happen on our farm."

In addition to her two heads, Lucky has four eyes – two of which do not blink or function. When she eats, her two mouths move in unison.

While Lucky is able to walk, she has trouble not walking in circles, the couple said. For the most part, she appears to be healthy at the moment.