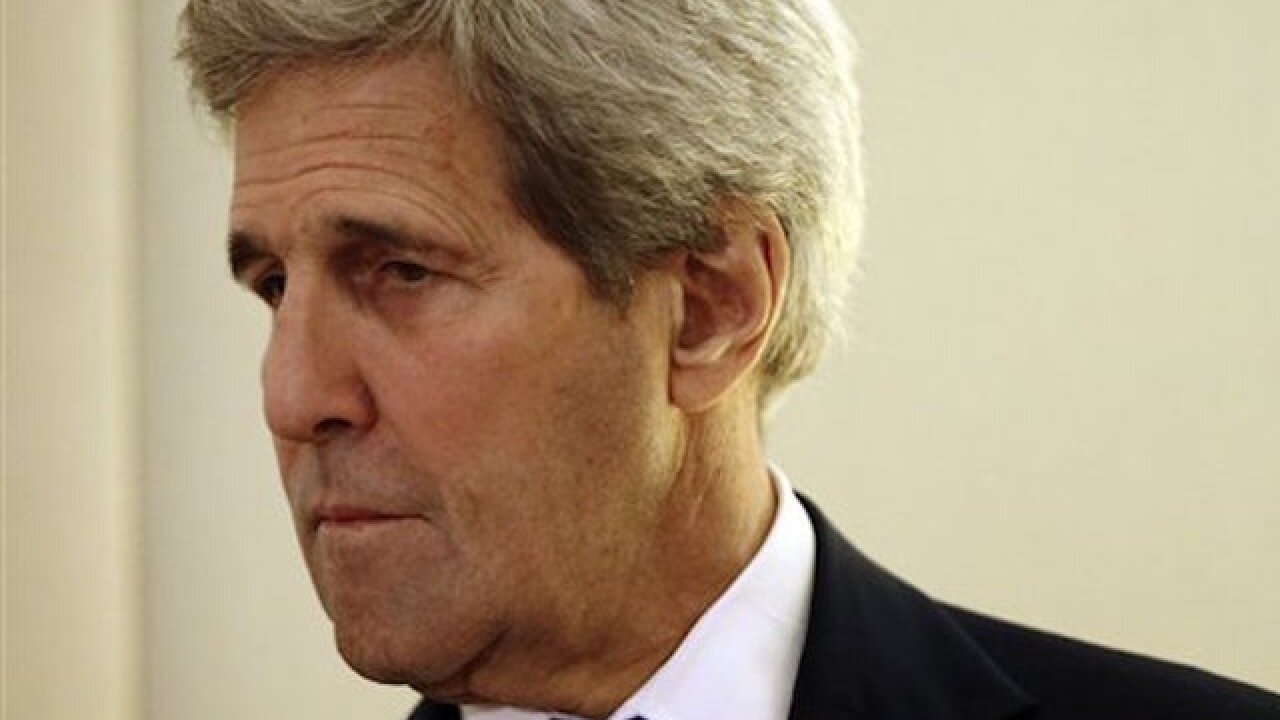 DENIS BALIBOUSE
<p>U.S. Secretary of State John Kerry listens as Jordanian Foreign Minister Nasser Judeh, gives a statement to the media during a bilateral meeting on Syria in Geneva, Switzerland, Sunday, May 1, 2016. Kerry has appealed once more to his Russian counterpart for assistance in containing and reducing the violence, particularly around the Syrian city of Aleppo. (Denis Balibouse/Pool via AP)</p>

WASHINGTON (AP) — Secretary of State John Kerry is condemning a deadly hospital attack in the Syrian city of Aleppo. He says the missile appears to have been fired from rebel-controlled territory.

Kerry says the U.S. won't accept violence against civilians, whether it's by the Syrian government or by Western-backed opposition.

At least 20 people died Tuesday when rocket fire struck the maternity hospital in a government-held section of Aleppo. Fighting there has all but shattered the shaky 2-month-old truce between Syria's government and moderate rebels.

Kerry said the U.S. and Russia are working on details of a more durable cease-fire that would include Aleppo, Syria's largest city.

But he said leaders on both sides must refrain from fighting. If they don't, Kerry said the situation risks "spiraling out of control."