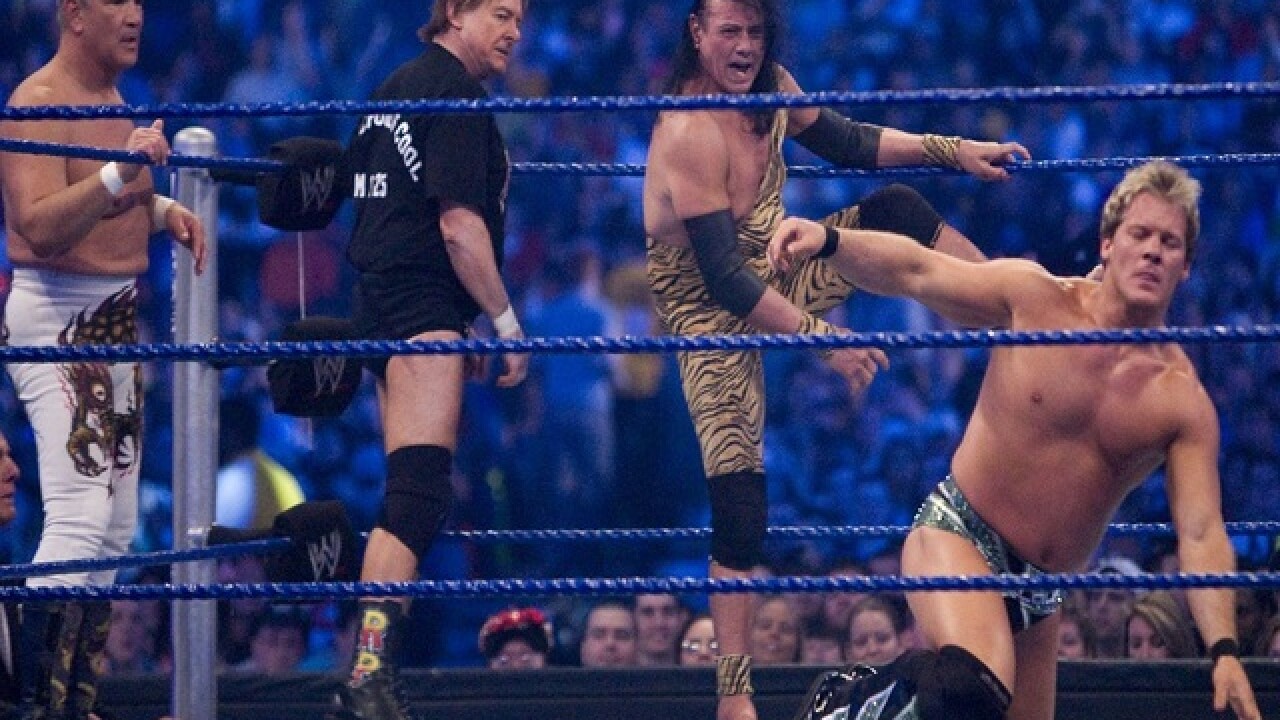 By: CNN
Posted at 5:23 PM, Jan 15, 2017
(CNN) -- Jimmy "Superfly" Snuka, the wrestler known for his high-flying leap off the ring's top rope that flattened his opponents, died on Sunday. He was 73.
Actor and former wrestler Dwayne "The Rock" Johnson announced Snuka's death on behalf of his family. The World Wrestling Entertainment Inc. also confirmed Snuka's death on its website on Sunday.
Snuka's family did not immediately release his cause of death.
"Snuka is regarded by many as the pioneer of high-flying offense because of his Superfly Splash from the top turnbuckle," the WWE statement said.
The signature move, in which Snuka vaulted off the rope and landed face-down on his opponent who lay prone on the floor, helped catapult the Fiji-born Snuka to 1980s fame with the World Wrestling Federation, now the WWE. He was later inducted into the WWE Hall of Fame.
On Sunday, Snuka's daughter, Tamina Snuka, also a WWE star, tweeted "I love you dad."

She also posted a picture of what appeared to be their hands.
Stephanie McMahon, WWE's chief brand officer, called Snuka, "one of the greatest icons in the history of our business."
Condolences also poured in from many of Snuka's peers. Former wrestler Hulk Hogan tweeted: "RIP Superfly."
Jake "The Snake" Roberts, another famous wrestler during Snuka's time, wrote: "He will fly all the way to heaven. What a sweet man."
Snuka's death comes 12 days after a Lehigh County, Pennsylvania, judge dropped third-degree murder and involuntary manslaughter charges against him in the 1983 death of his ex-girlfriend, Nancy Argentino.
Judge Kelly Banach determined Snuka was incompetent to stand trial based on his medical records and testimony provided by his defense attorney, Robert Kirwan II.
Argentino's death has been a cold case for decades.
On May 10, 1983, Argentino was found unresponsive in a room at the George Washington Motor Lodge in Allentown, Pennsylvania, where the WWF taped its matches. Snuka called the paramedics, but once they arrived, he was gone. Argentino was pronounced dead a few hours later.
Her family won a wrongful death suit against Snuka in 1985, but authorities didn't charge him in the death. Argentino's family contacted Lehigh County District Attorney James Martin and asked his team to examine Snuka's 2012 memoir, "Superfly: The Jimmy Snuka Story."
A grand jury reviewed excerpts and decided to press charges. Snuka was charged in September 2015, 32 years after Argentino's death.
In recent years, Snuka's health took a turn for the worse. He suffered from a bout of stomach cancer before he was charged in 2015. He underwent intensive surgery in which three-quarters of his stomach, several lymph nodes and a piece of his large intestine were removed, according to Kirwan.
Snuka had also been diagnosed with dementia and showed signs of chronic traumatic encephalopathy, or CTE, an Alzheimer's-like neurodegenerative disease associated with repeated hits to the head, according to Kirwan.
Kirwan said Snuka was placed in home hospice care in October and moved to in-hospital hospice care at Broward Medical North near his home in Florida on December 17.
CTE cannot be diagnosed without a postmortem examination of a person's brain, but Snuka's defense attorney argued that he exhibited signs of the disease based on outward symptoms and a series of MRIs taken over two years.
Snuka is one of 50 former wrestlers named as plaintiffs in a July lawsuit against the WWE for long-term brain damage they say was incurred during their careers with the company.
The-CNN-Wire
™ & © 2017 Cable News Network, Inc., a Time Warner Company. All rights reserved.
Copyright 2017 Scripps Media, Inc. All rights reserved. This material may not be published, broadcast, rewritten, or redistributed.