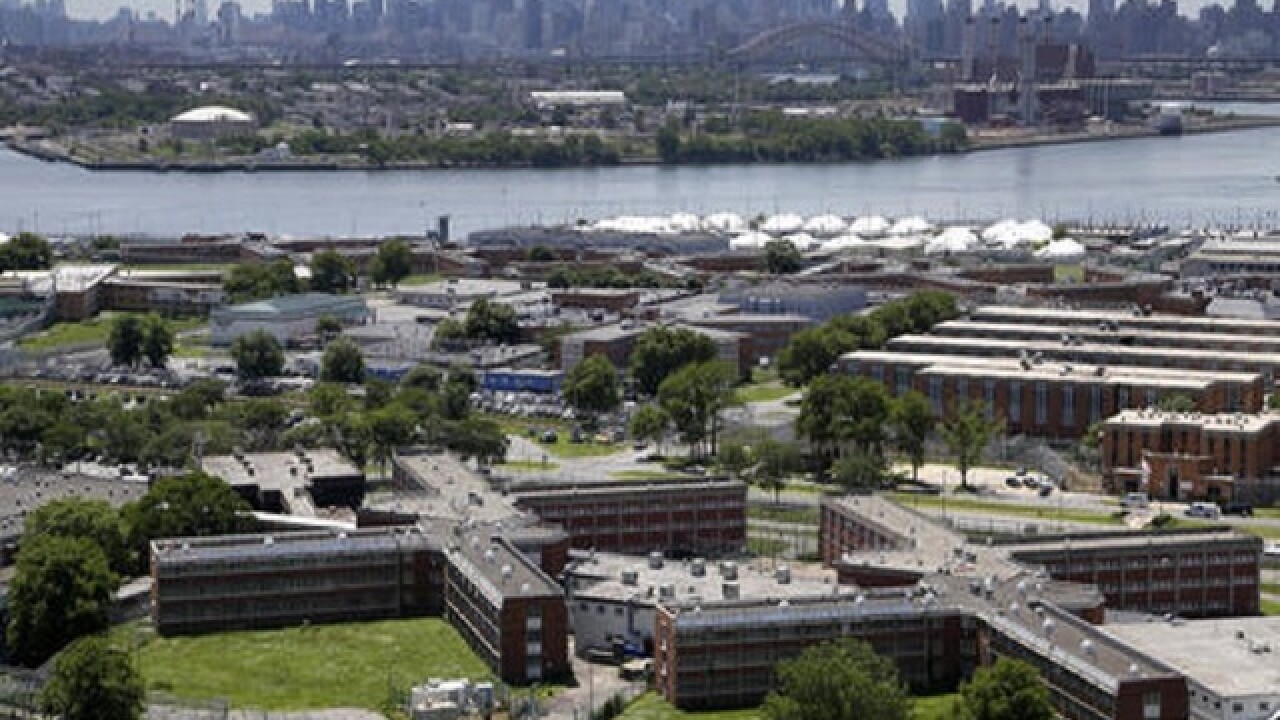 NEW YORK (AP) — Two correction officers at New York's Rikers Island have been assaulted by two inmates.
It happened Tuesday evening at the Otis Bantum Correctional Center inside the jail complex.
Both officers were taken to a hospital, where they were treated and released.
Department of Correction Commissioner Joseph Ponte says in a statement that this "unprovoked attack on our officers will not be tolerated."
He says officials are "committed to creating a culture of safety" at the department.
Officials say the inmates, who are both suspected gang members, were immediately arrested and will face charges.
The attack remains under investigation.
No other information was immediately available.
Copyright 2016 The Associated Press. All rights reserved. This material may not be published, broadcast, rewritten or redistributed.