'I do feel safer': A look at Trump's travel ban supporters 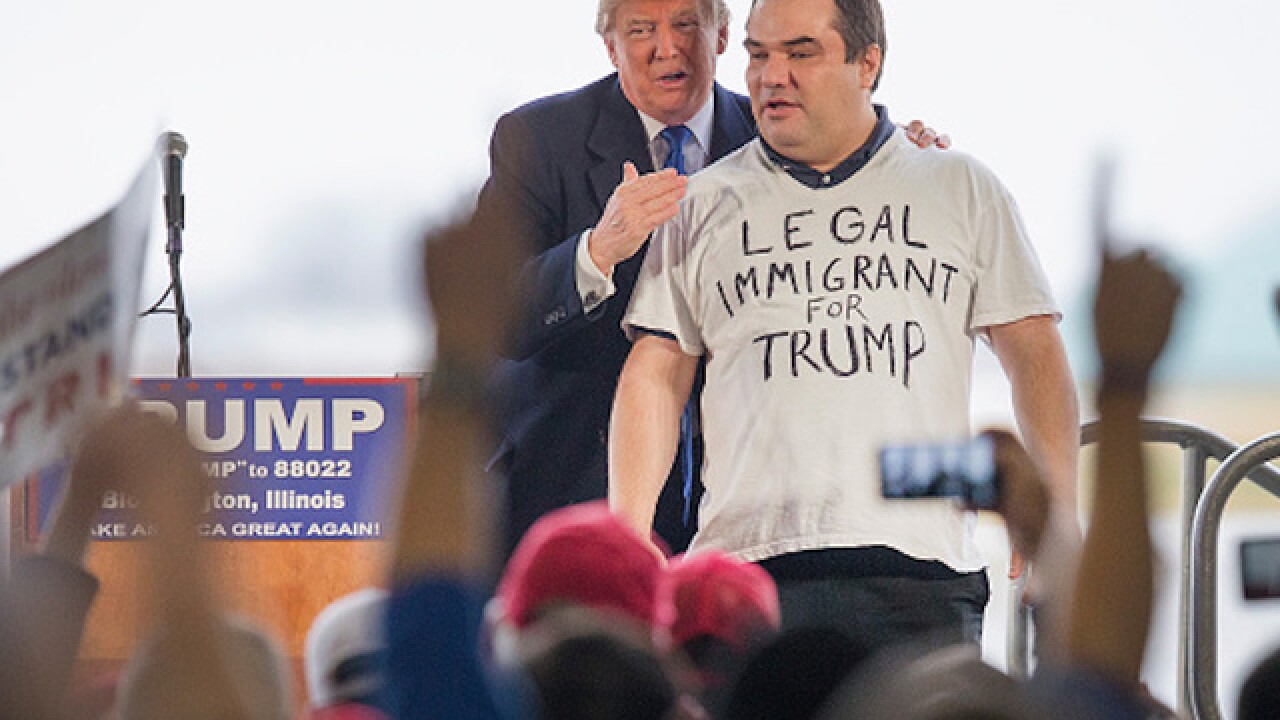 Copyright Getty Images
Scott Olson
<p>BLOOMINGTON, IL - MARCH 13: Republican presidential candidate Donald Trump pulls Alex Stypik from a crowd of supporters to show off his shirt during a rally at the Central Illinois Regional Airport on March 13, 2016 in Bloomington, Illinois. The Trump campaign cancelled a recent rally in Chicago after learning hundreds of demonstrators were ticketed for the event. Illinois voters go to the polls on March 15. (Photo by Scott Olson/Getty Images)</p>

But for Dotty Rhea, a 68-year-old retiree in Savannah, Tennessee, the directive was warranted.

"I do feel safer," she said in a conversation with CNN. "Nobody's angry with ... (immigrants), nobody hates them. We just need to protect ourselves."

While many politicians, including several Republicans, have taken issue with the executive order, Rhea is one of a number of Americans who stand by the President's decision.

Supporters of the ban point to prior terror attacks and say they want stronger vetting.

"We are just thrilled that President Trump has issued this ban and he's taking measures to protect us," said Debbie Meiners, 67, of Jacksonville, Florida. "We really believe in securing our borders and being a nation of safety.

"We love refugees, but we want only those coming here who love us and want to assimilate into our culture and way of life."

Jessica Herrmann, 50, of Coronado, California, said she is "perfectly fine" with immigration and has friends on all types of visas. But she thinks Trump's executive order will help ensure that nobody comes in without proper checks.

"We're not mean, we're not anti-American," said Herrmann, who grew up in a military family. "It's kind of sad that we're going to automatically assume that what Trump's doing is a horrible thing when we're just checking who's coming in (to the country)."

Many of the ban's proponents say they want to protect their families from something they perceive as a threat.

"We don't lock our doors before bed because we hate people outside," Tony Riley wrote on the Facebook page of CNN affiliate WKBW. "We lock them because we love the people inside."

Rhea, who called herself part of "average Middle America," said she saw the dangers of illegal immigration when she lived in South Florida and saw people arriving on boats. Trump's executive order will make America safer, she said.

"Just as people came way back when and came through Ellis Island -- they were vetted," the Tennessee woman said. "They weren't just allowed to flood our borders."

Pro-ban members of Congress say the top priority should be to keep Americans safe.

"I would not support a travel ban on Muslims," said Sen. Roy Blunt of Missouri. "I do support increased vetting on people applying to travel from countries with extensive terrorist ties or activity. These seven countries meet that standard."

"We are at war with Islamic extremists and anything less than 100 percent verification of these refugees' backgrounds puts our national security at risk," said Sen. Steve Daines from Montana.

Some conservative pundits agree. David French of the National Review argued that what's been lost in the outrage over the ban is that the mandates of the order are short-term until new screening guidelines are surmised -- and that exceptions can be made.

"We know that terrorists are trying to infiltrate the ranks of refugees and other visitors," French wrote. "A short-term ban on entry from problematic countries combined with a systematic review of our security procedures is both reasonable and prudent."