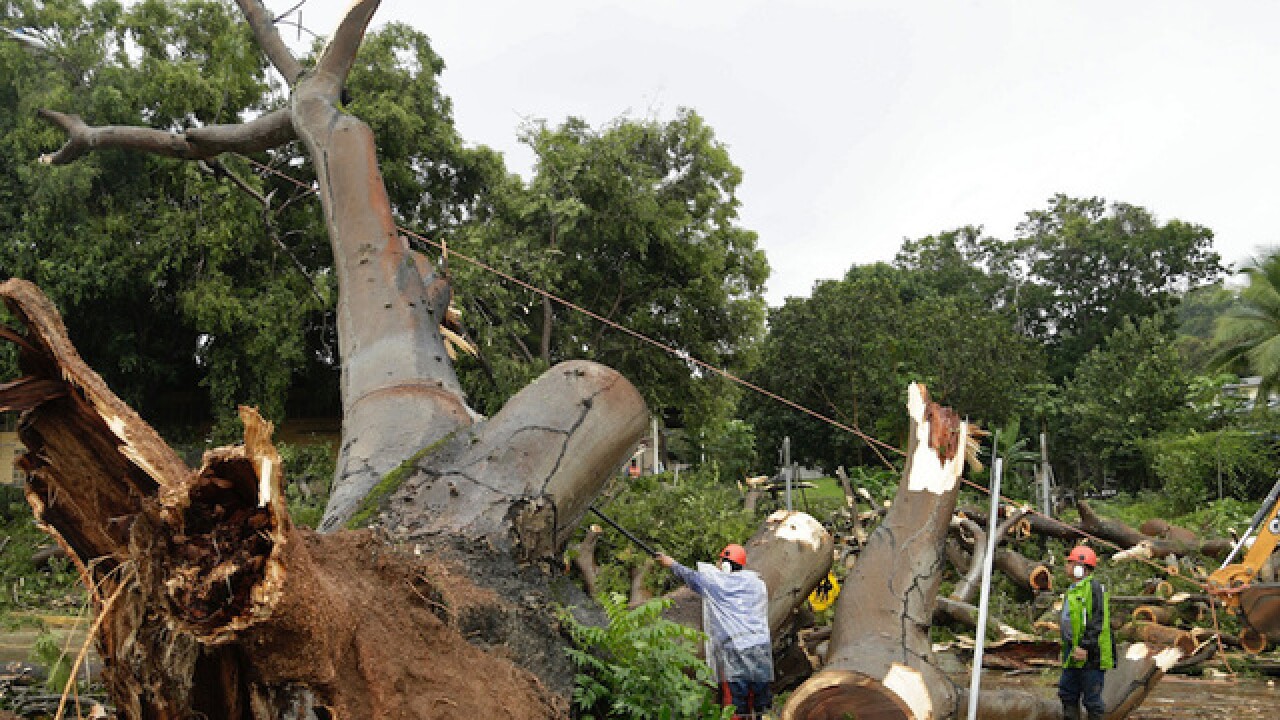 MANAGUA, Nicaragua (AP) — Hurricane Otto weakened rapidly as it moved across southern Nicaragua on Thursday after making landfall on that country's Caribbean coast as a dangerous Category 2 storm. It was the southernmost hurricane on record to hit Central America.

The U.S. National Hurricane Center said Otto had weakened into a Category 1 storm and was expected to emerge off of Central America's Pacific coast by early Friday as a tropical storm.

Authorities in Nicaragua said the hurricane had damaged houses and toppled trees, but so far there were no reports of casualties. Earlier, heavy rains from the storm were blamed for three deaths in Panama.

"There is a lot of rain, the sea is rough and the wind is strong. We have been in danger all night, getting cold and wet," said Alicia Lampson, 21, as she arrived at a shelter with a group of people from the village of Monkey Point, south of Bluefields, Nicaragua.

The Nicaraguan government declared a state of emergency, and said evacuations would continue because of the continued risk of flooding.

In Bluefields — the nearest major town on the Nicaraguan coast — residents rode out the hurricane.

"In our house, we have packed up some things in plastic bags and we went out to buy some provisions, just in case," said resident Jean Hodgson.

Further south — and closer to where Otto hit — residents in the smaller town of Punta Gorda said they were planning to ride out the hurricane.

"There is fear, because these kinds of things are scary, but we are praying and doing what the authorities have told us to do," said Punta Gorda resident Sara Pantin.

Nicaragua closed schools and was evacuating more than 10,000 people from communities in the storm's path. Heavy rains were expected to affect the entire country, raising the possibility of flooding and landslides.

Officials in Costa Rica ordered the evacuation of 4,000 people from its Caribbean coast and called off school nationwide for the rest of the week. Heavy rain was already causing flooding in some areas and the president announced that public employees would not have to work Thursday or Friday.

By Thursday afternoon, Costa Rica's Emergencies Commission said that 231 communities in the country's center-north had been affected, of which 23 were isolated because of damages to roads and highways.

Nicaragua also feared damage for impoverished farmers and to coffee crops that are almost ready for harvest.