George Lucas' Museum will be built in Los Angeles 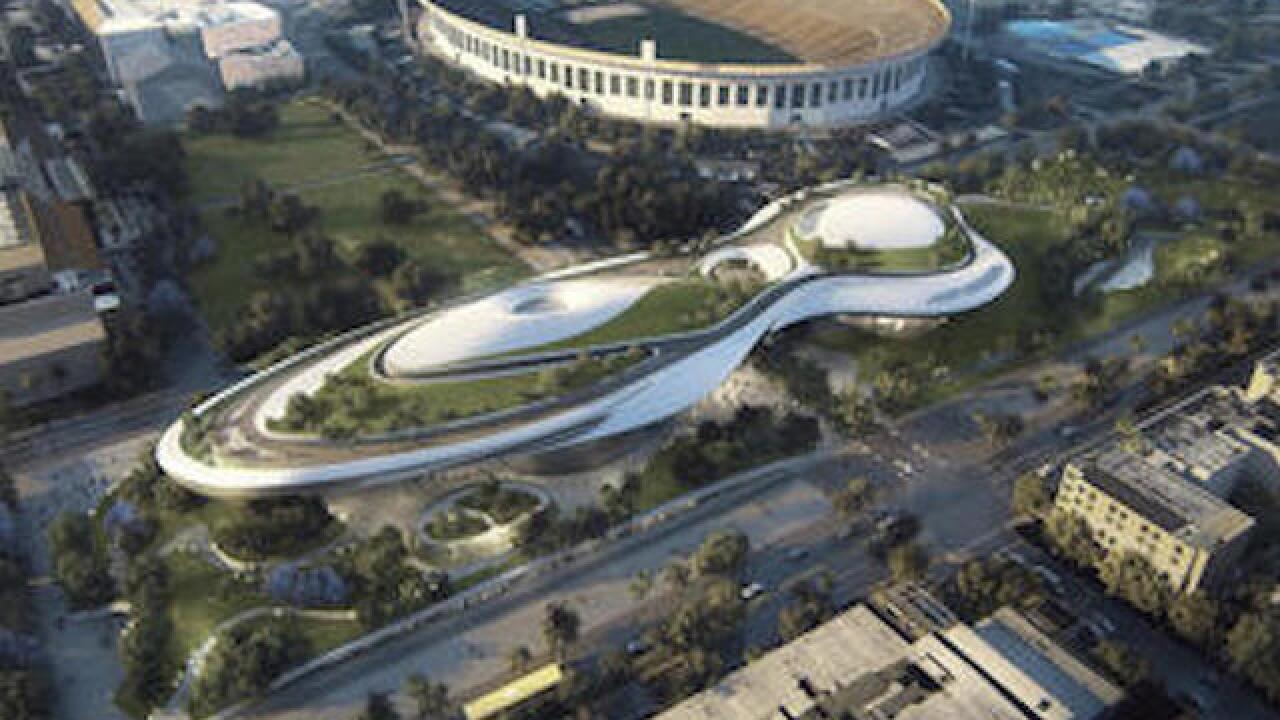 Copyright 2017 Scripps Media, Inc. All rights reserved. This material may not be published, broadcast, rewritten, or redistributed.
<p>This concept design provided by the Lucas Museum of Narrative Art shows a rendering of their proposed museum in Exposition Park in Los Angeles. In January George Lucas, the legendary filmmaker, is expected to decide whether he will put a museum for his extensive personal art collection in San Francisco or Los Angeles, after other attempts were upended by community opposition. (Lucas Museum of Narrative Art via AP)</p>

LOS ANGELES (AP) — "Star Wars" creator George Lucas and his team have chosen Los Angeles over San Francisco as the home of a museum that will showcase his work.

After what organizers called an extremely difficult decision, they announced Tuesday that the museum will be built in Exposition Park in Los Angeles, where it will sit alongside other more traditional museums.

Lucas has been trying to build the museum, called The Lucas Museum of Narrative Art, for nearly a decade, and is financing the project by himself.

The project became the subject of a rivalry between the two cities, with San Francisco offering Treasure Island in the middle of the bay as a home.