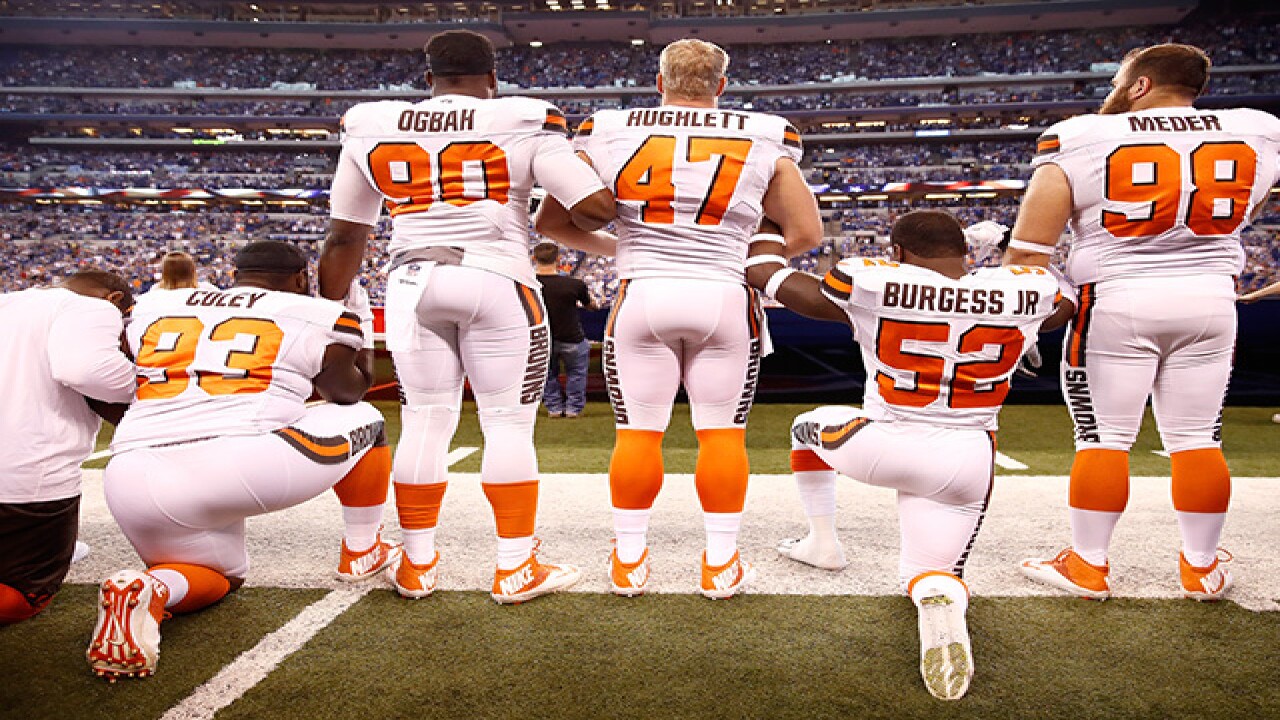 There has been a lot of talk over the last few days about athletes taking a knee during the national anthem, and it has elicited different reactions.

Some of the Cleveland Browns players knelt before Sunday's game against the Colts, and the Geauga County, Ohio sheriff does not support the players' choice.

He took a stand and prohibited any of his employees from attending any NFL games.

"For that reason, effective immediately any off duty details at NFL Games are prohibited...My season ticket seats will remain empty the rest of the season."

In a post on the Geauga County Sheriff's Facebook page on Monday, Sheriff Scott Hildenbrand shared that he attended Sunday's game in Indianapolis with some friends.

"During the National Anthem at least 21 Browns players kneeled as the entire stadium, made up of all races, ages, sex, religion and careers stood and removed their hats. All the police officers working in uniform were saluting. The fact that the team owners and NFL Commissioner condone this activity very much upsets me. As far as I am concerned almost the entire league disrespected every veteran that ever fought or died for this Country."

The NFL supported the players' choice to kneel and re-ran a unity ad that originally aired during February's Super Bowl. The ad promotes players embracing one another on the field and reflects the unifying force of the NFL, as portrayed in a tweet by NFL Commissioner Roger Goodell.

But Hildenbrand says these protests are not about unity. He says the protests are about the police, law enforcement and the government.