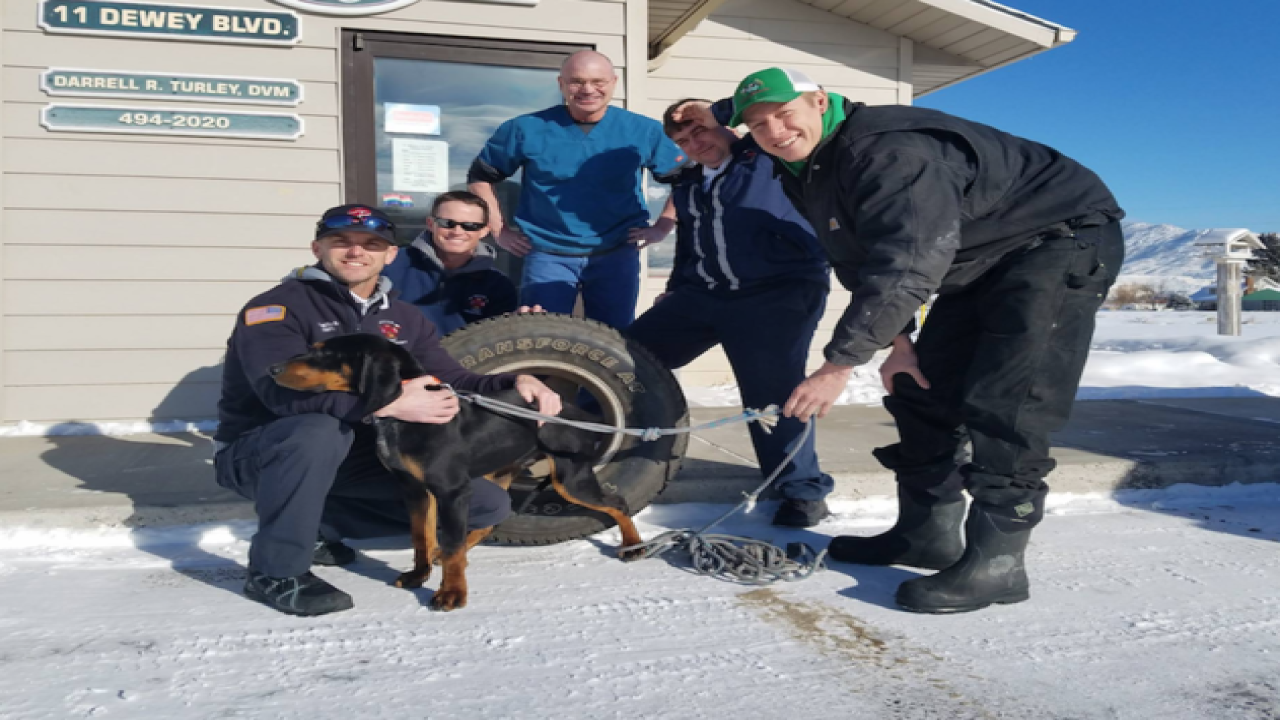 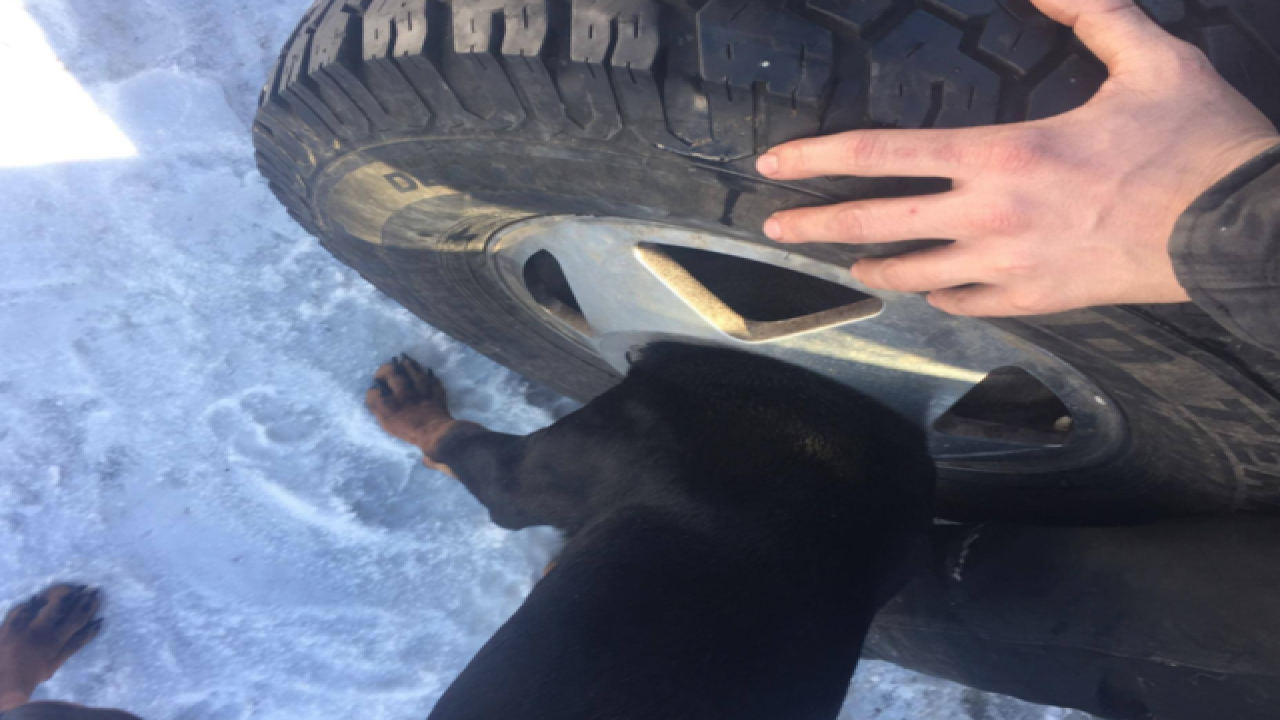 A Montana dog named Blaze found himself stuck in a tire while his owner left him in a backyard for a few hours on Monday.

When Blaze's owner returned home, the owner took Blaze to the veterinarian, who was unable to get the dog's body out of the tire. The vet then called the Butte-Silver Bow Fire Department.

It didn't take firefighters long to help the 8-month-old pup.

"With a lot of coconut oil, patience, a lot of ear tucking, and some powerful skin-pulling, Blaze’s head was quickly and successfully extricated from the tire wheel without the use of tools," the fire department said on its Facebook page.

The fire department said Blaze was calm during the entire ordeal, and just suffered from some minor neck swelling.

On Thursday, Blaze returned to the vet with his owner to visit the firefighters who helped him out of the tire. Blaze took photos with the vet, firefighters, and yes, the infamous tire.