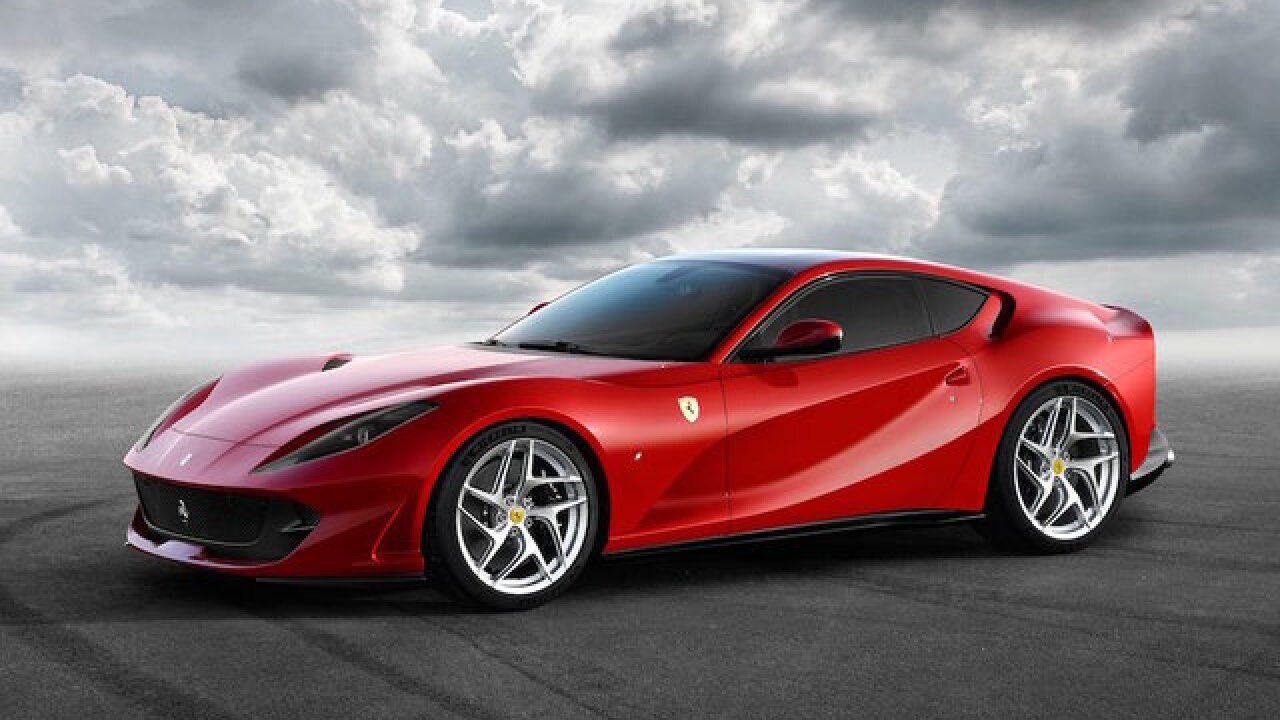 NEW YORK (CNNMoney) -- Ferrari will soon unveil the fastest and most powerful production car the Italian luxury performance brand has ever produced.

Powered by a 790 horsepower V12 engine, the Ferrari 812 Superfast, true to its name, will be able to go from zero to 60 miles per hour in under three seconds and will have a top speed of 211 miles per hour.

This won't be the fastest Ferrari, period, but it will be the fastest Ferrari model to come down the automaker's "regular" production line in Maranello, Italy. The 949 horsepower hybrid LaFerrari, for instance, is a lot more powerful, but all 499 of those were hand built at a price of $1.4 million each.

The 812 Superfast will be a great deal more affordable, relatively speaking. While Ferrari has not yet announced pricing for the 812 Superfast, prices for the the model it replaces, the F12 Berlinetta, start at $320,000.

Ferrari promises "a full, rich exhaust sound" from the big 6.5-liter engine mounted in the car's long nose. While the engine will rev to a wailing 8,500 rpm, most of the engine's torque, or raw pulling power, is available at speeds as low as 3,500 rpm. That should make for sharp, aggressive feel even when driving at low speeds.

The 812 Superfast will have a four-wheel-steering system in which the back wheels can turn the same direction as the front wheels during lane change maneuvers and in the opposite direction in turns to give the car a tighter turning circle.

With this car, Ferrari is bringing back the Superfast name used on classic Ferrari high-performance grand touring cars in the 1960s. Ferrari is also introducing a new paint color on this model, Rosso Settanta, or Red Seventy, to commemorate Ferrari's 70th anniversary.

The 812 Superfast will have its official unveiling at the Geneva Motor Show in early March.