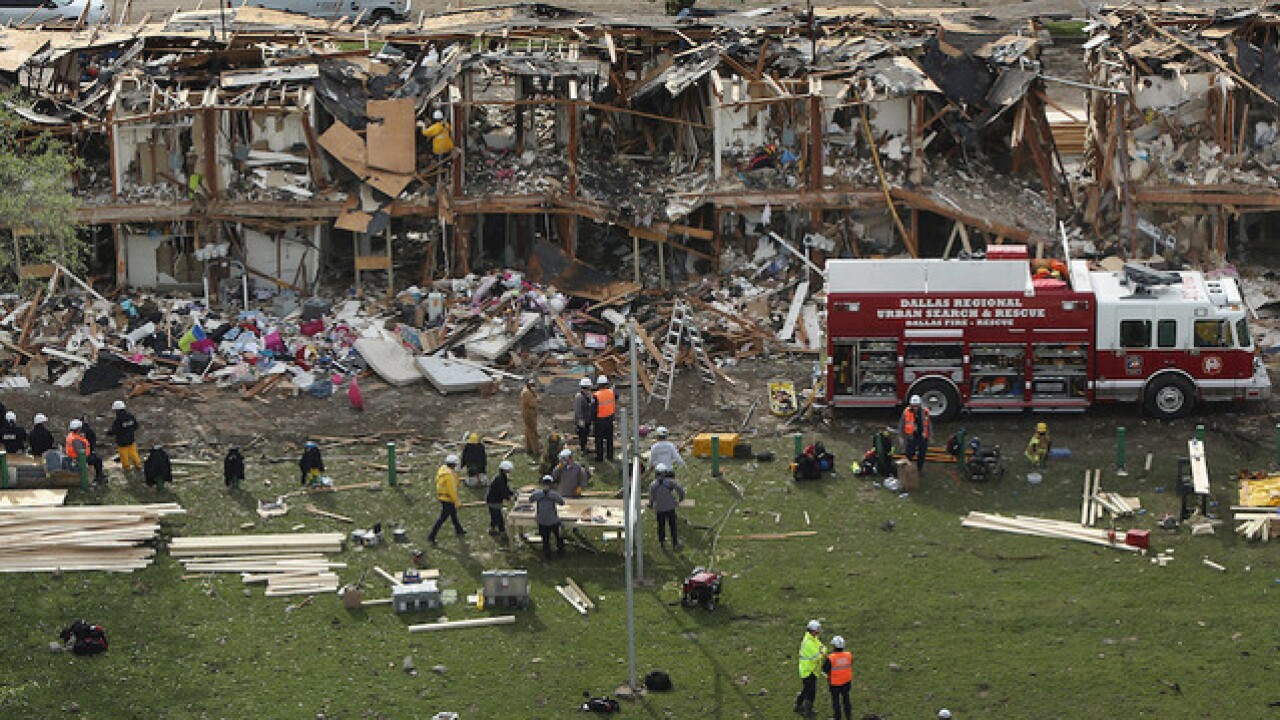 Copyright Getty Images
Chip Somodevilla
<p>Search and rescue workers comb through what remains of a 50-unit apartment building the day after an explosion at the West Fertilizer Company destroyed the building April 18, 2013 in West, Texas. </p> 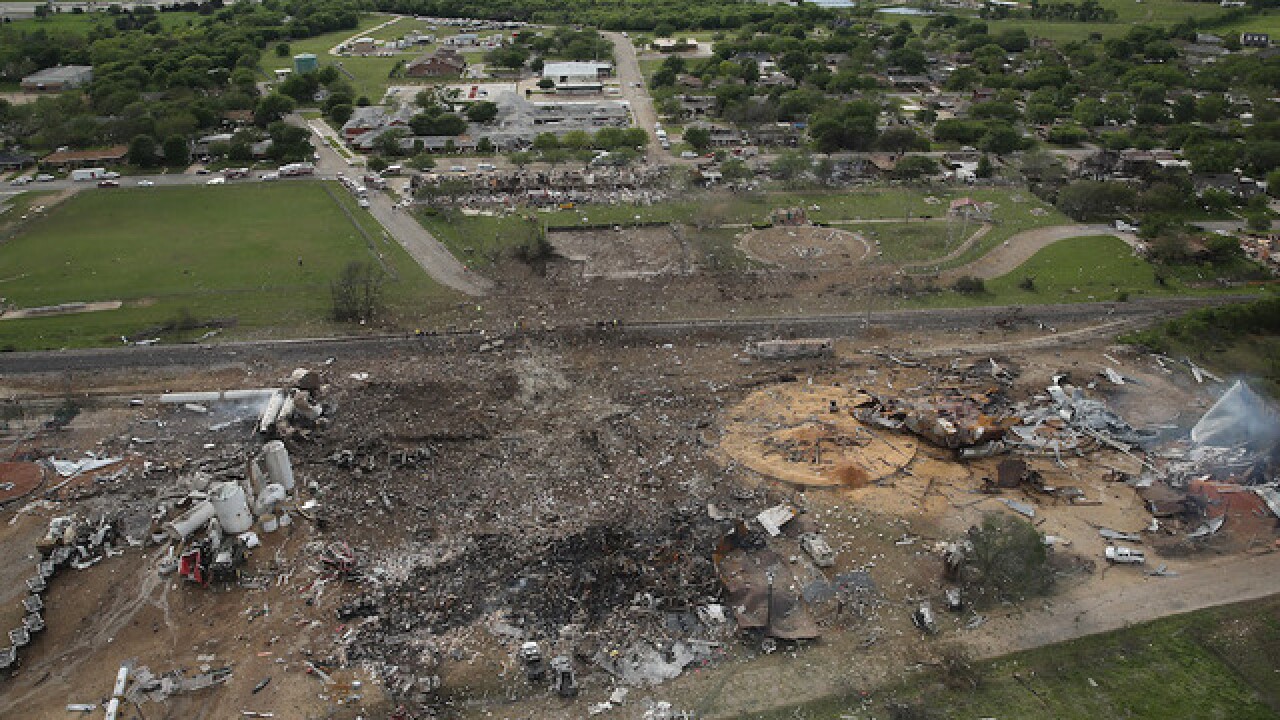 WEST, Texas (AP) — The fire that caused the deadly explosion at a Texas fertilizer plant in 2013 was a criminal act, federal authorities announced Wednesday.

Federal and state investigators said no arrests have been made but that they were investigating who was responsible for causing the fire at the West Fertilizer Co. facility on April 17, 2013, in the town of West. The fire caused ammonium nitrate to ignite, triggering a massive explosion that killed 15 people, injured hundreds and left part of the small town in ruins.

Inspectors have previously said three possible scenarios caused the fire: faulty electrical wiring, a short circuit in a golf cart stored at the plant, or arson.

In addition, federal regulators had previously issued a report that found inadequate emergency response coordination and training and careless storage of potentially explosive materials contributed to the blast. The U.S. Chemical Safety Board adopted recommendations that federal regulators set higher standards for safe handling and storage of fertilizer-grade ammonium nitrate.

Federal regulators say the way the fertilizer was stored, with combustible materials nearby, and the lack of ventilation were contributing factors to the detonation. But they also cited a failure to conduct safety inspections of the plant, shortcomings in emergency response such as with hazmat training, and poor land planning that allowed development to sprout around the plant over the years.

Among those killed in the explosion were 12 emergency personnel, primarily ones with the West Volunteer Fire Department who responded to the initial blaze. The Chemical Safety Board report says the response to the fire was flawed for various reasons, including for not establishing an incident command center and a lack of understanding about the possibility of a detonation.