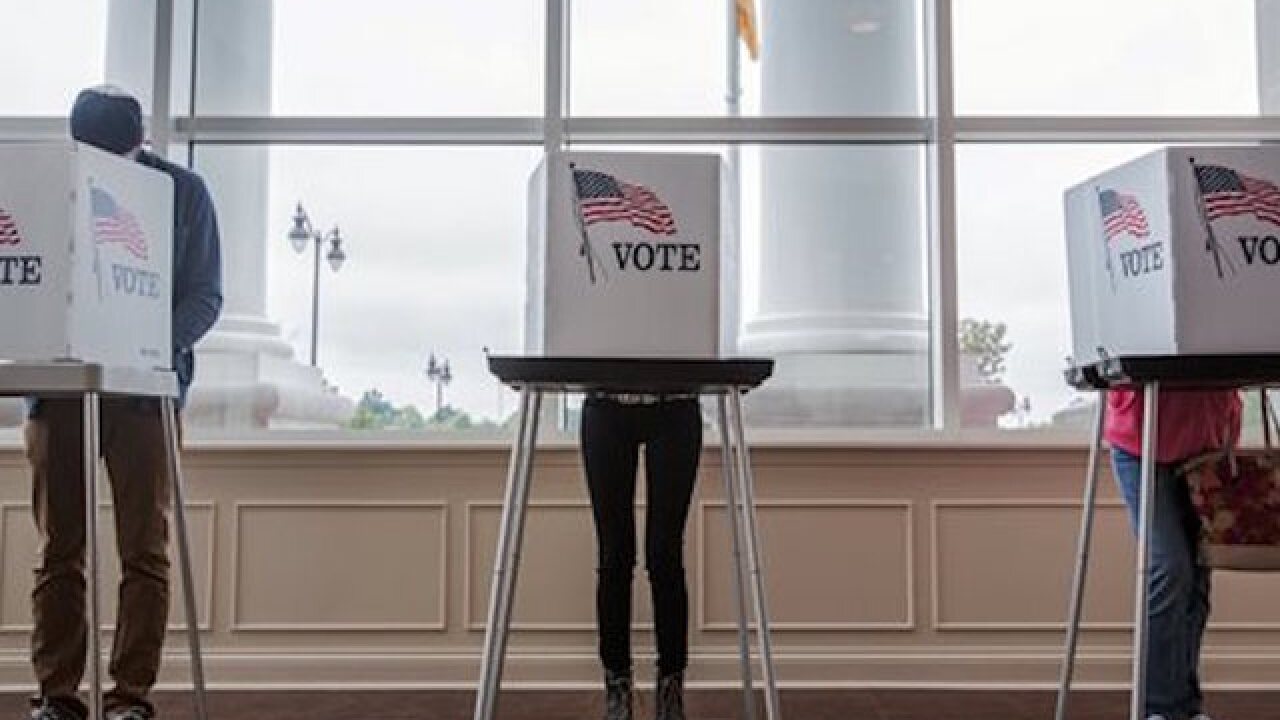 The Paducah Sun via AP
Ryan Hermens/The Paducah Sun
<p>McCracken County residents vote at the Lang No. 2 precinct located at Murray State University, Paducah, Ky., Regional Campus, Tuesday, May 17, 2016. The top race on Tuesday's ballot for Democrats is the presidential primary between Hillary Clinton and Bernie Sanders. Republicans held a presidential caucus in March, which was won by Donald Trump. Other major races on the primary ballot include seats for U.S. House, U.S. Senate and the state House. (Ryan Hermens/The Paducah Sun via AP) </p>

ANAHEIM, Calif. (AP) — Bernie Sanders' presidential campaign requested a recanvass in Kentucky's presidential primary Tuesday, where he trails Hillary Clinton by less than one-half of 1 percent of the vote.

The Sanders campaign said it has asked the Kentucky secretary of state to have election officials review electronic voting machines and absentee ballots from last week's primary in each of the state's 120 counties.

Sanders signed a letter Tuesday morning requesting a full and complete check and recanvass of the election results in Kentucky.

"He's in this until every last vote is counted and he's fighting for every last delegate," said Sanders' spokesman Michael Briggs.

Clinton holds 1,924-vote lead over Sanders out of 454,573 votes cast. The Associated Press had not called the race, despite Clinton's slight lead, in the event that Sanders might ask to recanvass the vote.

A recanvass is not a recount but a review of the voting totals. It is unlikely to affect the final outcome but could affect the awarding of a single delegate still up for grabs.

Sanders has vowed to amass as many delegates as possible in his lengthy primary fight against Clinton, where he trails the former secretary of state by 274 pledged delegates according to a count by The Associated Press. Clinton holds a substantial lead with party leaders and elected officials, called superdelegates, and is on track to clinch the nomination through the combination of pledged delegates and superdelegates after contests on June 7.

Sanders can ask a judge to order a recount or an examination of individual ballots but his campaign would have to pay for it. The deadline to request a recanvass is Tuesday at 4 p.m.

Clinton and Sanders both picked up 27 delegates in Kentucky and one remaining delegate will be allocated in the sixth congressional district, which includes Frankfort and Lexington. The delegate will be awarded based on final vote tallies and Clinton currently leads Sanders by a slim margin of about 500 votes in that district.

The recanvass is conducted by the state at no cost to the campaign.

A tip in the statewide vote in Sanders' favor would not guarantee him that last delegate. But if a recanvass were to determine he actually received more votes than Clinton in the sixth congressional district, Sanders could earn the last remaining delegate that Clinton would otherwise receive.

Earlier this year, Sanders could have pressed for a review of voting results in the leadoff Iowa caucuses and in Missouri's primary. He narrowly lost both contests. But in those cases he chose not to contest the results but pursue delegates later in the process.