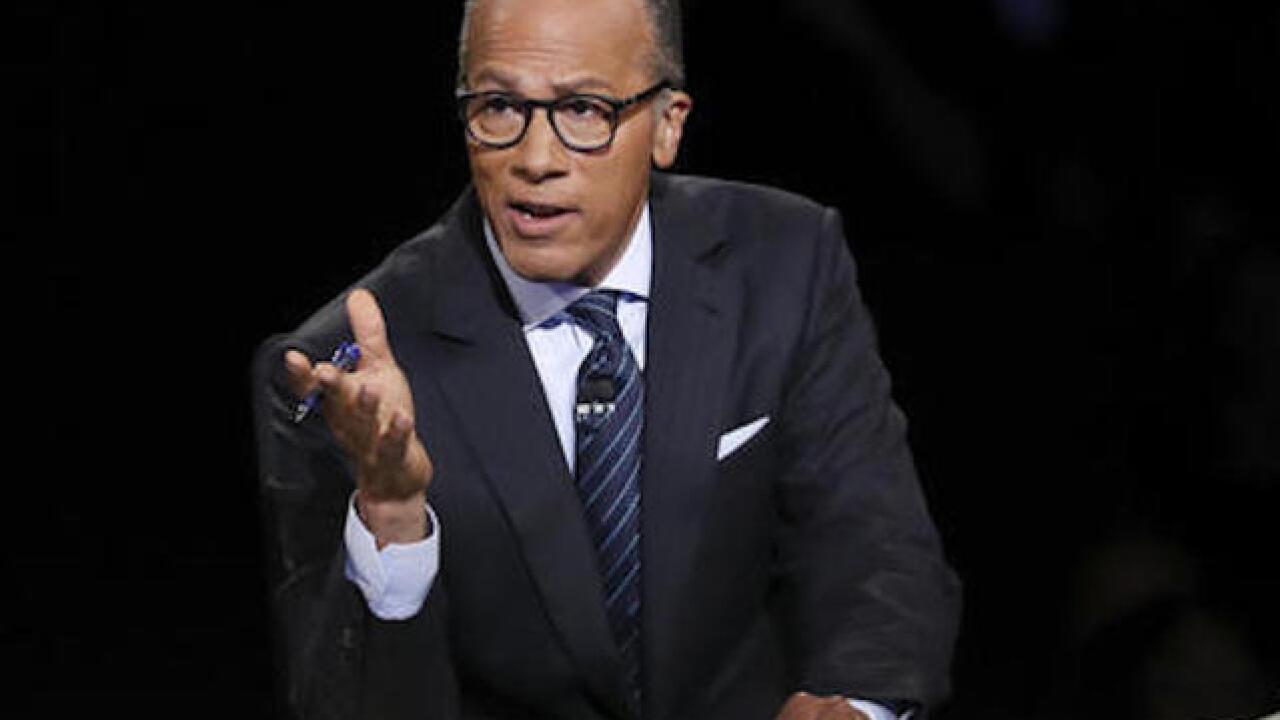 NEW YORK (AP) — NBC's Lester Holt struggled to keep control of the first debate between Hillary Clinton and Donald Trump, learning the dangers of fact-checking in the midst of a tense confrontation being viewed by tens of millions of people.

The NBC News veteran was moderating his first general election debate Monday night, making him solely responsible for the questions asked each candidate and for steering the conversation. At the debate's opening, he let the conversation flow and the candidates go after each other.

It's a strategy many debate moderators prefer but, in the debate's initial stages, left him vulnerable to criticism that he had lost control of the action. The first subject area that Holt introduced, intended to last for 15 minutes, stretched for nearly 45 minutes.

Holt challenged the candidates, particularly Trump, on factual matters as the debate went on. When the "stop-and-frisk" policy of policing was discussed, Holt told Trump that it was declared unconstitutional in New York largely because it singled out black and Latino young men.

"No, you're wrong," Trump said, adding that he believed the court decision would have been overturned on appeal.

Said Holt: "The argument is that it's a form of racial profiling."

Trump replied: "The argument is that we have to take the guns away from the people who are bad people who shouldn't have them."

Holt later brought up the issue of Trump's questioning whether President Barack Obama had been born in the United States, and asked him what made him conclude this month that Obama was indeed a legitimate citizen. Trump twice did not address the question.

"What do you say to American people of color..." Holt started asking, and Trump cut him off.

"I say nothing," Trump replied.

Later, Trump disputed reports that he had expressed support for the war in Iraq, calling it a false story put out by the mainstream media. Fact checkers have accused him of not telling the truth.

Holt repeatedly tried to get the candidates to adhere to time limits that were often ignored.