A look at the delegate math for Clinton, Sanders 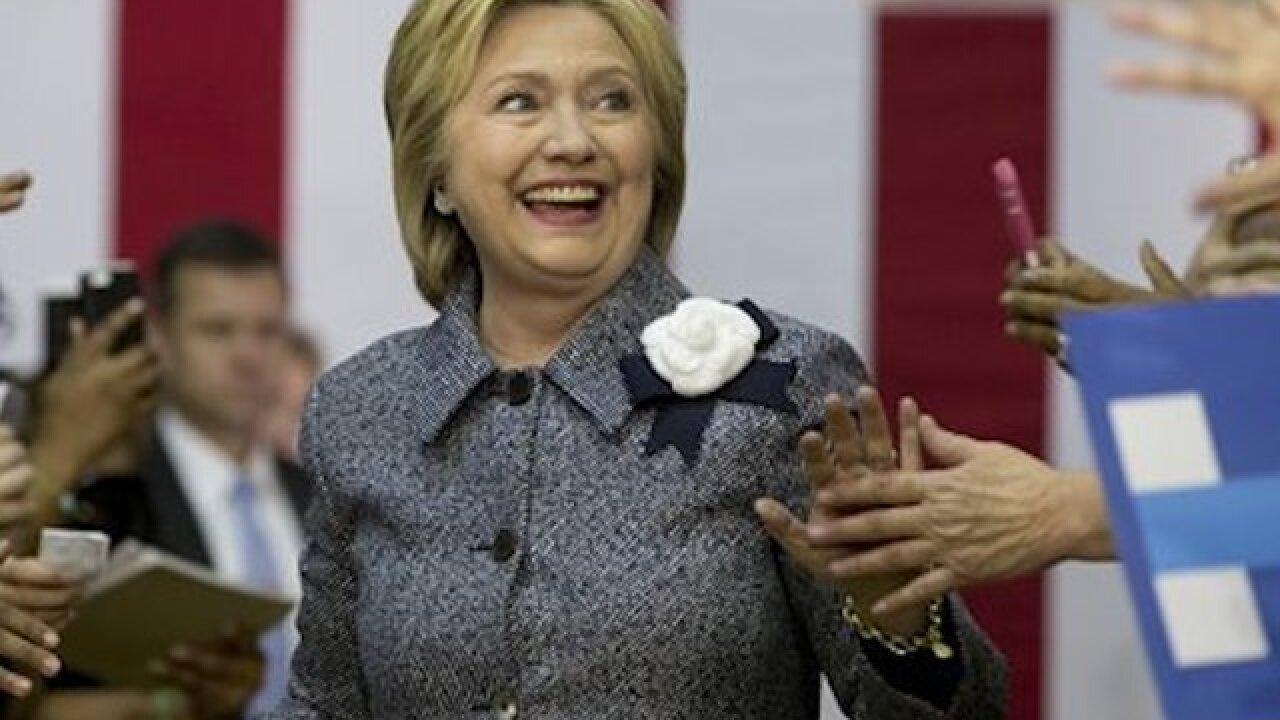 WASHINGTON (AP) — Hillary Clinton can't win enough delegates to wrap up the Democratic nomination in Tuesday's elections, but she can nonetheless take a big step forward.

Owing to her big primary wins in the South, Clinton has 214 more pledged delegates than rival Bernie Sanders. Her lead is even larger when superdelegates — party insiders who can support any candidate they wish — are included in the tally. With them, Sanders has just 580 delegates to Clinton's 1,235, or more than half the number needed to win her party's nomination.

With 691 delegates at stake, Tuesday's contests offer Clinton an opportunity to net a big chunk of delegates, putting her on an unobstructed path to the nomination. Voters head to the polls in Florida, Illinois, Missouri, North Carolina and Ohio, and by night's end she stands to be at least two-thirds of the way toward reaching the general election.

But barring a sweep or close to it, it's still likely to be a long spring for Clinton. That's due to some tedious delegate math and a slowing primary calendar after Tuesday. Democrats award delegates in proportion to the share of the vote, so even the loser gets some.

Here's a look at how various outcomes in Tuesday's races could shape the race for the Democratic nomination:

Under Sanders' self-described best scenario, he wins Missouri, Illinois and Ohio, while losing to Clinton in Florida and North Carolina by bigger margins.

If so, she'll still come out ahead in delegates on the night, ending it at roughly 1,600 delegates.

Still, Clinton will be as many as 800 delegates short of reaching the 2,383 needed to win the nomination, underscoring her long road ahead. Just over 1,000 delegates will be at stake from late March through the end of April, a pot that won't be big enough for Clinton to wrap things up if she keeps splitting contests with Sanders.

For his part, Sanders would claim fresh momentum, having won nearly half the states that voted to date — 12 to Clinton's 14. He's also heading into a batch of upcoming caucus states, which are friendly to him.

But net gains will be hard to come by. Sanders needs to start posting big blowout wins to catch up to Clinton.

If Clinton were to win four or five states on Tuesday, she will net several dozen more delegates, adding to her 200-plus pledged delegate lead earned in the primaries and caucuses to date.

The most likely outcome in such a scenario: big delegate gains in Florida and North Carolina, and narrower wins and delegate hauls in Illinois, Ohio and Missouri.

She would still need 700 or so delegates to clinch — narrow wins don't net many delegates. But Clinton will have reclaimed momentum, having won as many as 17 states to Sanders' nine.

And in that case, even with his strong fundraising, it will be increasingly hard for Sanders to make the case he can be the nominee. Clinton would need to win roughly 35 percent of the remaining delegates and uncommitted superdelegates through June, compared to 65 percent for Sanders.

Up to this point, she's been winning about 68 percent.

Clinton has superdelegates to thank for her substantial delegate lead.

If the nomination were decided based on just primaries and caucuses, Clinton would still need to gain 46 percent of the remaining delegates to earn an outright majority of pledged delegates. Sanders would need to win 54 percent.

That's an uphill battle for Sanders, but it's almost insurmountable when including superdelegates. Those party officials, governors and members of Congress make up nearly one-third of the 2,383 delegates needed to win.

When including superdelegates, Sanders currently needs to win 61 percent of the remaining delegates and uncommitted superdelegates heading into Tuesday's contests to clinch the nomination; up to now he's only been winning 32 percent.

That low percentage is due to his particularly poor performance among superdelegates: he has 26 endorsements to Clinton's 467, or just 5 percent of those who have expressed support for a candidate.