Cummings: Trump made up a story about me 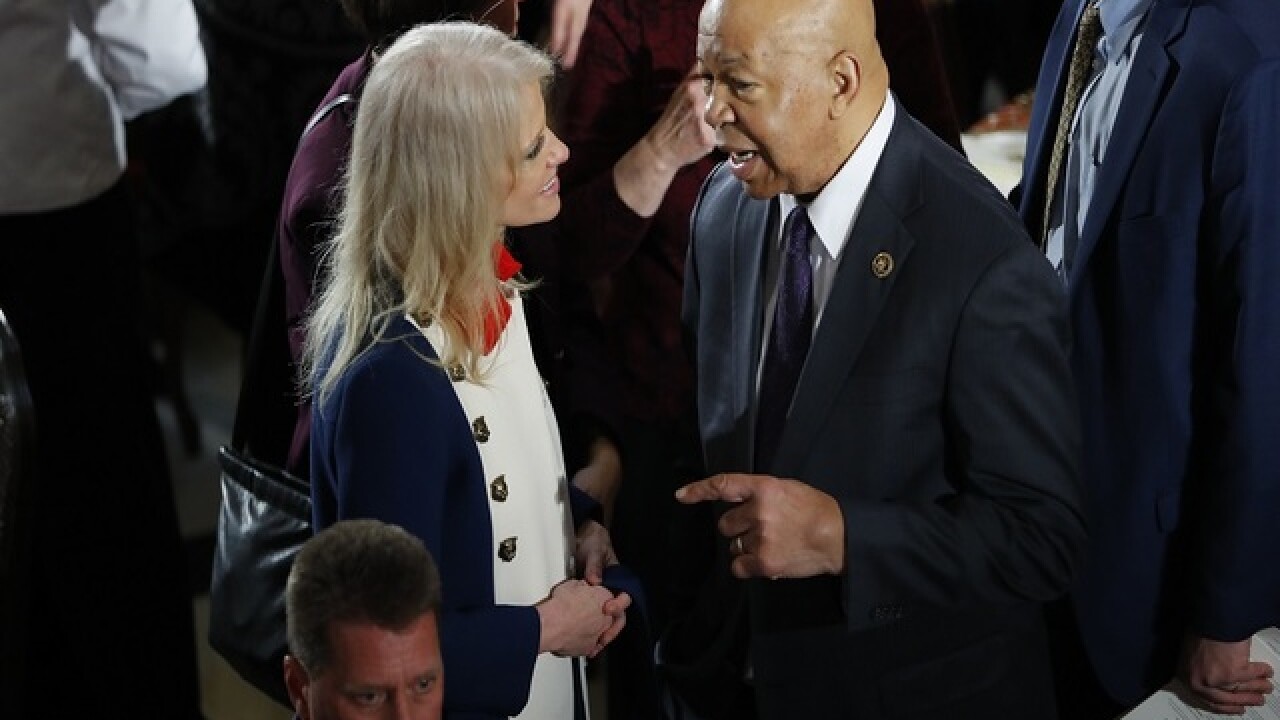 Copyright 2017 Scripps Media, Inc. All rights reserved. This material may not be published, broadcast, rewritten, or redistributed.
Aaron P. Bernstein

WASHINGTON (CNN) -- President Donald Trump claimed earlier Thursday that Rep. Elijah Cummings canceled a meeting with him because it would be "bad politically."
But the Maryland Democrat insisted to CNN's Wolf Blitzer that never happened.
The dispute began during Thursday's news conference, when Trump asked reporter April Ryan if she would set up a meeting between him and the Congressional Black Caucus. Trump then said Cummings was "all excited" to meet with him but had to cancel the meeting.
"He wanted it, but we called, called, called and I can't make a meeting with him. Every day, I walk and say, 'I would like to meet with him,' because I do want to solve the problem. But he probably was told by (Senate Minority Leader Chuck) Schumer -- or somebody like that, some other lightweight -- he was probably told, he was probably told, 'Don't meet with Trump. It's bad politics.'"
"I have no idea why President Trump would make up a story about me like he did today," Cummings replied in a statement.
Cummings then told Blitzer on "The Situation Room" that he's "still excited" about meeting with the President. "I think basically his staff gave him some incorrect information," he said.
"The meeting was never set, we didn't get all these calls that he talked about. As a matter of fact, I'm still looking forward to meeting with the President."
Cummings said Cedric Richmond, the chairman of the Congressional Black Caucus wrote a letter on January 19 but have received no response.
The point of the meeting was in regard to high prescription drugs prices.
"I'm happy to meet with the President," Cummings added. "Keep in mind, this is my President, this is your President for the next four years. Those things we can work together on: Social Security, making sure people's children can get into college and be able to afford it, jobs, infrastructure, I'm with him. Where our values clash, that's a whole other issue."
CNN has reached out to the White House for a response to Cummings' remarks.
CNN's Jeremy Diamond contributed to this report.
The-CNN-Wire
™ & © 2017 Cable News Network, Inc., a Time Warner Company. All rights reserved.
Copyright 2017 Scripps Media, Inc. All rights reserved. This material may not be published, broadcast, rewritten, or redistributed.