Too good to be true? College professor working on hangover-free alcohol 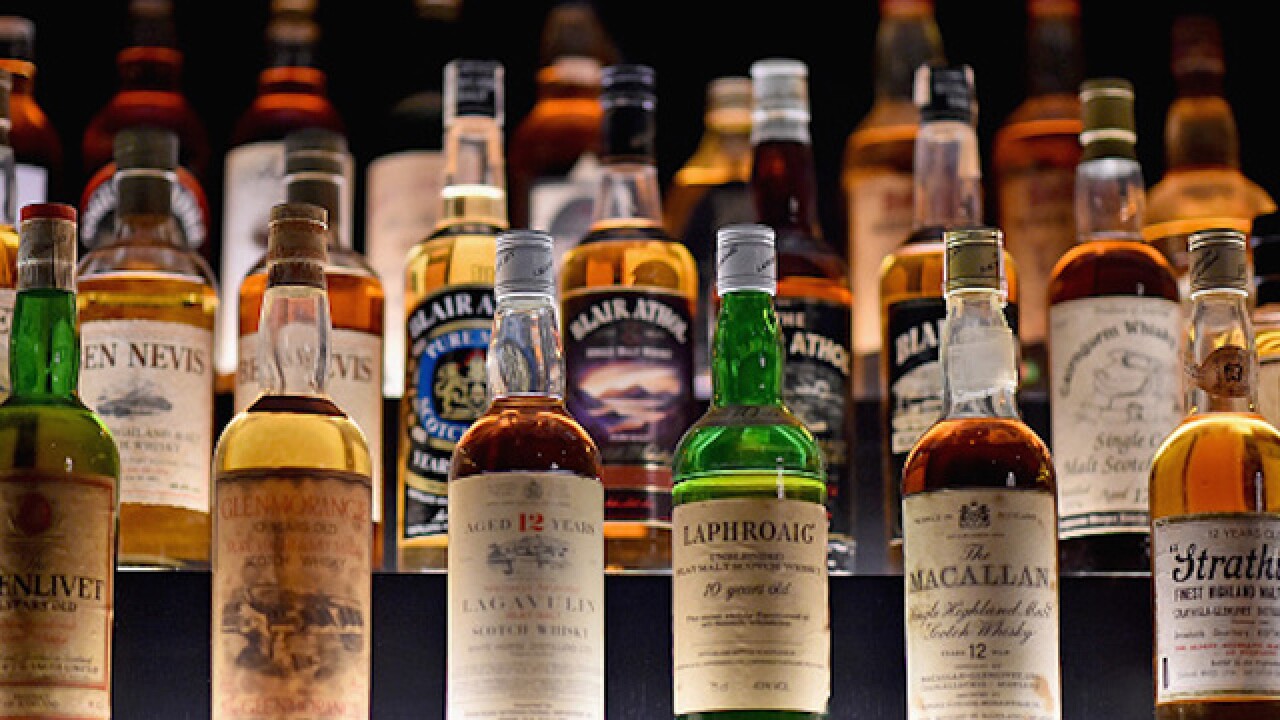 Jeff J Mitchell
<p>EDINBURGH, SCOTLAND - SEPTEMBER 03: Bottles of whisky on display in the Diageo Claive Vidiz Collection, the world's largest collection of Scottish Whisky on display at The Scotch Whisky Experience on September 3, 2015 in Edinburgh,Scotland.Plans to introduce a minimum unit price for alcohol in Scotland risk infringing EU rules on free trade, according to an initial ruling by Europe's top court. (Photo by Jeff J Mitchell/Getty Images)</p>

Looking to grab some drinks with friends but avoid the next-day consequences? A British college professor may have your answer.

The Independent reports that Imperial College Professor has developed a drink that allows people to get drunk but avoid the next-day hangover.

Alcosynth, developed by Professor David Nutt, is liquid chemical added straight to cocktails that is designed prevent the headaches, nausea and dry mouth that occur after a night of drinking. Nutt also says alcosynth is better for long-term health than traditional alcohol.

“It will be there alongside the scotch and the gin, they'll dispense the alcosynth into your cocktail and then you'll have the pleasure without damaging your liver and your heart,” he told The Independent.

Researchers have been searching for an elusive recipe for a hangover-free alcohol for years. In 2011 , researchers developed a type of alcosynth but were criticized for including benzodiazepine — an drug similar to Valium.

Nutt assures that his version of alcosynth does not include benzodiazepine, but he is keeping his formulas to himself.

Nutt says he’s patented 90 different alcosynth compounds, but that doesn’t mean your next weekend bar crawl will be hangover-free. Nutt is currently in the early stages of research, and still needs major funding to make alcosynth widely available.

However, Nutt is hopeful that newly-legalized drinkers will be able to have hangover-free weekends in their lifetime.