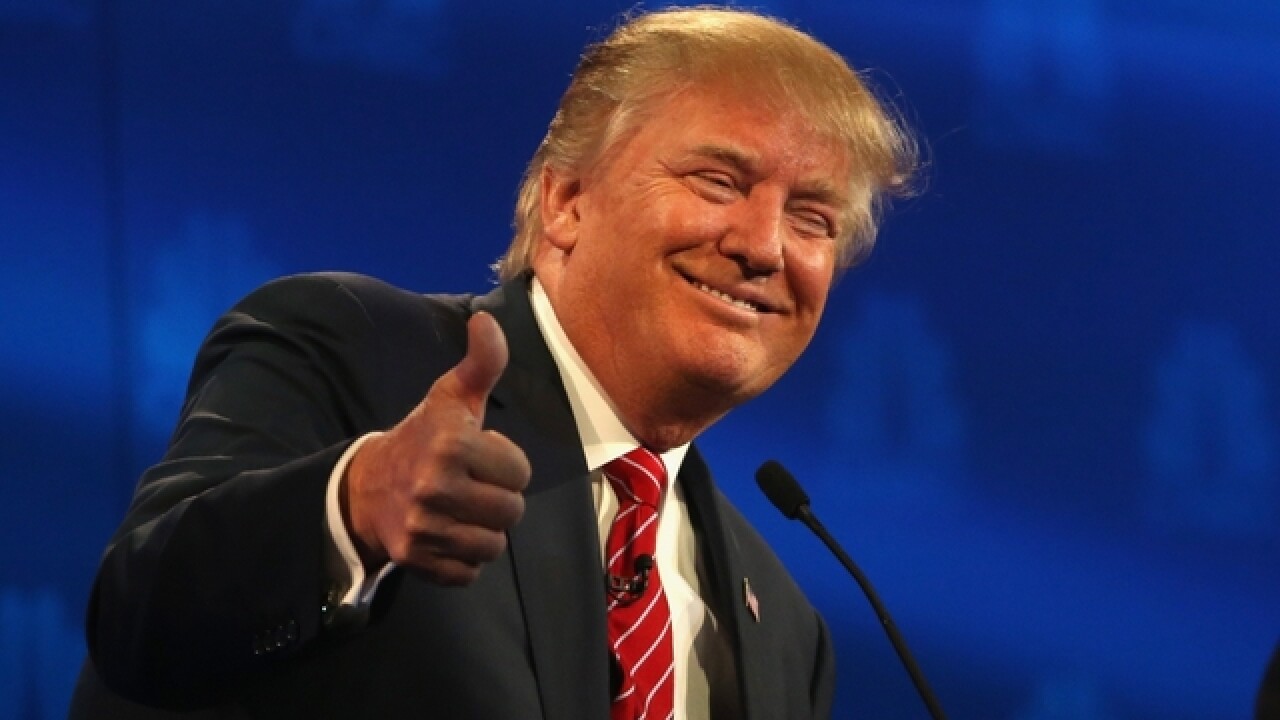 By: Associated Press
Posted at 6:51 PM, Apr 10, 2016
WASHINGTON (AP) — The Democratic and Republican presidential candidates are coming to terms with the cold mathematical reality of chasing delegates ahead of their nominating conventions, with front-runners Hillary Clinton and Donald Trump driving for challenge-proof majorities against rivals who won't go away.
For Trump, who remains well short of the 1,237 delegates he needs to clinch the GOP nod, that means his campaign focuses on developing a delegate-centered strategy akin to the one that rival Ted Cruz has pursued for months.
"A more traditional approach is needed and Donald Trump recognizes that," Paul Manafort, Trump's new delegate chief, said Sunday on NBC's "Meet the Press."
Even so, the billionaire developer later in the day complained that the system is "corrupt" and "crooked" and said it's unfair that the person who wins the most votes may not be the nominee.
"What they're trying to do is subvert the movement with crooked shenanigans," Trump told a crowd of thousands gathered in a packed airport hangar in Rochester, New York. "We're supposed to be a democracy," he added, drawing parallels with Democratic candidate Bernie Sanders.
If denied the GOP nomination, he went on to warn, "you're going to have a big problem, folks, because there are people who don't like what's going on."
For Clinton, who lost Wyoming Saturday night to Sanders, it means maintaining her commanding leads among delegates and popular votes no matter how many states Sanders wins — or how much "momentum" he claims. Key to her drive is a win April 19 in New York, which she represented in the U.S. Senate.
Asked in a CNN interview that aired Sunday whether she's quietly preparing a strategy in the unlikely event of a contested Democratic convention, she replied, "No, I intend to have the number of delegates that are required to be nominated."
After stops in New York City churches, Clinton headed to Baltimore for her first campaign rally in Maryland, where she picked up the endorsement of popular local congressman Elijah Cummings.
Maryland, where Clinton is favored, holds its primary on April 26 along with Pennsylvania, Rhode Island, Delaware and Connecticut.
Clinton's campaign is pushing for big wins across the northeast, in an effort to gain what they've termed an "all but insurmountable" lead in the delegate race. It's a strategy shared by Trump, who is also looking to win all the delegates he can in New York.
With neither front-runner strong enough to claim inevitability, their challengers stuck to the hope that by winning more races and cozying up to delegates, they stand a chance of eventually grabbing their respective party nominations.
For Ohio Gov. John Kasich, it's about winning enough delegates to keep all candidates from locking up the majority. And that means sowing doubts about the effect that a Trump or Cruz nomination would have on the party. He said there's "great concern" not just about how each would represent the GOP, but about the prospect of a blowout loss up and down the ticket in November.
"We would lose seats all the way from the statehouse to the courthouse" — meaning races all down the ballot, Kasich told CBS's "Face the Nation."
Sanders, behind Clinton by hundreds of delegates and more than 2.4 million votes, is pointing to statewide wins in seven of the last eight contests. But his latest victory in Wyoming did nothing to help him in the delegate chase: Both Sanders and Clinton got seven delegates.
On CBS, Sanders noted that the contest has moved from the conservative South — "Not a stronghold for me" — into states like New York, Pennsylvania and California where he expects to do well.
"Our plan right now is to win this thing," Sanders said on "Face the Nation." ''I think we have a real shot to end up with more delegates."
On the Republican side, Trump continued to try to catch up to Cruz's ground operation, which is months ahead and trying to eat into Trump's home state support in conservative pockets of New York. Manafort said the Cruz campaign was using a "scorched earth" approach in which "they don't care about the party. If they don't get what they want, they blow it up."
"The key, especially for uncommitted delegates, is the electability question," Manafort said on NBC.
They spoke after Cruz completed his sweep of Colorado's 34 delegates by locking up the remaining 13 at the party's state convention in Colorado Springs. He already had collected 21 delegates and visited the state to try to pad his numbers there.
Clinton has 1,287 delegates based on primaries and caucuses, compared to Sanders' 1,037. When including superdelegates, or party officials who can back any candidate, Clinton has 1,756, or 74 percent of the number needed to clinch the nomination. Sanders has 1,068.
Trump still has a narrow path to nailing down the Republican nomination by the end of the primaries on June 7, but he has little room for error. He would need to win nearly 60 percent of all the remaining delegates to clinch the nomination before the convention. So far, he's winning about 45 percent.
Following Cruz's sweep of Colorado's remaining delegates on Saturday, the Associated Press count stands at Trump 743, Cruz 545, and John Kasich 143. Marco Rubio, who suspended his campaign, has 171 delegates.
Associated Press 2016