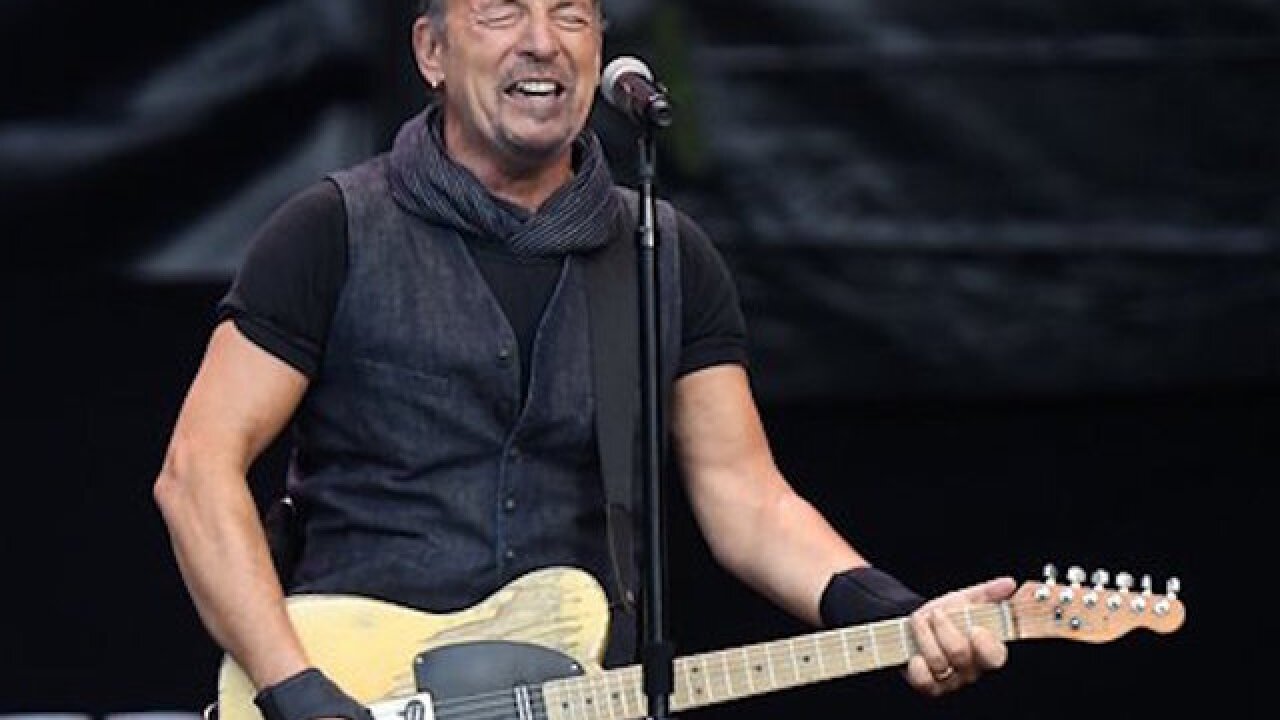 SAN FRANCISCO (AP) — Bruce Springsteen credits his music with helping him navigate depression and says playing marathon shows until he was exhausted helped chase away the blues.

The legendary rock star spoke to a sold-out crowd in San Francisco on Wednesday night in a one-hour, 20-minute on-stage interview as part of a nationwide tour for his best-selling new autobiography "Born To Run."

"The Boss" has a storyteller's knack for recounting the past in vivid detail, with quick wit and humor. He discussed the labored process of writing the book, which took seven years, his troubled relationship with his father, sweet memories of raising his three children with wife and longtime backup singer, Patti Scialfa, and his history with depression, as he does in the book.

"I think music was the way that I medicated myself in the beginning. It was the first thing that centered me and chased away the blues," Springsteen said, seated in an armchair beside his interviewer on stage at the historic Nourse Theater.

"I found that the experience of playing cleared my mind and give me a brief moment of respite from the things that tended to disturb me," he said. "I found out that exhaustion was my friend. Because if I got myself tired enough, I was simply too tired to be depressed."

Dressed in his uniform of jeans and a black leather jacket, Springsteen is a youthful 67. The only visible nods to his age: A slightly receding hairline and a need for reading glasses — he calls them "cheaters" — when asked to read from his book.

He joked about the seven-year writing process: "Yeah, that sounds like I did a lot more work than I did," drawing laughter.

He wrote the 508-page book in longhand, then would dictate sections to an assistant, "who would put it in the computer." He edited and rewrote until he figured, "Well, that's as good as I can do without somebody's help."

The father of three said he tried to keep his stardom away from home.

"There wasn't any memorabilia around the house, we didn't have any of that stuff out. We had some guitars and a piano," Springsteen said. "We never made a big deal of it in the house."

Well into their teens, his children were "relatively unfamiliar with most of the work I'd done," he said, "which is very normal. I mean, I wasn't out there looking for three more fans," pausing for laughter.

The book "Born to Run" came out in late September and has risen to the top of best-seller lists.

But Springsteen doubts he's got a sequel in him: "I think this is my swan song. I can't imagine writing another one."