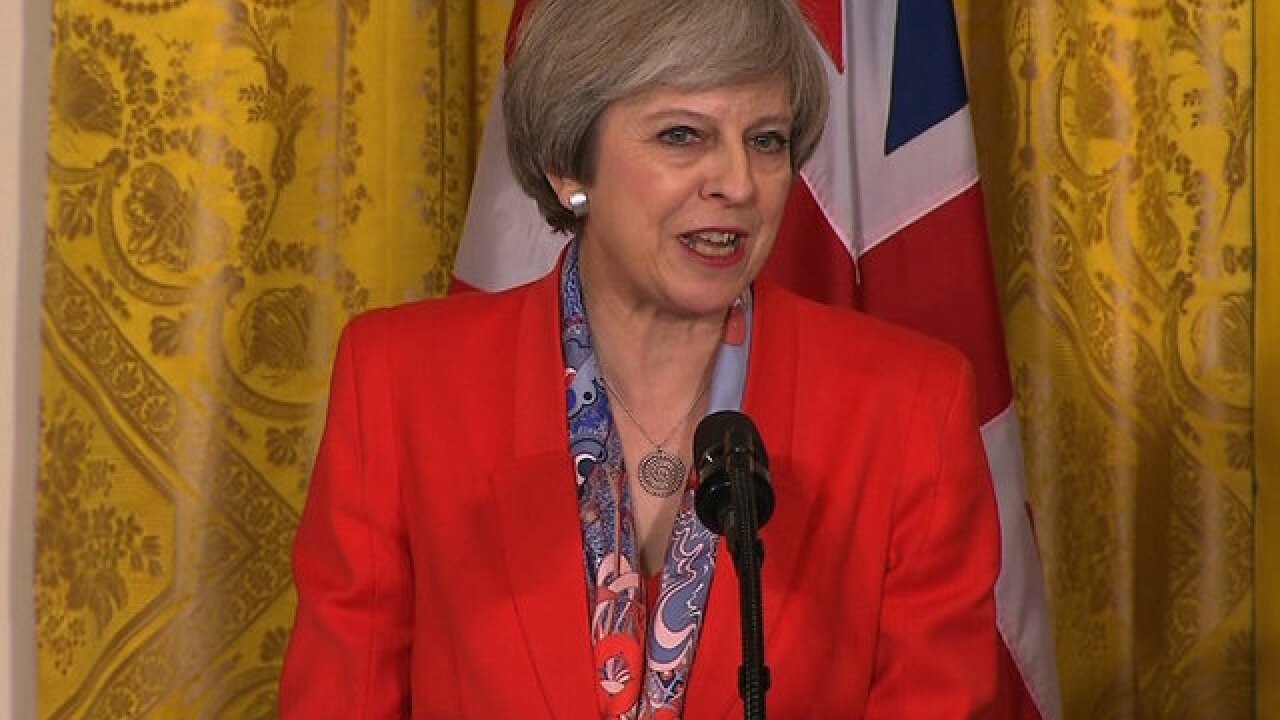 © 2017 Cable News Network, Inc.
CNN
<p>U.K. Prime Minister Theresa May will call on other members of the European Union to increase their defense spending at a summit in Malta on Friday, Feb 3, 2017. (File Image)</p>

LONDON (CNNMoney) -- U.K. Prime Minister Theresa May will call on other members of the European Union to increase their defense spending at a summit in Malta on Friday.

May is expected to brief EU leaders on her recent trip to the United States, where she received assurances that President Trump is fully committed to NATO.

The push for more defense spending follows a warning from U.K. Defense Secretary Michael Fallon on the dangers of Russia's military resurgence: Moscow's recent aggression couldn't be treated as "business as usual."

NATO was designed to counter exactly such a threat. But Trump called the alliance "obsolete" during the presidential campaign and accused other members of not spending their fair share.

"We are spending a tremendous amount in NATO and other people proportionately less," he said. "No good."

When it comes to costs, Trump and May have a point. Only five of NATO's 28 members -- the U.S., Greece, Poland, Estonia and the U.K. -- meet the alliance's target of spending at least 2% of GDP on defense.

The alliance increased overall defense spending for the first time in two decades in 2015, but the U.S. is still doing a lot of the heavy lifting. It spends the highest proportion of its GDP on defense: 3.61%.

The second biggest NATO spender in proportional terms is Greece, at 2.38%, according to NATO. The U.K. is third, at 2.2%. Meanwhile, Germany spent 1.19% last year, while France forked out 1.78%. Canada, Slovenia, Belgium, Spain and Luxembourg all spent less than 1%.

NATO admits it is overly dependent on the U.S. for the provision of essential capabilities, including intelligence, surveillance and reconnaissance, air-to-air refueling, ballistic missile defense and airborne electronic warfare.

According to NATO statistics, the U.S. spent an estimated $664 billion on defense in 2016. That's more than double the amount all the other 27 NATO countries spent between them, even though their combined GDP tops that of the U.S.

NATO is now pushing hard for the 2% guideline to be taken more seriously.

Back in 2014, all member countries that fall below the threshold committed to ramp up military spending to reach the target within a decade. Most countries are sticking with the promise: 12 increased their spending in 2014, and 16 did so in 2015. Last year, 22 countries spent more as a share of their national economic output.

Fear of Russian aggression is driving some of the splurge. Latvia, which shares a border with Russia, increased its defense spending by 42% in 2016. Its neighbor Lithuania boosted its outlays by 34%. Both, however, are still below the 2% threshold.

NATO is based on the principle of collective defense: an attack against one or more members is considered an attack against all. So far that has only been invoked once -- in response to the September 11 attacks.