Boy shot at South Carolina school to have superhero funeral 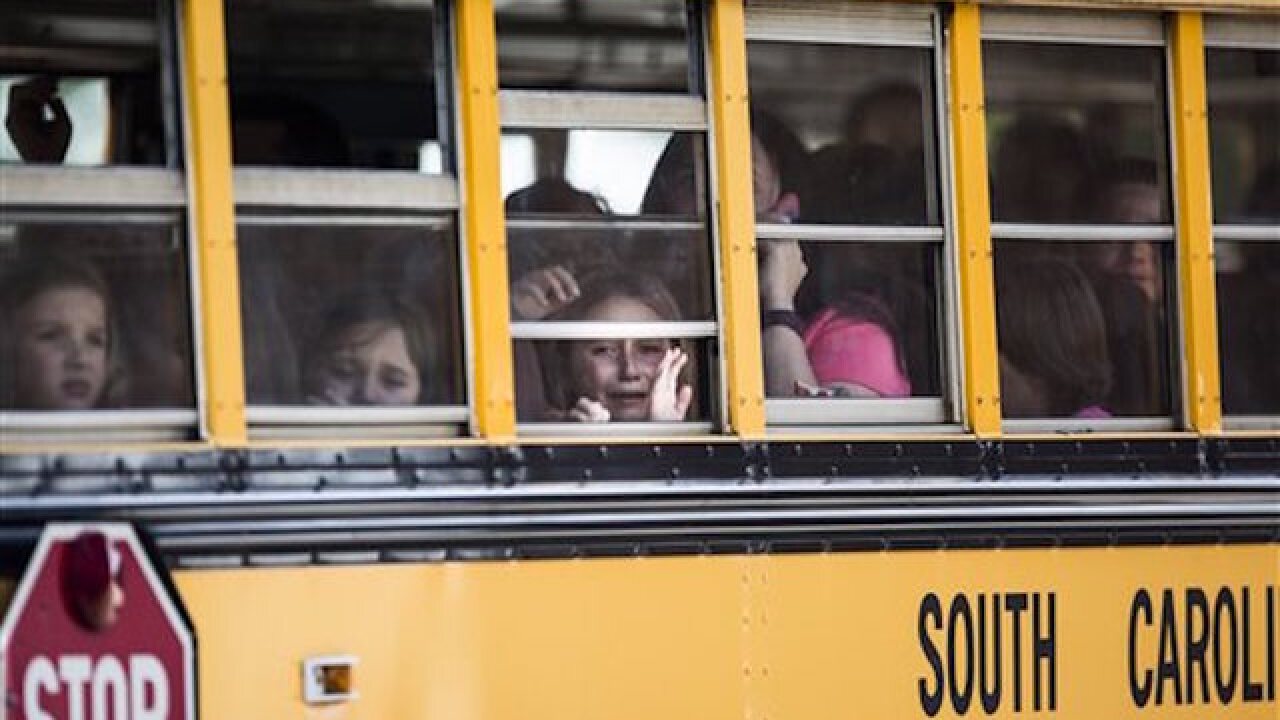 Copyright Associated Press
Katie McLean
<p>A Townville Elementary student looks out of the window of a school bus as she and her classmates are transported to Oakdale Baptist Church, following a shooting at Townville Elementary in Townville Wednesday, Sept. 28, 2016. A teenager killed his father at his home Wednesday before going to the nearby elementary school and opening fire with a handgun, wounding two students and a teacher, authorities said. (Katie McLean/The Independent-Mail via AP)</p>

TOWNVILLE, S.C. (AP) — The family of a 6-year-old boy shot at a South Carolina elementary school says a superhero funeral is planned for Jacob Hall, a week after he was shot along with a classmate and a teacher as his first-grade class left for recess.

The family says the service will be at 11 a.m. Wednesday at Oakdale Baptist Church in Townville. Visitation is set for Tuesday evening at the church.

An uncle, Johnny Bridges, told WSPA-TV that Jacob will be dressed as Batman, his favorite superhero. Bridges said the family wants to celebrate what Jacob enjoyed instead of focusing on negative memories.

"I don't want suits and ties and all that," Renae Hall, Jacob's mother, told WHNS-TV. "There will be a lot of children there and I don't want it to be scary for them."

A GoFundMe effort has raised more than $126,500 for the family and their expenses.

A drive organized by the town's volunteer fire department had collected more than 200 units of blood late Sunday afternoon. Firefighters decided to go ahead with the blood drive Sunday even though Jacob died Saturday at a Greenville hospital.

"You think about that happening in other towns — not here," Phyllis Grant said as she waited to donate. "It's so sad. It's really about the only thing we can think about right now."

The two students and the teacher were shot at Townville Elementary School last Wednesday. The other student and teacher were treated and released from an Anderson hospital.

The 14-year-old suspect also is charged with killing his father shortly before the shooting at the nearby school. Updated charges are expected against the teenager following Jacob's death.

Classes are to resume Thursday. Teachers will report to work Tuesday for counseling and class preparation on Wednesday before classes resume.