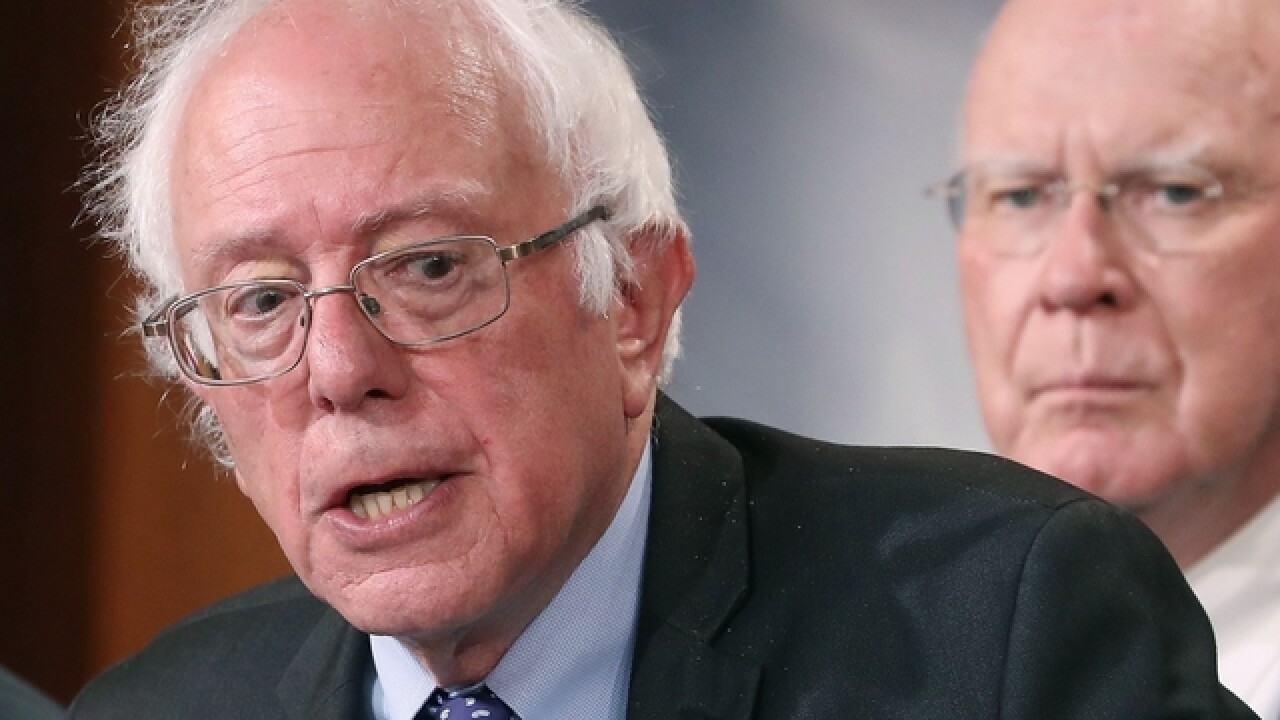 Sanders told CNN's Erin Burnett on "OutFront" Friday that although he is considerably more to the left than many of his fellow senators, he has never "just attacked people because their views are different than mine."

But Sanders said Trump, whom he called "a total hypocrite," put everyone in "a new era."

"I use the term 'delusional' with regard to Trump when he said there were 3 to 5 million 'illegals' who voted in the last election ... That is delusional," Sanders said. "Nobody in the world believes that is the case. There is zero evidence to back it up. But he makes that statement. So I think the word 'delusional' is correct."

Sanders, a failed presidential candidate and independent senator from Vermont, also took Trump to task for attacks on the media and the judiciary. He said Trump did not grasp the Constitution, which he swore to uphold when he reached the highest office in the nation.

"Clearly, we have a President who does not understand what our Constitution about, what democracy is about. And I think there is a fear in this country of this nation under Trump moving into a more authoritarian mode," Sanders said.

Adding that he also calls the President a "pathological liar," Sanders said he didn't feel good using such harsh terms.

"I disagreed with George Bush all the time -- never called him a pathological liar, because he was not. Just a conservative president. But this guy lies all of the time," Sanders said of Trump.