Baseball to do away with some rookie hazing next season 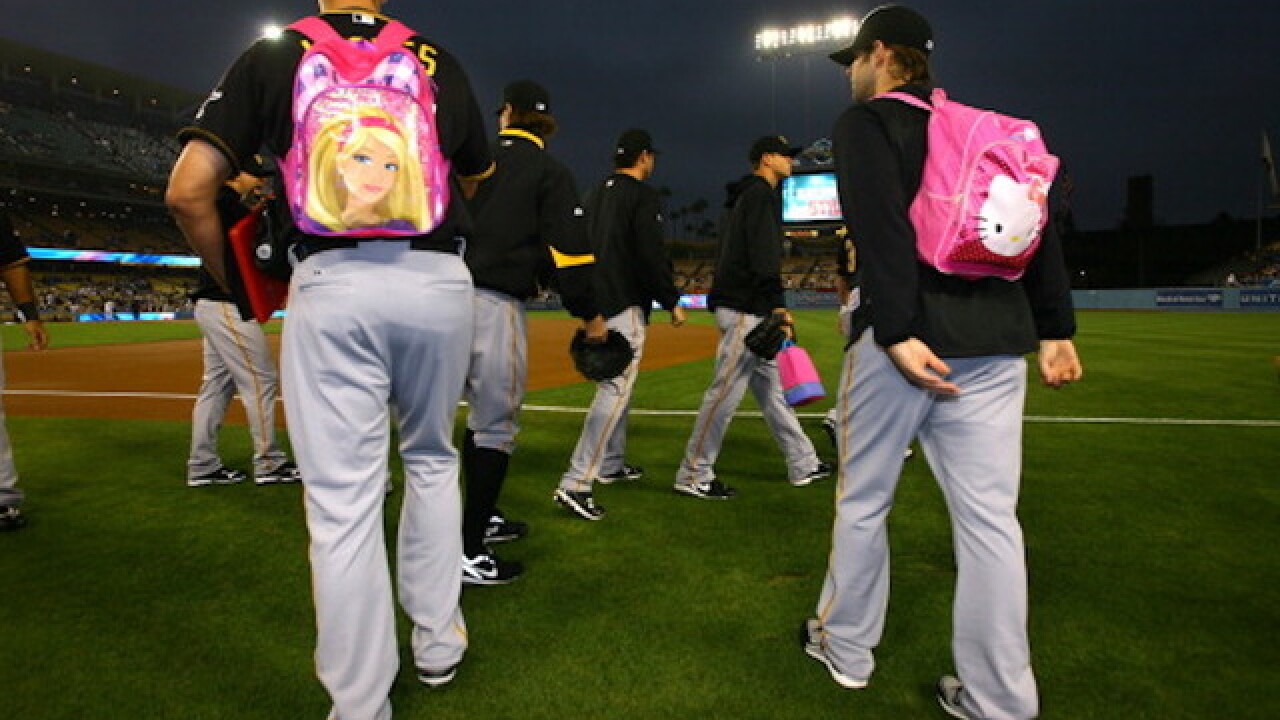 Stephen Dunn
<p>LOS ANGELES, CA - SEPTEMBER 16: Rookie Pittsburgh Pirates pitchers wear children's backpacks in a hazing traditon as they head to the bullpen before the game with the Los Angeles Dodgers on September 16, 2011 at Dodger Stadium in Los Angeles, California. (Photo by Stephen Dunn/Getty Images)</p>

For better or worse, hazing has been prevalent in baseball locker rooms for years. Veterans often welcome rookies to the team by forcing them to dress up in Halloween costumes and cheerleader outfits on team trips. But that will change this season.

According to the Associated Press, the MLB’s new collective bargaining agreement now bans veterans from “requiring, coercing or encouraging” players to from dressing up as women or wearing costumes that may be offensive to individuals based on their race, sex, nationality, age, sexual orientation, gender identity or other characteristic.”

Some of the MLB's biggest stars, including the Nationals' Bryce Harper and the Angels' Mike Trout have taken part in what some players say is a "tradition."

According to the AP, not all ballplayers have played along with the gag. In 1992, five-time All Star Jeff Kent refused to dress up as a pimp on a road trip to Toronto, saying he felt “taken advantage of.” ESPN’s Buster Olney also reports that Orioles reliever Armando Benitez accosted his teammates with a bat when told to wear a costume.

The passage in the new CBA was agreed on by both the team owners and the the player’s union, the MLB Players Association. But not all players are happy that the annual tradition will be phased out, and a number of them shared their feelings of social media.

Aubrey Huff of the San Francisco Giants went as far as to call the new rule “ridiculous.”

“This has been a time honored tradition. The world is full of sensitive snowflakes,” he said.

How rediculous! The world has gotten 2 damn sensitive! This has been a time honored tradition. The world is full of sensitive snowflakes https://t.co/Zhadz1MXBf

Honored to be one of the last players ever to be dressed up as a woman pic.twitter.com/NenUSzBG6k

I was dressed up 3 times. I brought sexy back each & every one of them. https://t.co/LdFIfzKUU2