Anti-Trump protesters take to the streets in New York, Chicago 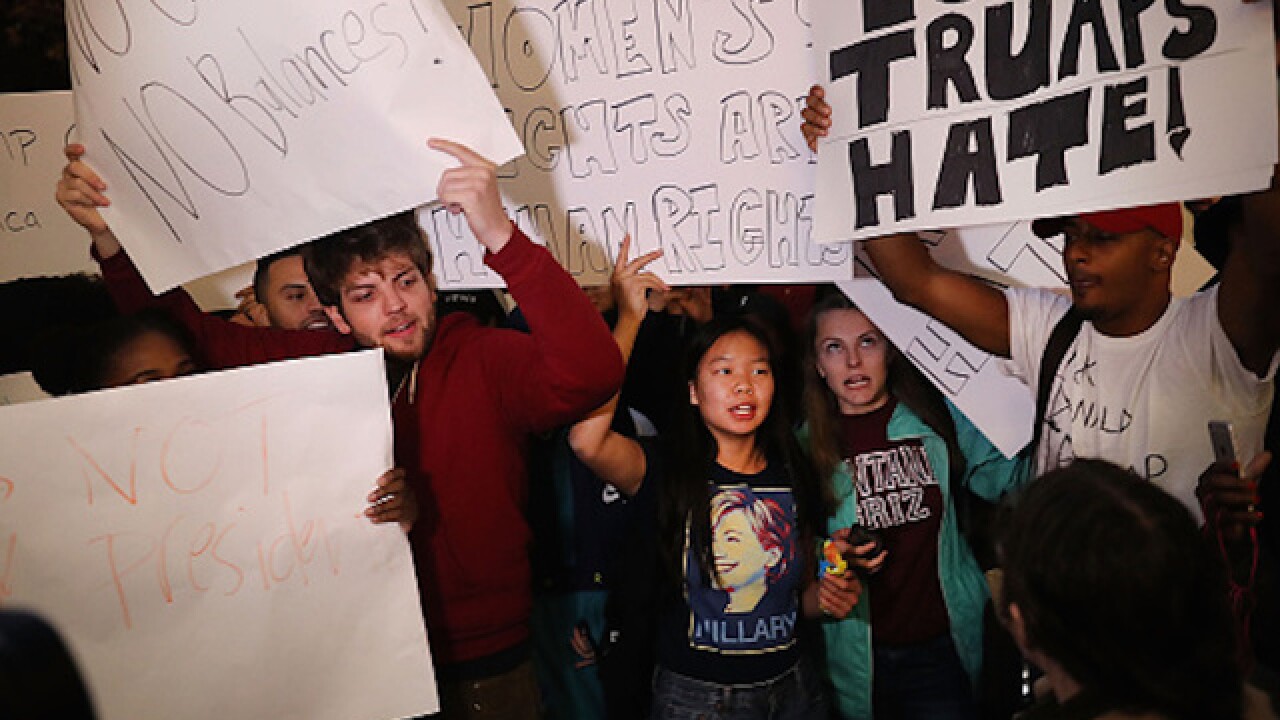 Copyright 2018 Scripps Media, Inc. All rights reserved. This material may not be published, broadcast, rewritten, or redistributed.
Spencer Platt
NEW YORK, NY - NOVEMBER 09: Anti-Trump protesters gather in a park as New Yorkers react to the election of Donald Trump as president of the United States on November 9, 2016 in New York City. Trump defeated Democrat Hillary Clinton in an upset to become the 45th president. (Photo by Spencer Platt/Getty Images)

A day after Donald Trump was elected the 45th President of the United States, protesters took to the streets in New York City to voice their displeasure with the president elect. Initial reports estimate that at least 5,000 people swarmed the streets in midtown Manhattan.

NBC News reports that in New York City, despite the rain, thousands of protesters could be heard chanting and banging drums as they marched past Rockefeller Center up Sixth Avenue.

Protesters gathered outside Trump Tower. reciting a chant echoed throughout the country: "Not my president, not today."

Protesters also took to the streets in Chicago outside of Trump's skyscraper on the Chicago River. This after students in Oakland, California walked out of class in protest of a Trump presidency.

Flag-burning, a common theme in the protests, was seen nationwide, including in Washington, D.C.

The flag is burning at @AmericanU pic.twitter.com/W5AYcnLph5

For more images, click through to the gallery via the link below.

Anti-Trump protestors take to the streets in New York, Chicago

View video of the protests below via Facebook Live.