Ryan Lochte back in US; 3 swimming teammates staying in Brazil to aid robbery investigation 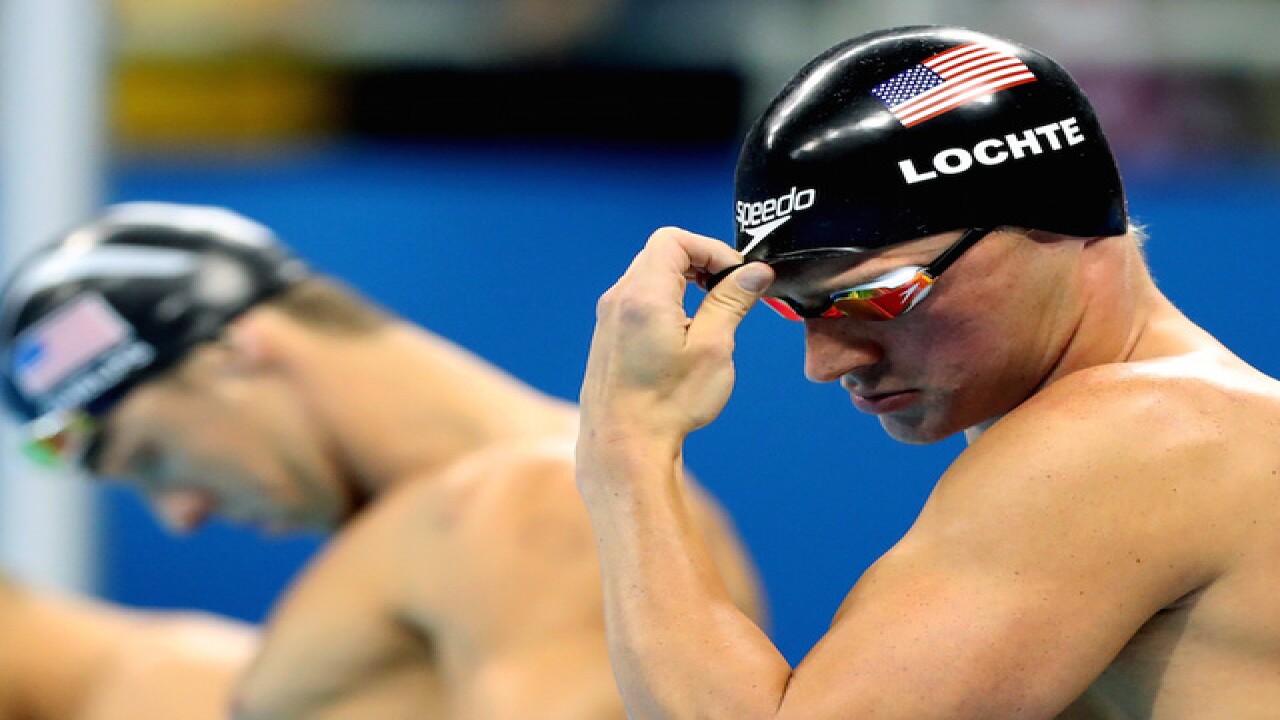 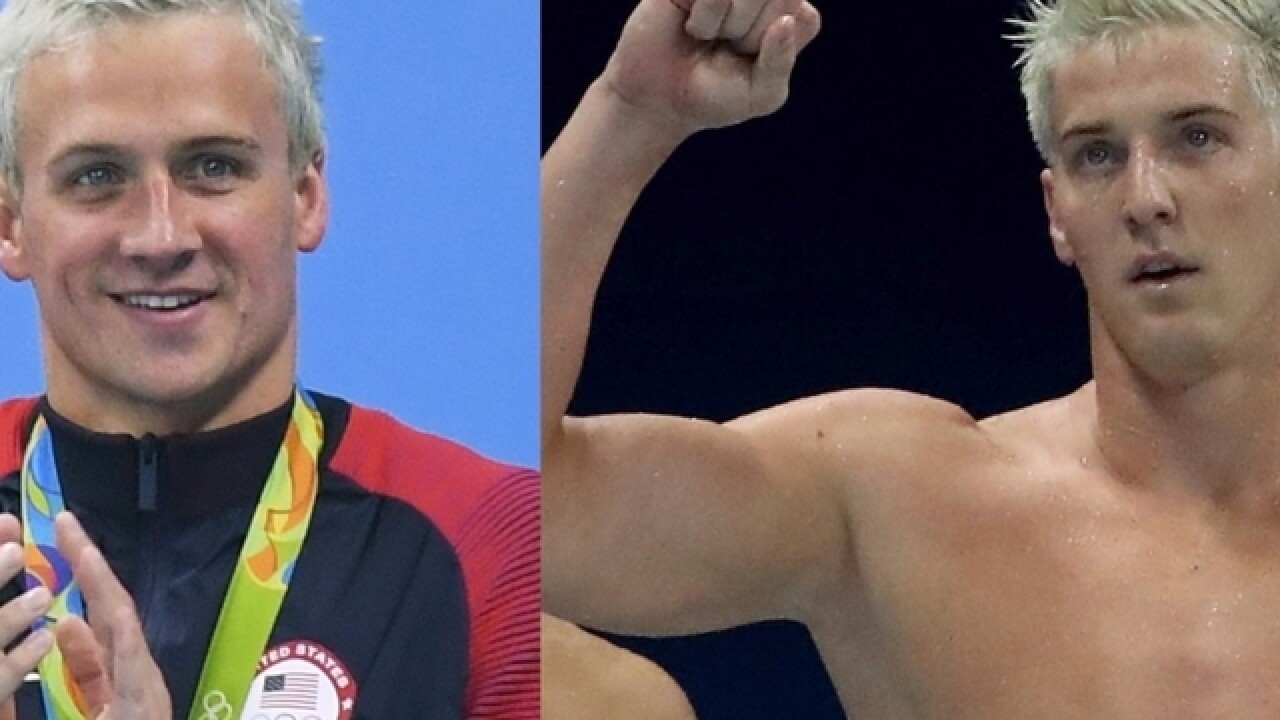 USOC spokesman Patrick Sandusky said Jack Conger and Gunnar Bentz were released by local authorities after being pulled from a flight at the Rio de Janeiro airport, with the understanding that discussions would continue amid uncertainty over what truly took place during a late outing the night Olympic swimming wrapped up at the Rio Games.

Fellow teammate Jimmy Feigen also plans to talk to officials as he navigates a judge's order that keeps him in Brazil, Sandusky said. Court officials had called for the four swimmers' passports to be seized, but Lochte already had returned to the United States before authorities could enforce the decision.

A lawyer for Conger and Bentz said Thursday that they won't be allowed to leave Brazil until they provide testimony to investigators. The swimmers didn't speak to reporters as they left the airport, shuttled away in a black car. They departed for an unspecified location in Brazil and had yet to testify, said attorney Sergio Riera.

Reached Thursday in Austin, Texas, Feigen attorney Mark Hull said: "We don't have any comment yet at this point."

Representatives from the U.S. consulate arrived at the airport shortly after the swimmers were stopped from leaving the country Wednesday night. U.S. State Department spokesman John Kirby said the agency was ready to "to provide all appropriate consular assistance," referring further questions to Brazilian officials.

The action comes amid increasing tension between Brazilian authorities and the American swimmers over the ever-changing account of the robbery. Police say they have found little evidence so far to support the claims and that the swimmers were unable to provide key details in interviews. The office of Judge Keyla Blanc, who ordered the passports seized, said there were discrepancies in the statements by the swimmers.

Lochte has said he was with Conger, Bentz and Feigen when they were robbed at gunpoint in a taxi by men with a police badge as they returned to the athletes village from a party several hours after the final Olympic swimming events on Saturday.

NBC reported Wednesday night that Lochte backed off some of his earlier claims about the robbery. He now says the taxi wasn't pulled over by men with a badge but rather the athletes were robbed after stopping at a gas station, NBC reported. Lochte also said the assailant pointed a gun at him rather than putting it to his head.

The U.S. Olympic Committee said police went to the athletes village to try to collect the passports, but the swim team had already moved out.

Lochte's father told the AP by phone from his Florida home that his son called him Tuesday after arriving in the United States. The 32-year-old swimmer was going to pick up his car and buy a new wallet to replace the one that he said was stolen.

"I'm just happy he's safe," Steve Lochte said. "It was an unfortunate experience for him and the other three. I don't know what all the controversy is. They were basically taken out of the taxi and robbed. The main thing is he's very lucky that he's safe and that all they got was his cash and wallet."

While he's medaled often in the Olympic pool, Lochte's accomplishments have long been overshadowed by teammate Michael Phelps — the most decorated Olympian in history. Lochte won a gold in Rio in a relay race alongside Phelps.

Authorities said that after the robbery, the swimmers did not call police; officers began investigating after they saw media reports in which Lochte's mother spoke about the incident.

Police interviewed Lochte and one other swimmer, who said they had been intoxicated and could not remember what type and color of taxi they rode in or where the robbery happened, the police official said. The swimmers also could not say what time the events occurred.

Lochte's attorney, Jeff Ostrow, has said there is no question the robbery occurred.

"Why would anybody fabricate anything?" Steve Lochte said. "It's just ridiculous."

Lochte told USA Today that he and his teammates didn't initially tell U.S. Olympic officials about the robbery because "we were afraid we'd get in trouble."

Steve Bentz, father of Gunnar Bentz, when reached by phone late Wednesday night, said: "I really don't want to say anything," and hung up.

The British Olympic team said Thursday one of its athletes also was robbed in Rio. The British Olympic Association was responding to a Guardian report that the unnamed athlete was held up at gunpoint after a night out. The BOA declined to say if the incident was reported to police.