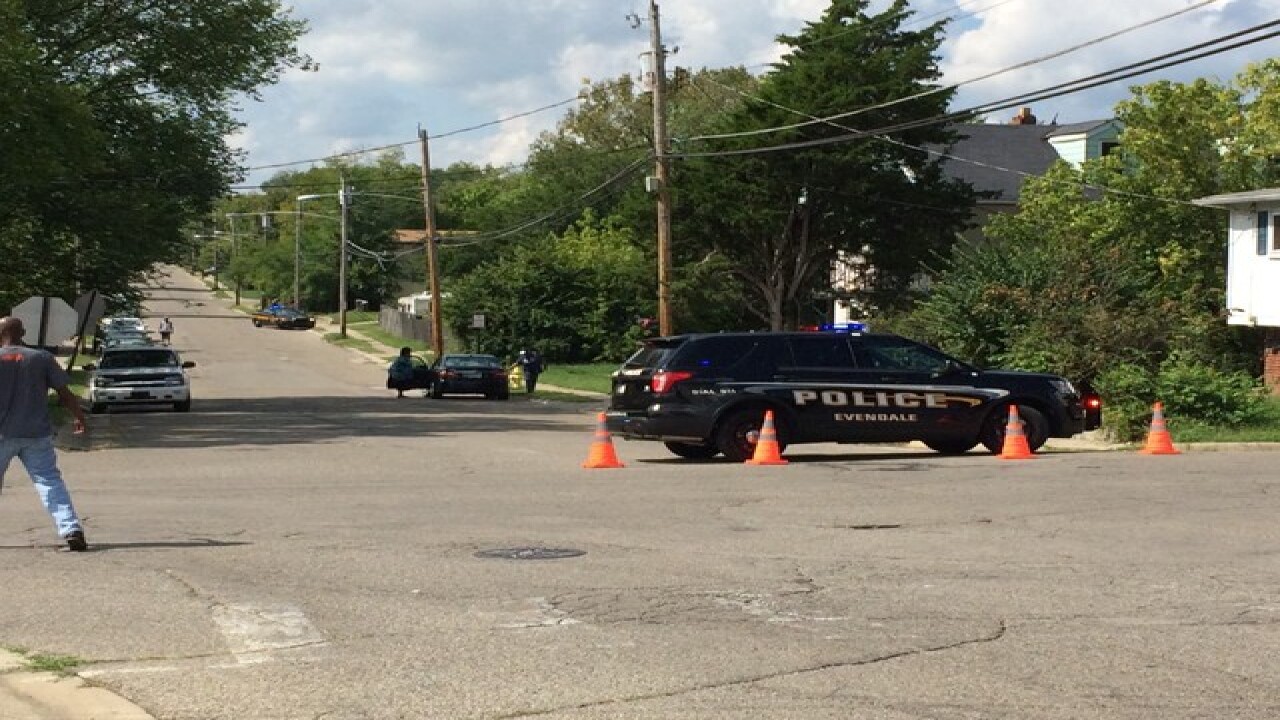 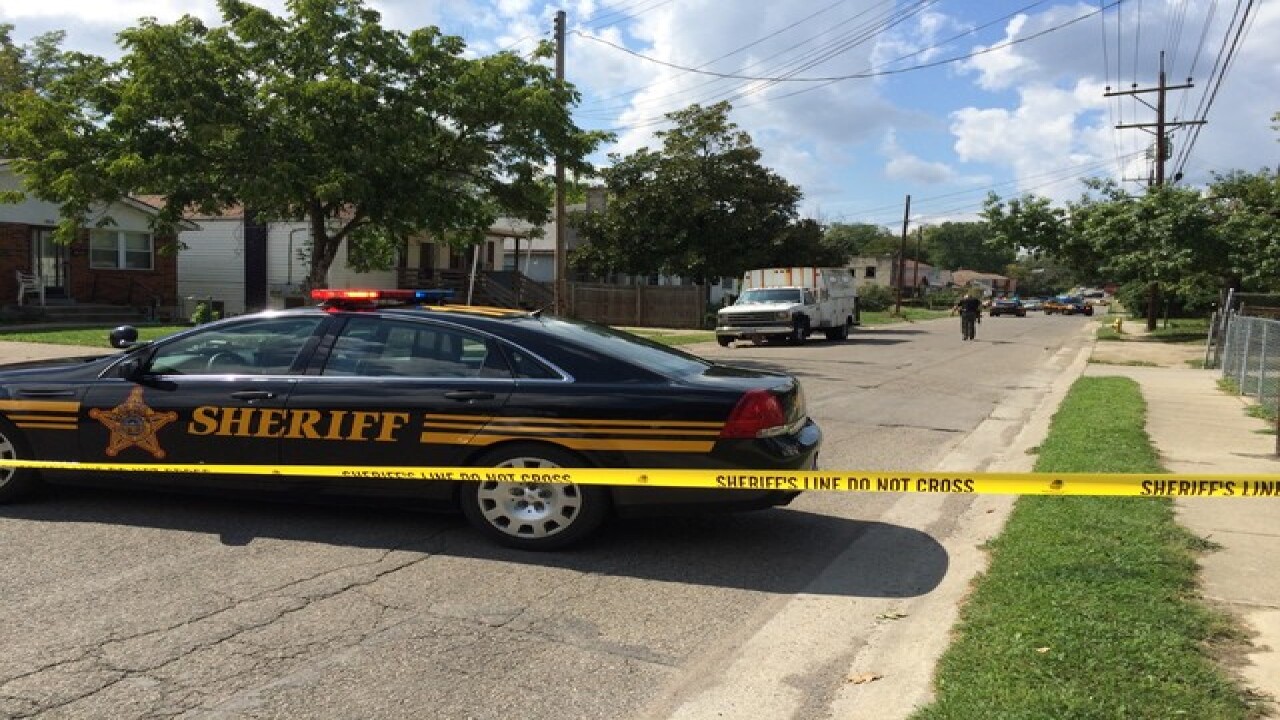 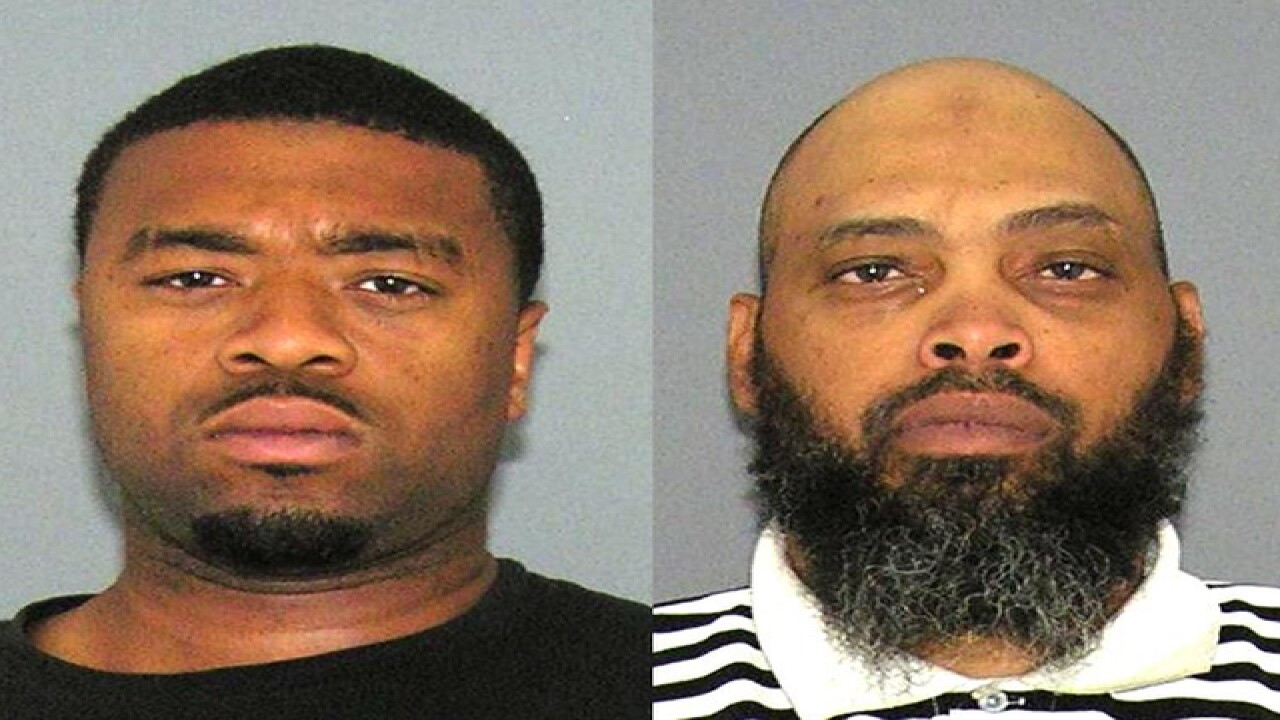 LINCOLN HEIGHTS, Ohio -- Four people were treated at University of Cincinnati Medical Center after about 100 rounds were fired in a "gun battle" between two groups of people in Lincoln Heights Sunday, authorities said.

Hamilton County Sheriff's deputies were called to two crime scenes at about 1:30 p.m., one on Adams Street and the other a block over, on Jackson Street.

Two arrests have been made in this case, including Kinsey. He was charged with one count of weapons under disability (possession of a firearm after prior felony convictions) and receiving stolen property (AR-15 rifle).

The Hamilton County Sheriff's Office is asking anyone with information about this shooting to please contact our Criminal Investigative Section at (513) 851-6000 or Crime Stoppers at (513) 352-3040.

Bureau of Alcohol, Tobacco, Firearms and Explosives is investigating the shooting with Hamilton County deputies.

“What we know and what we can tell you at this point is that it’s a large scene, spanning over three blocks,”  Occhipinti said. “There was a gun battle between two separate groups. There are an extraordinary amount of shell casings out there from different calibers.”

Occhipinti said they believe two to three people were behind this shooting, and they conducted two search warrants Sunday night.

“Obviously they were opposing groups and I think they -- they had some, a score to settle,” Occhipinti said. “That’s what we’re trying to get to the bottom of at this point.”

Although four were injured in the shooting, Occhipinti said the situation could have been much worse.

Richard Headen, mayor of the village of Lincoln Heights, said the area is trying to rebuild itself, and most of the people who commit these crimes do not live in Lincoln Heights.

"We're going to work very hard with the sheriff to get rid of this, and we need people when they see something to come forward,” Headen said. “Because your kids could be running around in the street and be hit with a stray bullet. We will not tolerate this in the village of Lincoln Heights."

Occhipinti said fear is on the minds of Lincoln Heights residents.

“Fear is a huge, normal feeling here for the citizens of this area,” Occhipinti said. “They’re scared. They’re scared to walk out and enjoy a nice Sunday afternoon.”