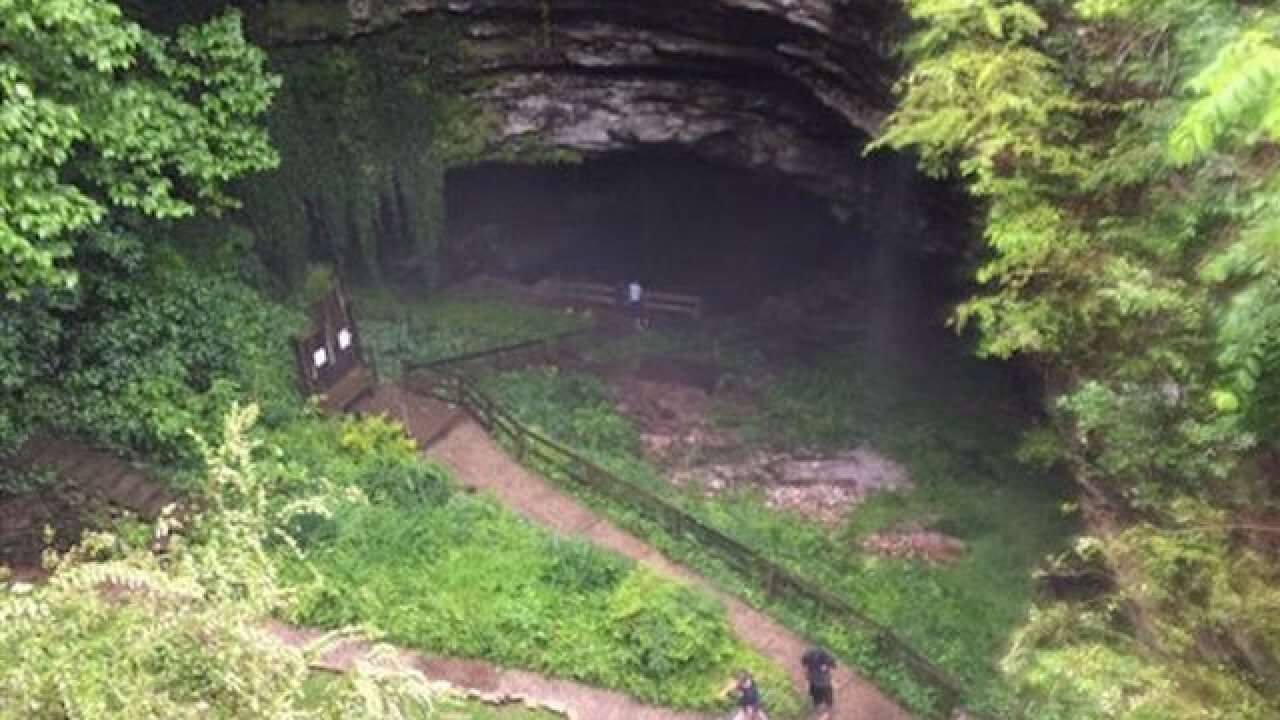 HORSE CAVE, Ky. (AP) — A group of college students trapped by flash flooding on a field trip to a Kentucky cave Thursday walked through neck-deep water to get to safety, authorities said.

There was no communication between the stranded cavers and the more than 150 emergency personnel at the scene. Authorities didn't know exactly where the missing cavers were underground, and the only light the group had came from headlamps they wore.

The cavers became stranded in a portion of the cave known as "The Attic," which has a higher ceiling, Eaton said in a release. They stayed there until deciding to find their way out as the water continued to rise, he said.

"When they came out of the cave, they were neck-deep in water," Hart County Emergency Management Director Kerry McDaniel said.

"The waters were continuing to rise under the flash flood," he added. "They saw an opportunity to exit the cave, so they took the chance."

McDaniel said there's only one way in and out of the cave located in south-central Kentucky's karst region, where many of state's longest and deepest caves run underground.

The Clemson students had planned a five-hour trip exploring the cave as part of their geology studies when torrential rains hit the region after they entered, McDaniel said. The group went into the cave about 10 a.m. CDT Thursday and walked out on their own about 4:30 p.m. They were checked for hypothermia but declined further medical attention, McDaniel said.

All explorers in Horse Cave, KY have been safely rescued...Kudos to local law enforcement and dive teams for their prompt response #WeAreKY

Four other people were able to escape earlier, Horse Cave Fire Chief Donnie Parker said. He didn't have details about how they got out.

Two Horse Cave police officers who became trapped had entered the cave about 3 p.m. in an effort to make contact with the stranded group, authorities said. They were met by the four people who had managed to escape.

"We looked at this from the beginning and hoped it was a search rather than a recovery operation," McDaniel said.