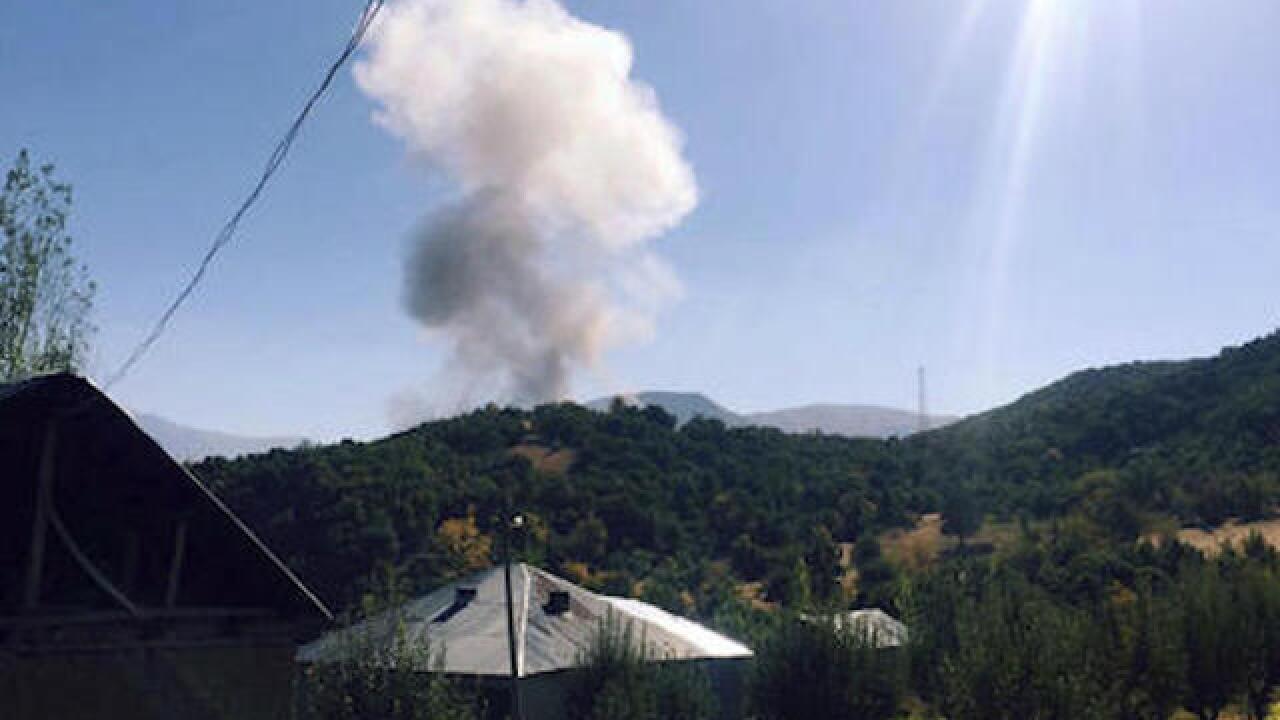 Copyright Associated Press
<p>Smokes rise after Kurdish militants detonated a car bomb outside a military station in Semdinli near the border with Iraq, Turkey, Sunday, Oct. 9, 2016. The Anadolu Agency, citing a statement by the Turkish Armed Forces, said the attack outside a Gendarmerie station on the Semdinli-Yuksekova highway was the work of the Kurdistan Workers' Party, or PKK. (IHA via AP)</p>

Cuneyit Orhan Toprak, governor of Hakkari province where the attack took place, gave the death toll to the private news channel NTV and said 27 other people were wounded in the attack and were rushed to nearby hospitals for treatment. Eleven of the wounded were soldiers, the Turkish military said.

Turkey's state-run Anadolu Agency, citing a statement by the Turkish Armed Forces, said the attack occurred at 9:45 a.m. outside a Gendarmerie checkpoint on the Semdinli-Yuksekova highway and was the work of the Kurdistan Workers' Party, or PKK. The checkpoint is 20 kilometers (12 miles) from the center of the town of Semdinli.

Toprak said the attackers first opened fire on the soldiers at the checkpoint to distract them, before driving up a minivan containing about 5 tons of explosives and detonating it.