A naked man was caught on a Henderson family's security camera overnight. 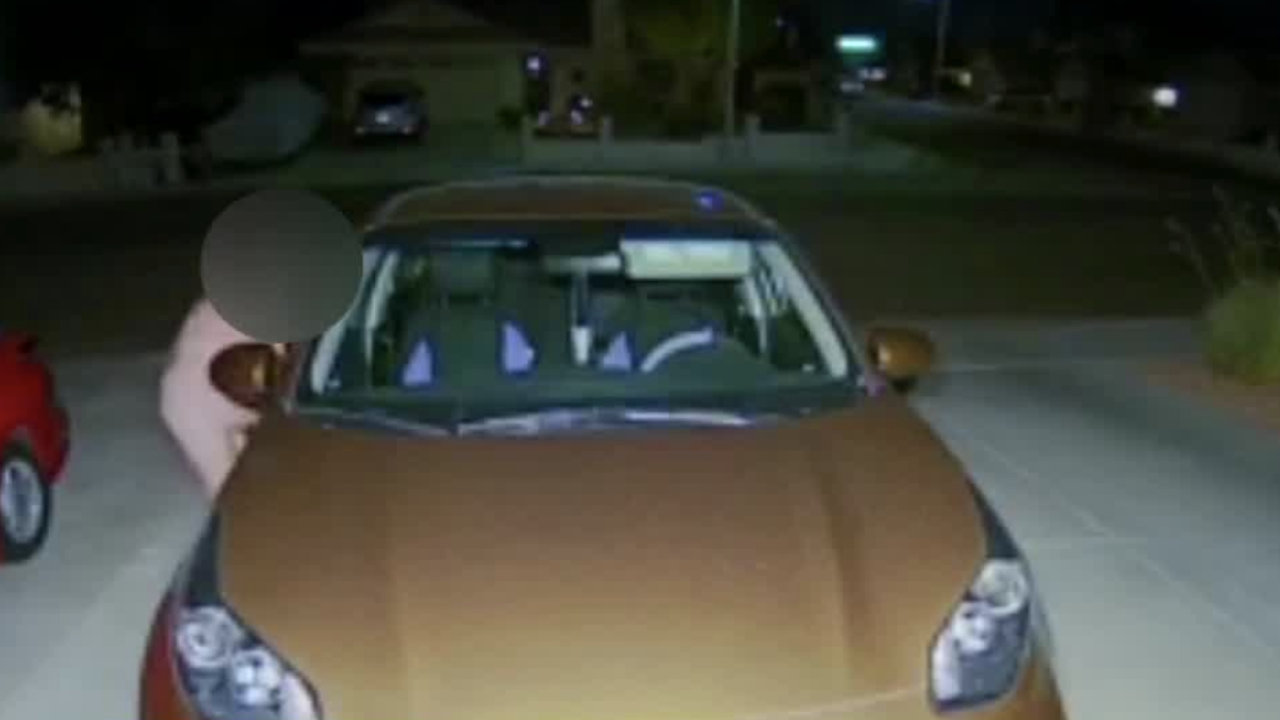 LAS VEGAS (KTNV) — For a family living along Heavenly View Drive, it was anything but a heavenly view Thursday night when a naked man appeared in their Henderson driveway.

“Normally it's cats or a car going by, but this was a shocker to see,” says Vesta Lammerding, the homeowner.

“I was a little shocked. I probably watched it three times before I showed my husband. I was like, 'What, what is this?'”

Lammerding moved near Warm Springs and Green Valley eight months ago. They installed a Ring driveway camera with the hopes of catching crooks -- but not something as odd as this.

“He’s crouching up and kind of hiding to the side almost like he was hiding from someone trying to find him or looking for him maybe,” says Lammerding.

The man finally puts on his shirt, shorts then his shoes and walks away like nothing happened.

13 Action News showed the video to residents in the area but no one recognized him.

Meantime Lammerding, posted screenshots of the video on Next Door and neighbors didn’t hold back on what they think this man may have been up to.

But whatever the reason for the man's actions, Lammerding says the footage is both funny and concerning.

“You never know what someone’s motives could be or what they’re doing, or why they’re walking around naked at 11:30 at night. It’s weird,” says Lammerding.