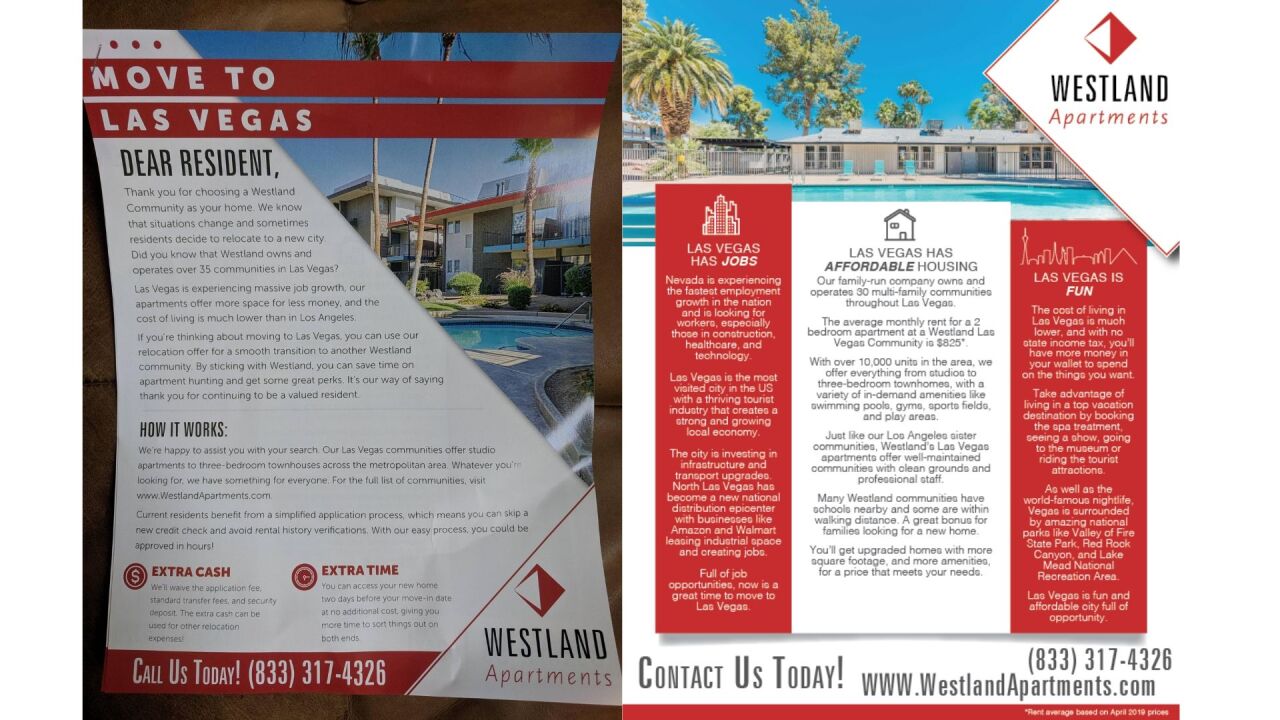 LAS VEGAS (KTNV) — A leaflet distributed in Los Angeles, California by an apartment complex encouraging tenants to move to Las Vegas is generating some mixed reactions from locals.

The real estate group has apartment buildings in both cities, about 1,000 units in Los Angeles and about 10, 000 units in Las Vegas.

The company tells 13 Action News that it was receiving new applications from tenants trying to move to Las Vegas and wanted to get the word out that if you move to a new location within the company it is considered a transfer -- not a new rental.

That means that you do not need to send in a new application and your deposit will transfer. It's the same process going from Las Vegas to Los Angeles, the company says.

A photograph of the leaflet was posted to Reddit on Friday and then shared on Twitter over the weekend, where it received some negative responses from people who live in Las Vegas.

A Los Angeles apartment company is encouraging its residents to move to Las Vegas 🤔 https://t.co/e8O9Lgs1GK pic.twitter.com/u2buWyGPIE

Dena Lerner, the marketing director for Westland Apartments, says in general Los Angeles has a negative migration while Las Vegas has positive migration and that she was surprised by the negative reaction.

"We love Las Vegas. We think it's a dynamic city and truly a great place to raise a family," said Lerner. "People should want to aspire to move to Las Vegas because it is a city of opportunity and just a wonderful place to live."

The incentives on the leaflet are only valid for existing tenants of Westland Apartments looking to move, the company says.