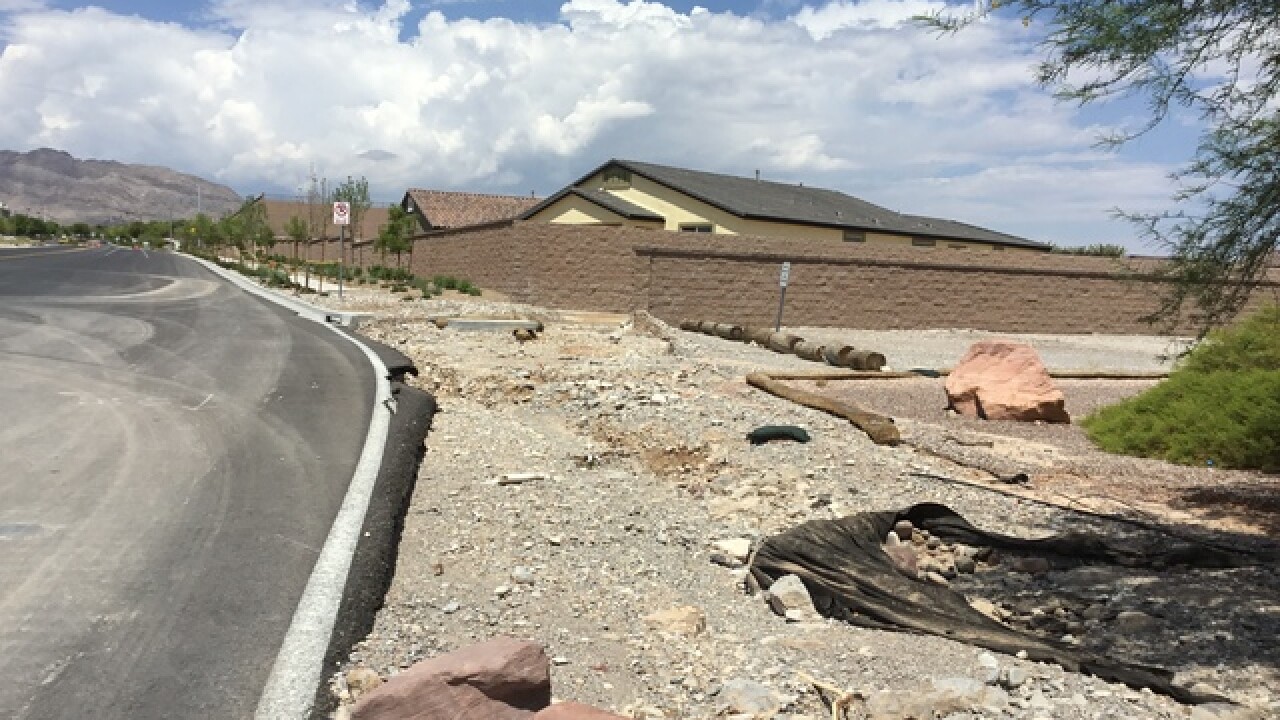 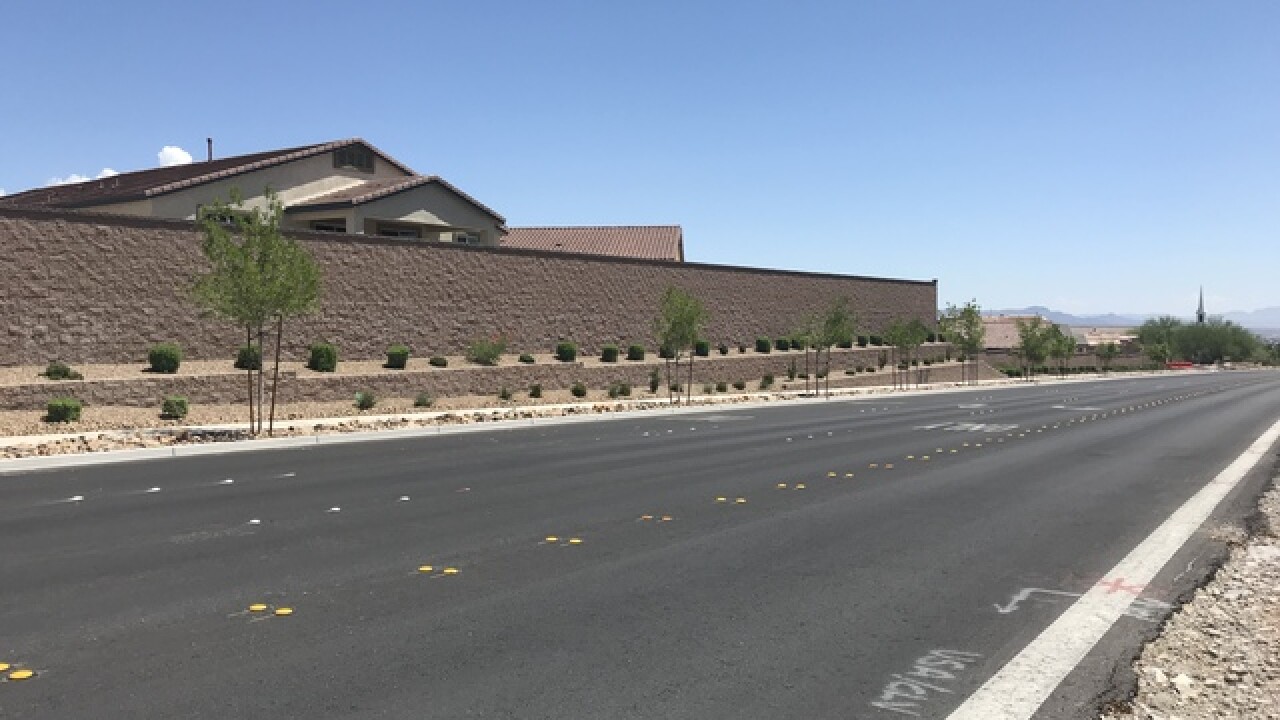 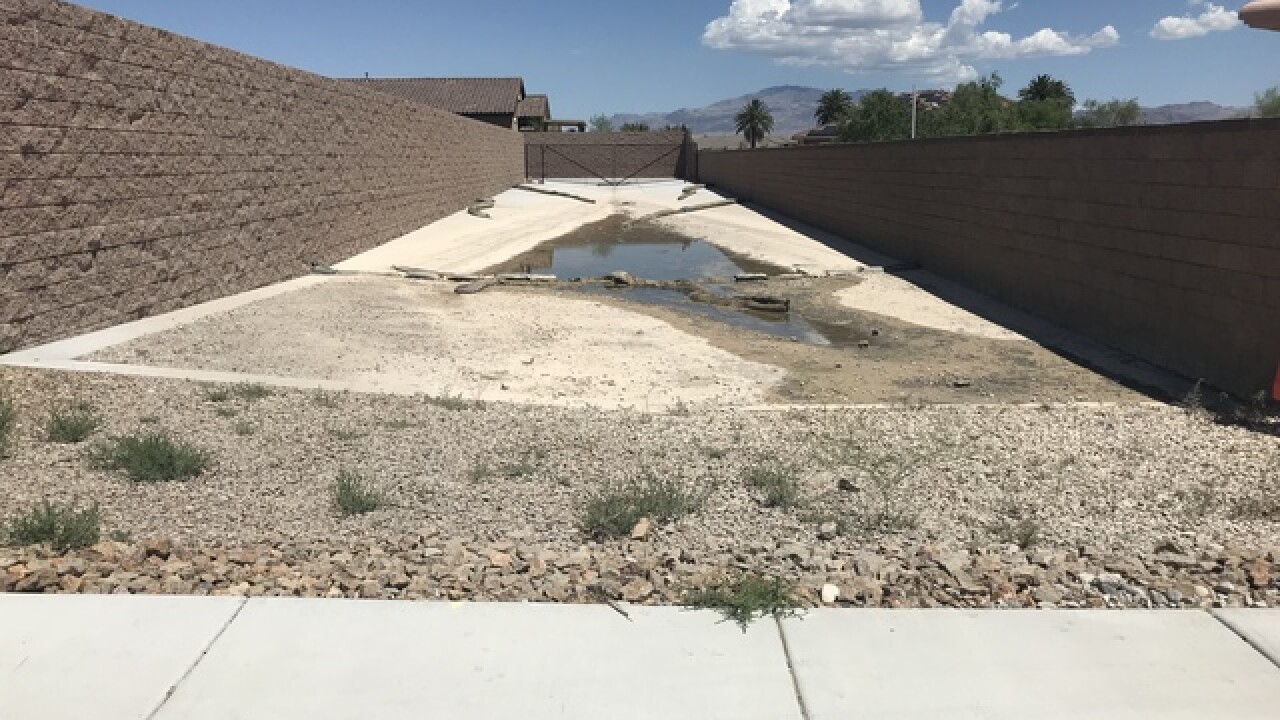 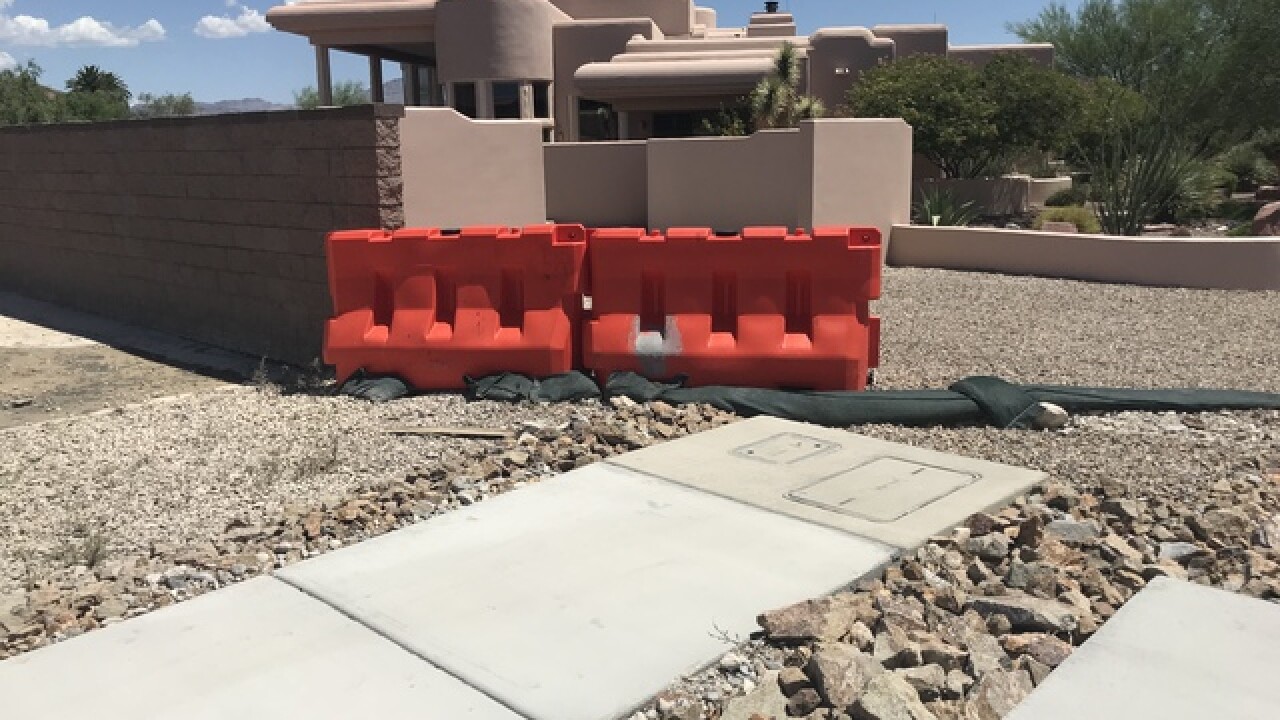 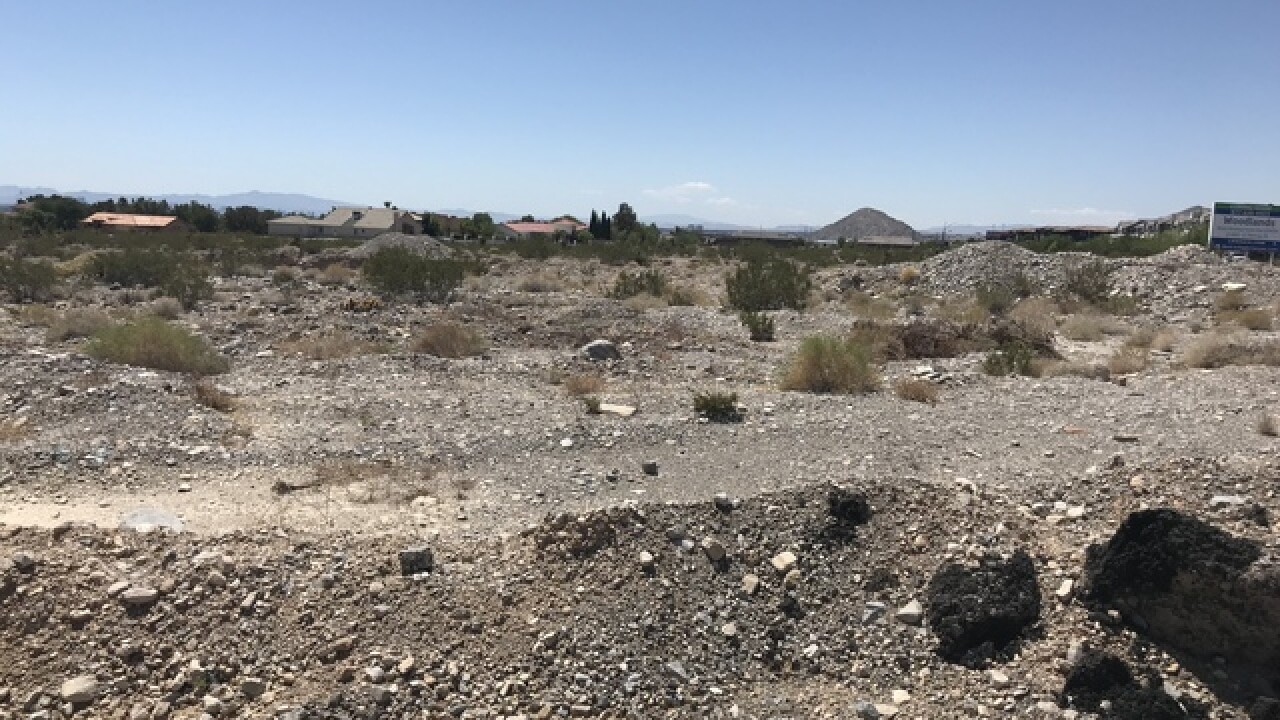 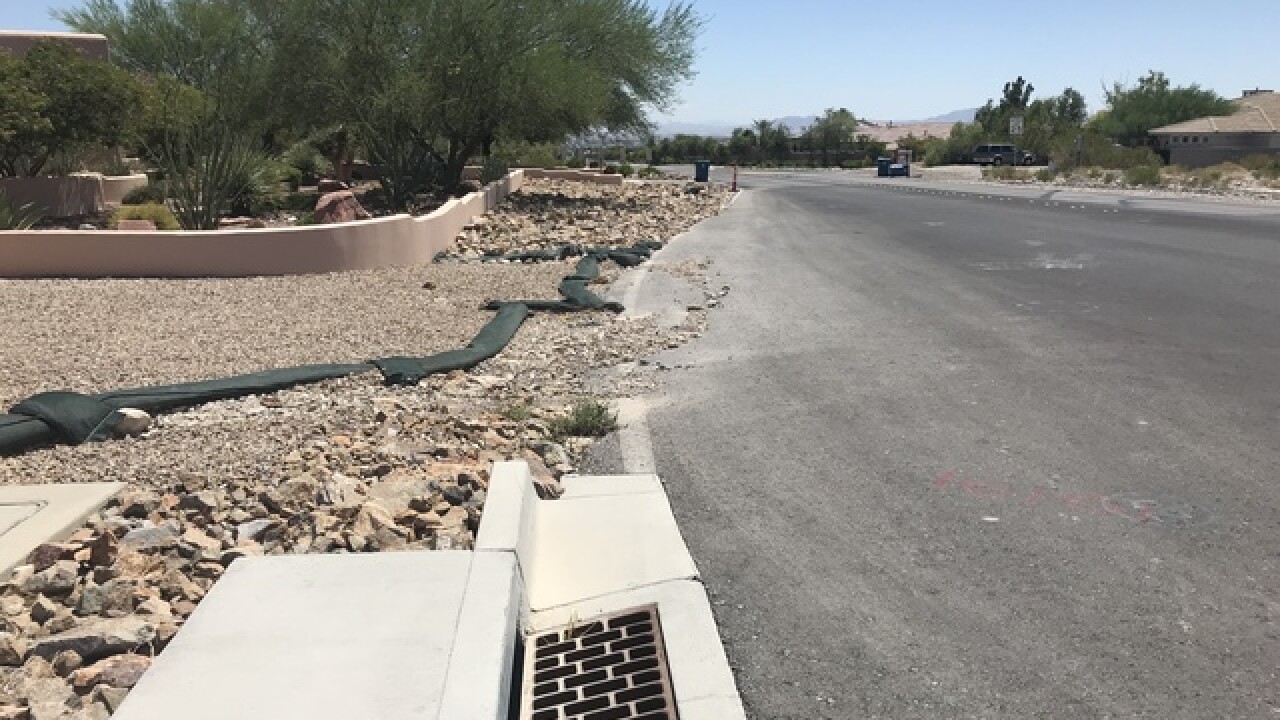 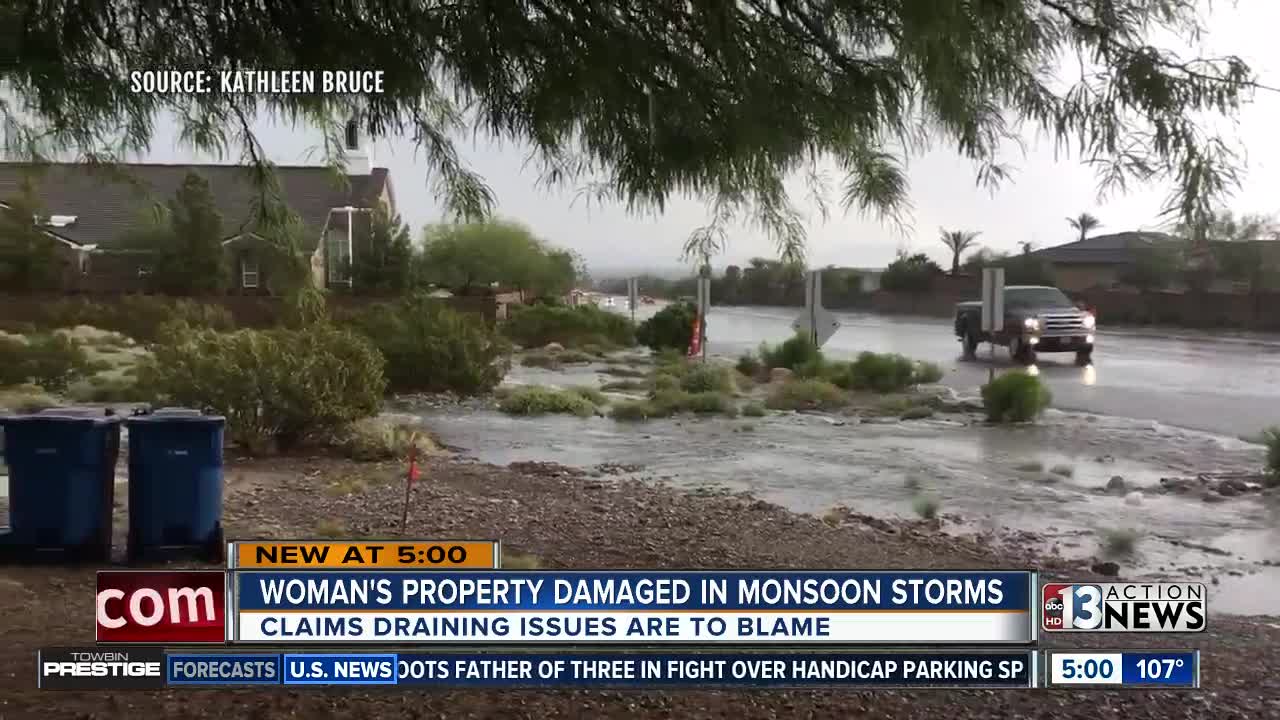 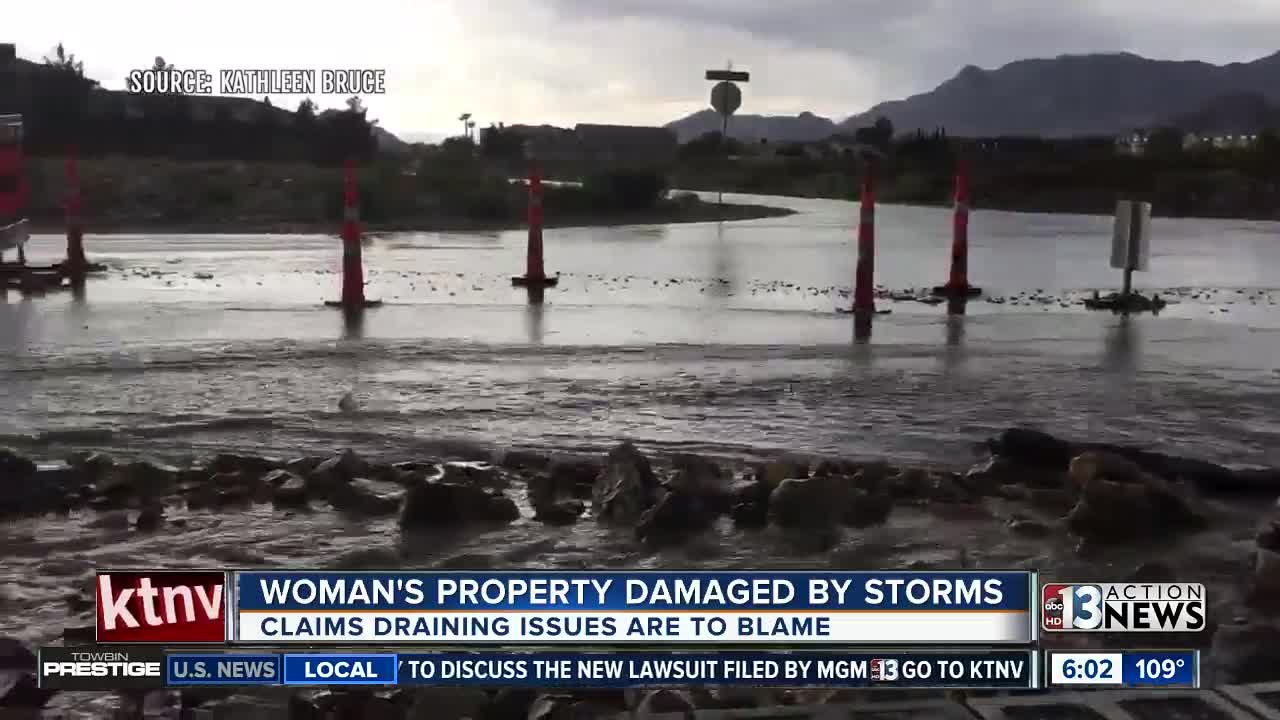 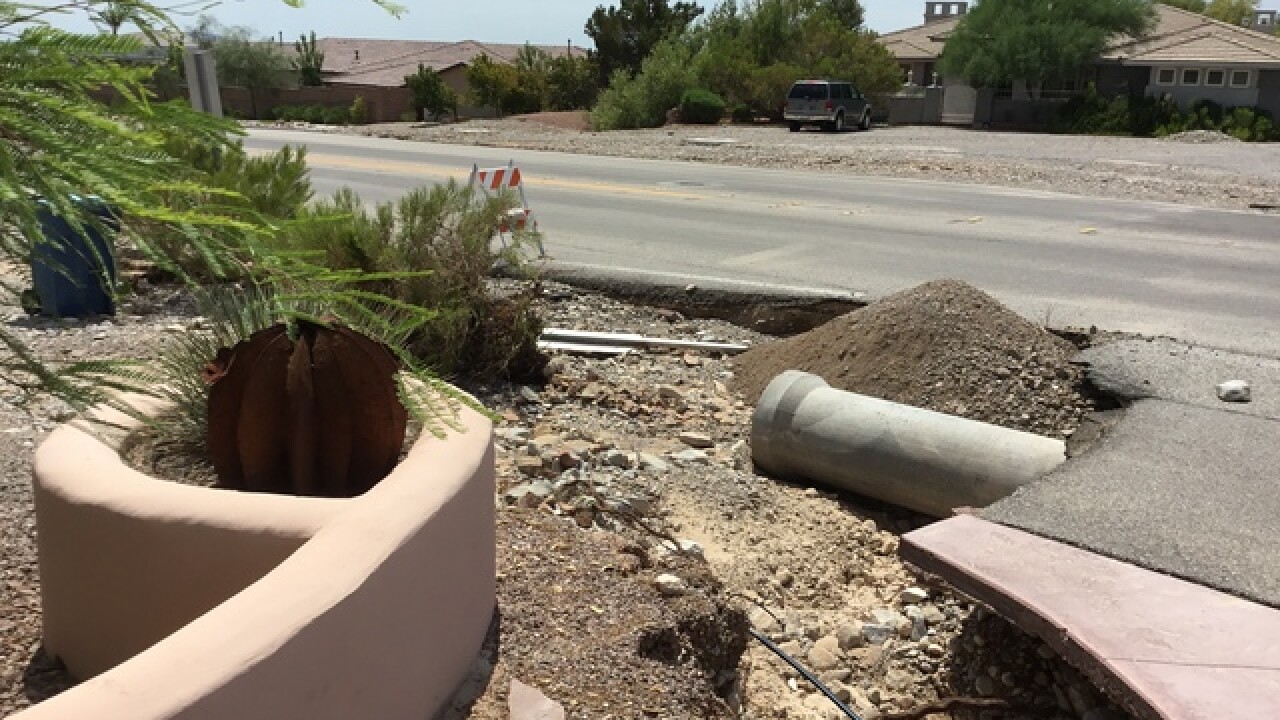 A woman in the northwest part of the Las Vegas valley says that every monsoon storm is a nightmare for her.

"It goes nowhere.  Well, there is a drop, but there is nowhere for it to go," Kathleen Bruce said of runoff coming out of a new neighborhood next door to her home at Elkhorn Road and Hualapai Way. "The more they paved, the worse it got and we got all their water."

The worst damage was during a storm about a year ago. Bruce said her insurance company estimated that there was $25,000 in damage.

"Before that [the development] was in there it would stay in the desert," Bruce said.

Bruce says that the developer has helped repair the damage in the past but it keeps happening. estimating three or four times.

That's because a drainage project that will solve the issue has not been started. The project is being handled by the Regional Flood District and City of Las Vegas and it isn't set to begin until next month.

The project is expected to be completed in May 2019.

In the meantime, Bruce is hoping that her landscaping survives the current monsoon season.