Former and current Las Vegas Mayors Oscar and Carolyn Goodman chat with the Mob Museum Director Jonathan Ullman about the new speakeasy that opened up inside the Mob Museum. 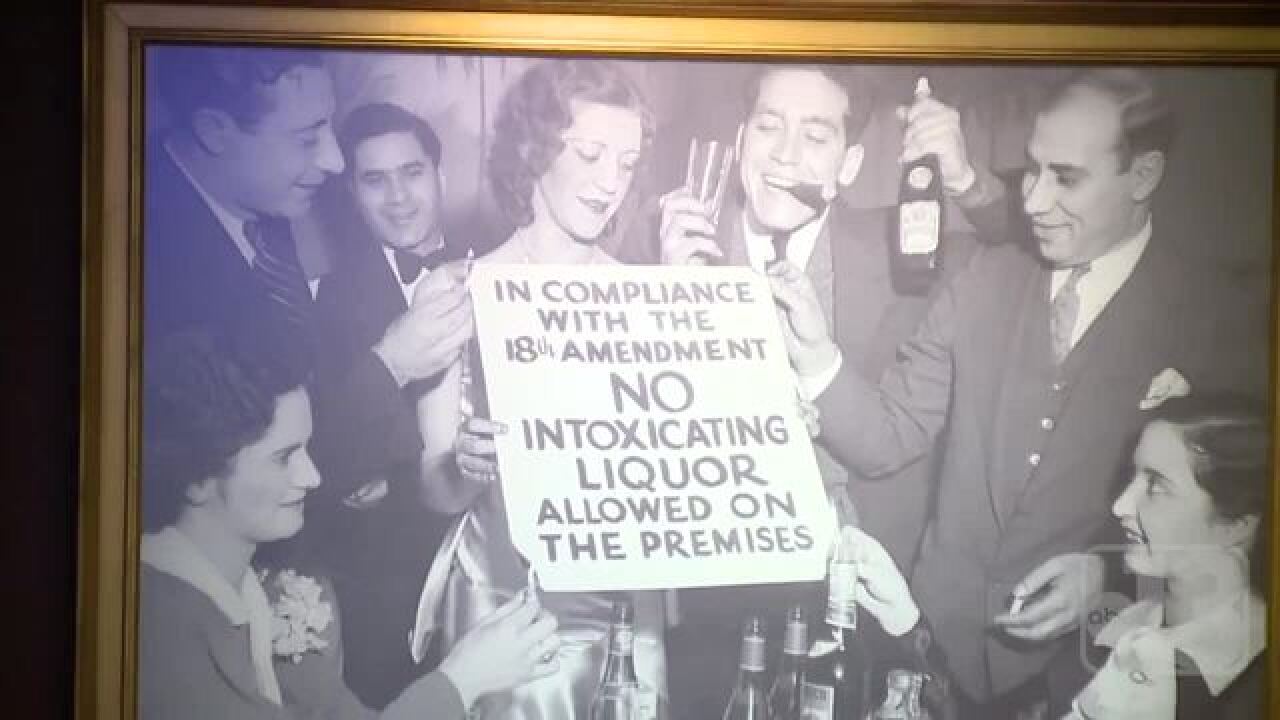 The Mob Museum's latest exhibit takes us back to the days of banned booze and the bootleggers who helped Americans illegally indulge during prohibition.

Jonathan Ullman, president and CEO of the Mob Museum, said they wanted to have an exhibition that was a working speakeasy.

"We wanted to be true to the time period," Ullman said. "We wanted to tell the stories of where people went to consume the illicit booze."

In The Underground, the Roaring 20s are resurrected to the sounds of jazz and in the company of rebellious flappers in the working speakeasy. Former mayor of Las Vegas, Oscar Goodman, got a sneak peek Thursday along with his wife, current Mayor Carolyn Goodman.

"Al Capone, Elliot Ness, Frank Nitti, all those people were connected with prohibition and this doesn't glorify them, but it tells the story," Goodman said.

The artwork, videos,and other artifacts on display are all historically accurate. There's even an authentic taste of the time when brewing beer and making liquor was forbidden. 100 percent corn mash moonshine is being made in a distillery in the museum.

The exhibit tells the story of organized crime and its connection to a 13-year crackdown on alcohol.

The exhibit opens on April 20.