Efforts to revitalize downtown Las Vegas are having a big impact on the value of homes in the area. The Zillow Home Value Forecast predicts the Downtown East neighborhood will be the hottest area for home sales this year.  Home values in the area have increased 8.9 %.

The "downtown east" neighborhood is located near Charleston and Las Vegas boulevards. Longtime homeowners like Dan Wertsbaugh have always though it was the place to be. 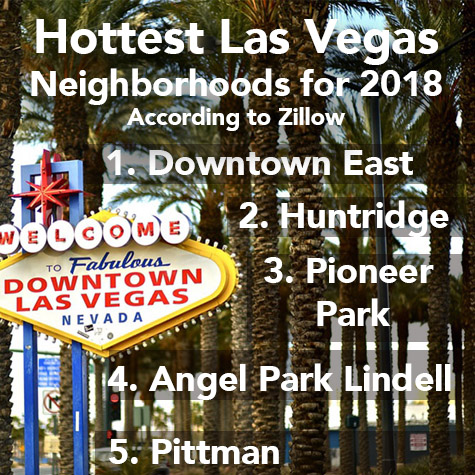 "I live 150 yards off the Las Vegas Strip," Wertsbaugh said. "I would think this would be prime real estate! In any other town, this would be like half a million dollars."

But Las Vegas has never been like any other town. When he wanted to sell he found his home would be going for far less than comparable homes in areas outside of the city. But  hings are turning around. Right now, in the same neighborhood, another home's value went up 40% in a year.

Zar Zanganeh is a real estate agent. He said in the past the area was considered less desirable.

"A few years ago it was hard to convince clients to consider, " Zanganeh said. "But today with the tech boom, a new medical school that is growing and the fact that millennials aren't looking for cookie-cutter homes."

After extensive renovations, a home that was purchased for  $210K  last year just went for $379K.

Zanganeh said younger home buyers want a more urban lifestyle free of suburban similarity. And since they are holding off longer on buying first homes they are more likely to save enough money to buy exactly the kind of home they want and then live it in longer.

"It's really the only area where the homes have character," Zanganeh said.

Wertsbaugh welcomes the increase in home values, but admits it comes with another price.

"Everywhere you go, it's all people that have just moved here. And I don't know anybody anymore"

Here are the top 5 hottest metro neighborhoods for 2018 according to Zillow and the percentage increase of home values: