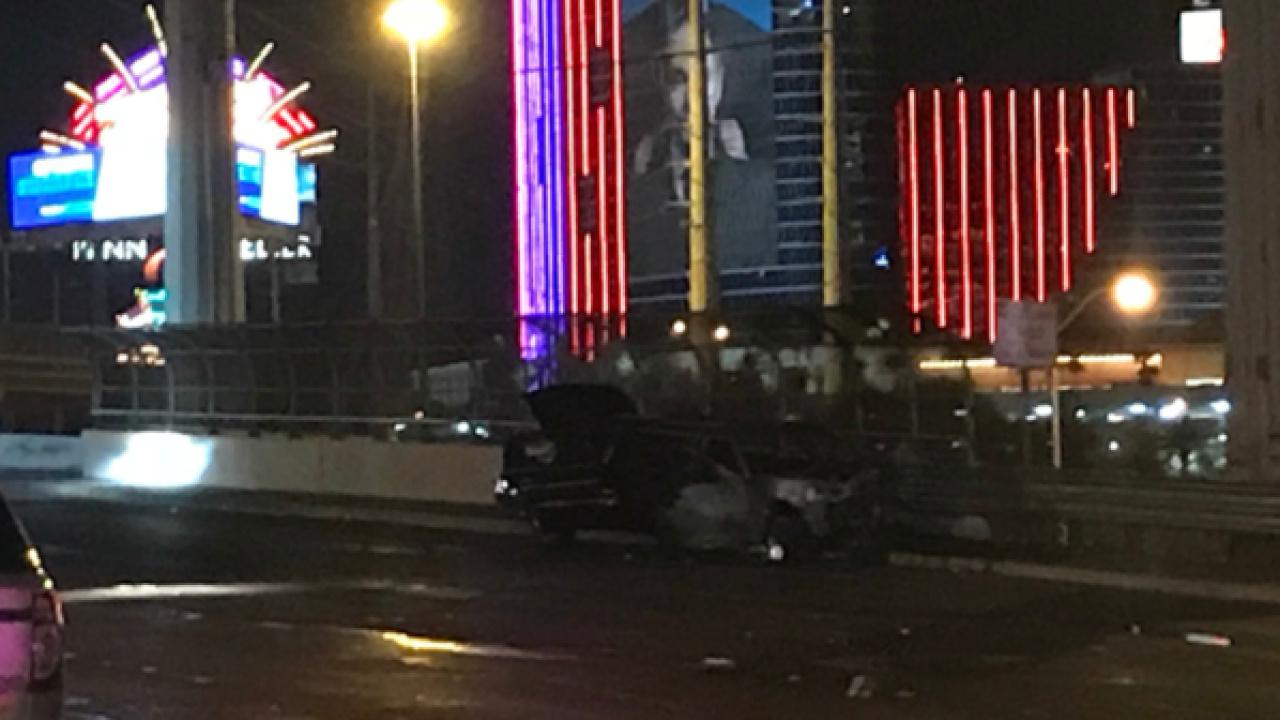 The Las Vegas Metropolitan Police Department said an officer was at fault for a crash that injured a limousine driver Thursday morning near the Las Vegas Strip.

Medics were called the scene of that accident at about 4:15 a.m. on Flamingo Road near Interstate 15.

The accident occurred when a LVMPD officer made an illegal U-turn in front of the limo, causing that vehicle to then rear-end the patrol car, according to Metro.

Both vehicles crashed into a wall after the collision with the limo catching fire after the impact.

The officer involved was able to get the limo driver out of the vehicle before that car was fully engulfed in flames.

Police said the driver of the limousine suffered a broken left arm, leg and face injuries in the incident.

The LVMPD is conducting its own review of the crash that could result in consequences for the officer.