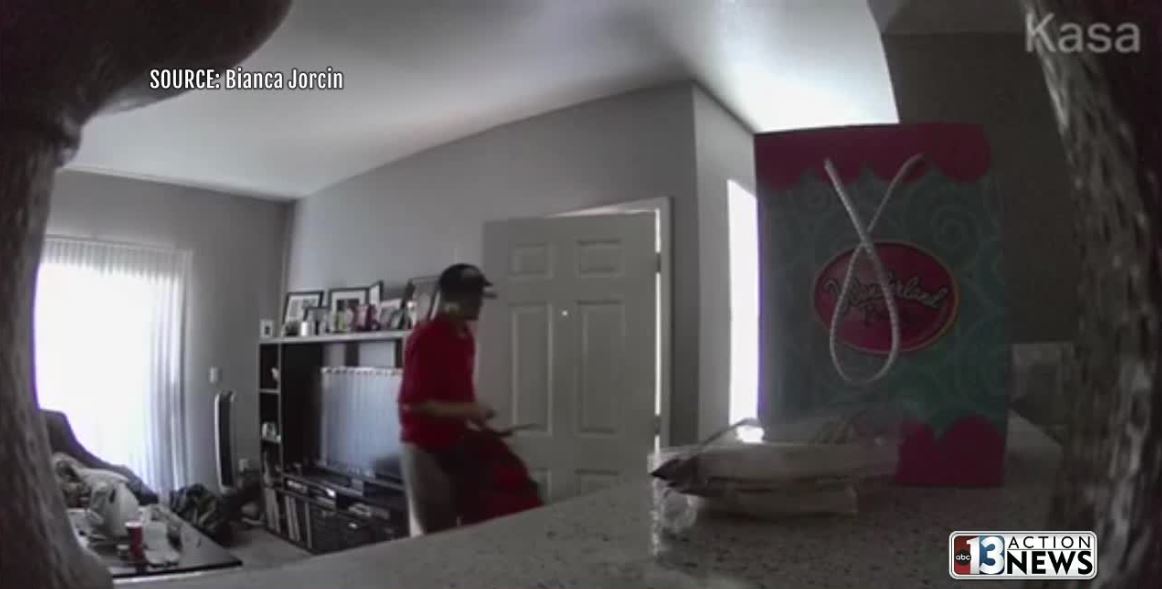 Dressed as a pizza man, break in caught on camera in Las Vegas. Reporter Jackie Kostek has the full story.

LAS VEGAS (KTNV) — Las Vegas police confirmed Monday they are investigating a brazen midday burglary caught on camera in a Silverado Ranch community during which the burglar was dressed in a Papa John's uniform.

A local Papa John's manager confirmed the man in the video was in a company uniform, but said he didn't work at that specific location.

The alleged burglary happened Jan. 7 around 2 p.m. in the afternoon when the couple was at work.

“You always think, 'oh that wouldn’t happen to me,' and then it happens to you and then it’s just like a gut punch," said Bianca Lorcin, who lives in the apartment.

That gut punch came in the form of the man bursting into the apartment she shares with her boyfriend.

Both Lorcin and her boyfriend received a notification from their Kasa security camera that there was movement in the apartment. When they logged into look at the camera, they were shocked to see the burglary happening.

"We both ended up watching it live as it happened," said Lorcin.

The couple watched as the alleged thief spent a full 45 seconds checking the lock he had broken before taking out a radio and speaking into it.

The man walked over to the couple's entertainment center, rifled through their belongings, and stuffed gaming headsets and other devices into his pizza bag before scurrying away.

The couple is now asking for the community’s help identifying the suspect while Las Vegas police investigate and conducts its own search. But now, longtime residents of the Silverado Ranch community are uneasy.

Christine said she’s considering putting up cameras in her own apartment as an added level of security. In the meantime, Lorcin just wants the burglar to be caught.

“It’s taken our piece of mind, our poor dog is traumatized, and it’s unsettling to be at home alone or even just leaving for the day for work, it’s just constantly in the back of your head wondering, ‘could it happen to again? Could it happen to someone else? My neighbor perhaps. It’s scary," said Lorcin.