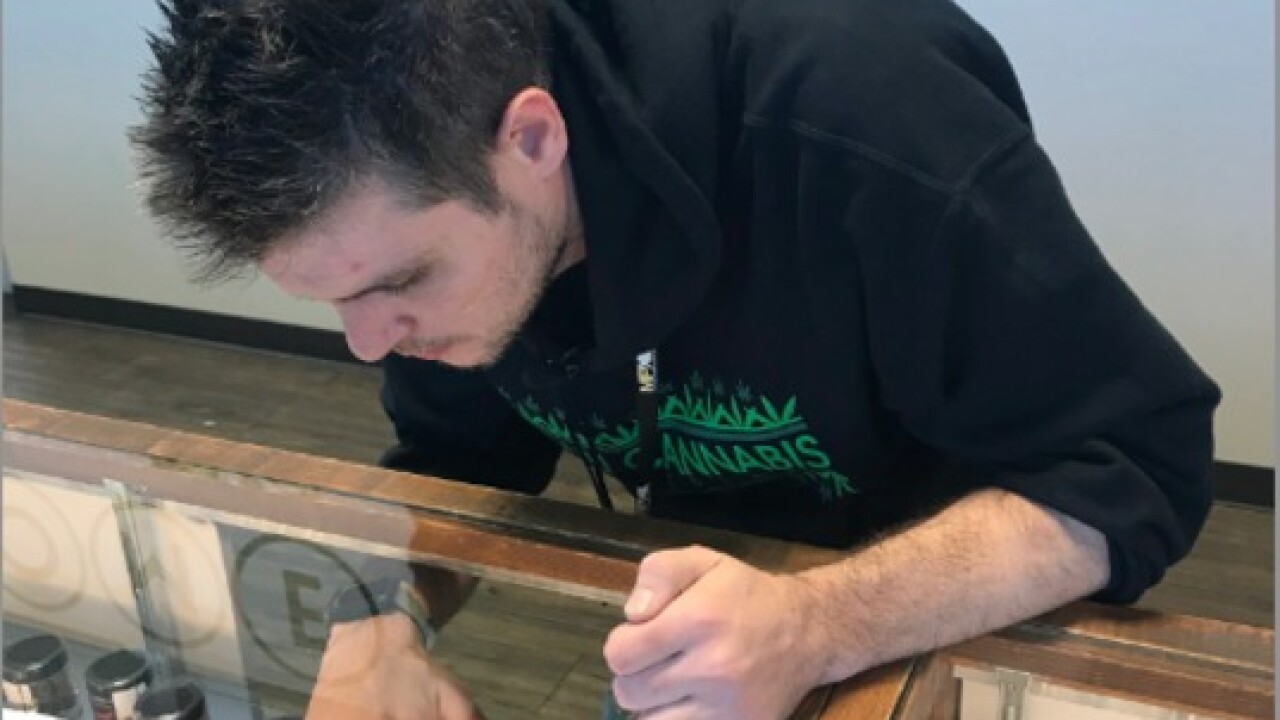 Since voters first approved recreational marijuana in Nevada in 2016, the industry in the Las Vegas valley has exploded.

In its first year of legalization alone, the state brought in nearly $70 million in tax revenue from the rapidly growing industry.

And as the marijuana industry continues to grow in Nevada, so are the job opportunities. But despite that growth, formal education is still limited. With marijuana still illegal at the federal level, most public universities won't offer any courses or degrees specifically catering to cannabis.

But UNLV is changing that. This semester for the first time, they launched a professional Cannabis Academy. In order to avoid issues with federal law on marijuana conflicting with financial aid, the course it run through UNLV's Department of Continuing Education.

The first ever course is taught online by Professor Trey Reckling. Reckling is based in Seattle and also works at a dispensary, and works with his students through video seminars -- teaching them all the ins and outs of the industry -- from the science of cannabis, to the business, laws, and regulations surrounding the industry. After passing tests, students who complete the course will receive a certification.

Reckling says his students this semester come from all different backgrounds -- including some who decided to completely change careers later in life.

"They're saying 'how many opportunities do you get in a lifetime to help establish a new industry and help pioneer it?'" Reckling says.

Some in the class hope having that certification from a trusted university like UNLV will give them an edge in the job market.

One of them is David Dragun. Dragun says he was once on disability after a serious car accident, and that medical cannabis was a huge help to him. After marijuana was legalized, he started working at Nuwu Cannabis downtown, quickly working his way up from their drive-thru to becoming one of their lead "budtenders" and supervisors, working the floor.

He says he's been able to rise through the ranks and make this his career. And he hopes this course will get him to the next level. His goal is to one day become a manager and later own his own dispensary.

"I'm learning qualities that it would take years to learn on my own that I'm now picking up through this course," Dragun says.

As for job opportunities, studies show there can be a lot of upward mobility.  While introductory budtenders make above minimum wage, manager-level positions can average around $60,000 to $70,000, and high-level careers including cultivators, owners and distributors can even make upwards of $200,000.

UNLV will be continuing its introductory course, "Cannabis Professional" with new sessions starting up each month in 2019.  The fee for the class is $99. More details are here.

They're also planning on expanding their curriculum, with 2 new courses -- one dealing with Cannabis and Pets and another on the role of Cannabis in the Opioid Epidemic.