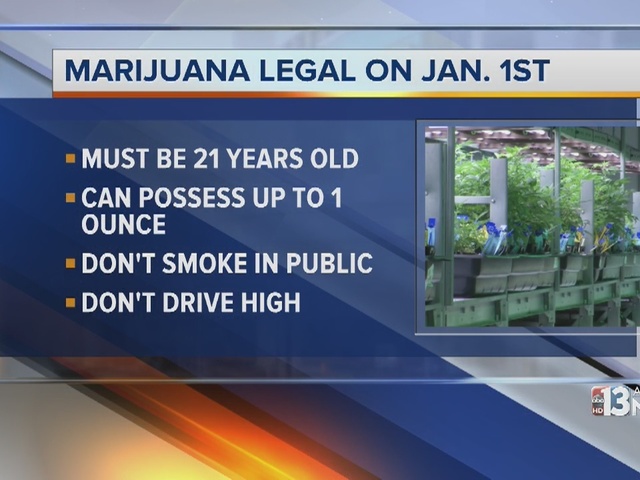 Adults 21 and older can legally possess one ounce of marijuana. They cannot smoke in public and need to be on their own property. 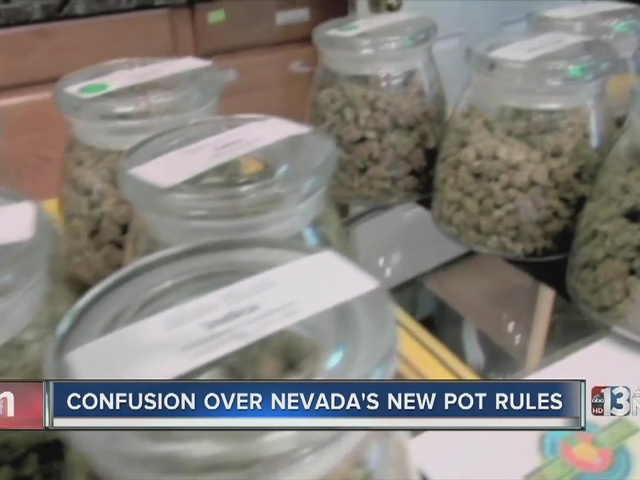 Recreational marijuana will be legal in Nevada starting Jan. 1.

Las Vegas police are urging users to do some research and learn about the new law.

Adults 21 and older can legally possess one ounce of marijuana. They cannot smoke in public and need to be on their own property.

It will also be against the law to drive under the influence of pot.

While recreational marijuana will be legal, having a place to buy it will take longer.

It could be anywhere from 3 to 8 months or more before the state irons out how to regulate this new industry. Until then, a person can't legally buy pot for recreational use at a dispensary.

"That's going to create a black market probably which somebody has to deal with," said Nevada state Sen. Tick Segerblom.

Once someone does get their hands on the stuff, smoking will only be allowed indoors at private homes. There won't be any smoking in casinos or hotel rooms, and there's no crossing over state lines with it.

In addition, employers can still ban marijuana and fire employees for smoking pot.

The state has a year to work out how to regulate this new marijuana beast.

Once the regulations are set and dispensaries can start selling, that's when the tax dollars start rolling in.

Recreational marijuana legalization was initially approved under Question 2 in November.

Nevada's new marijuana law takes effect Jan. 1st - persons over 21 can possess up to 1 oz. It's important to remember what is/isn't legal. pic.twitter.com/6WGQDegnO9