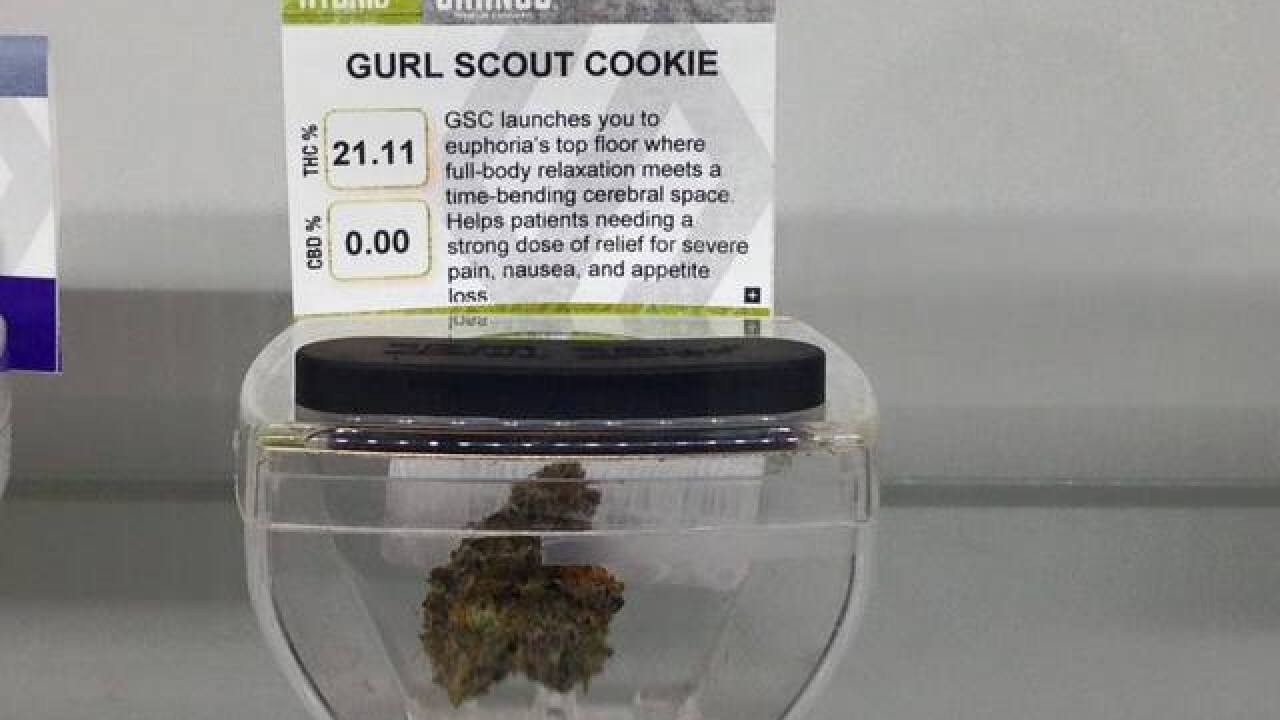 Copyright 2017 Scripps Media, Inc. All rights reserved. This material may not be published, broadcast, rewritten, or redistributed.
Parker Collins 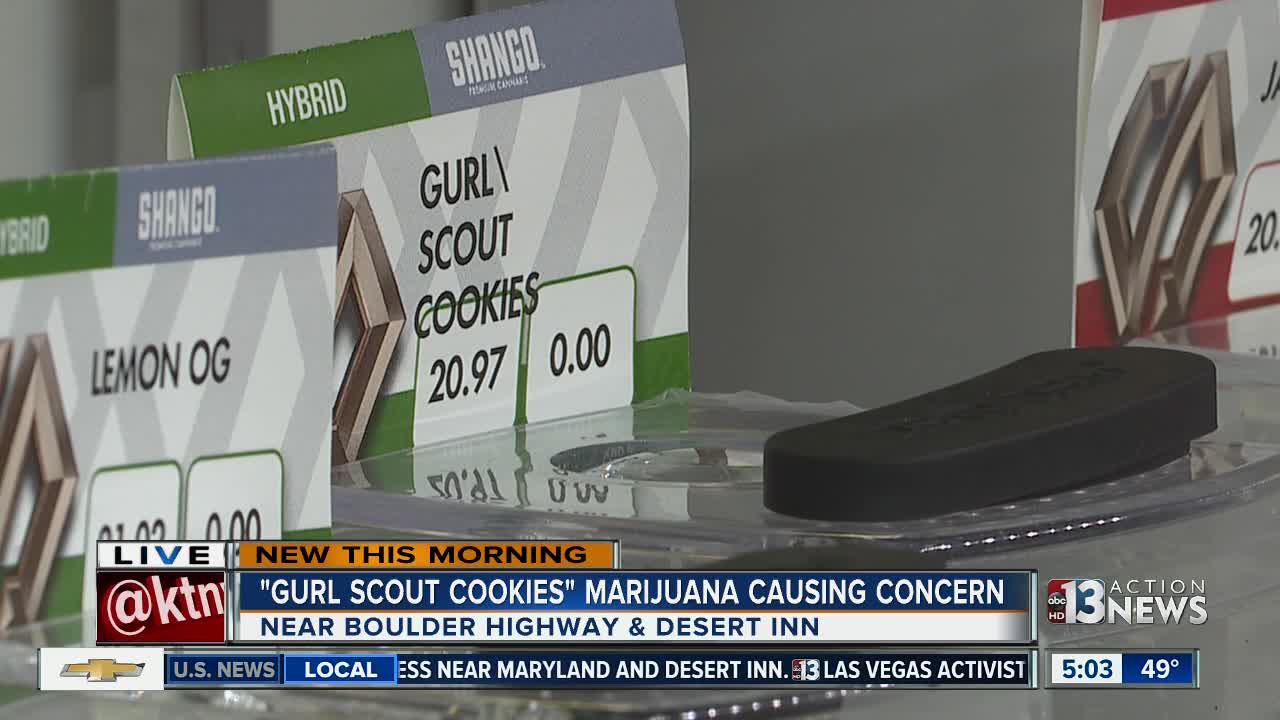 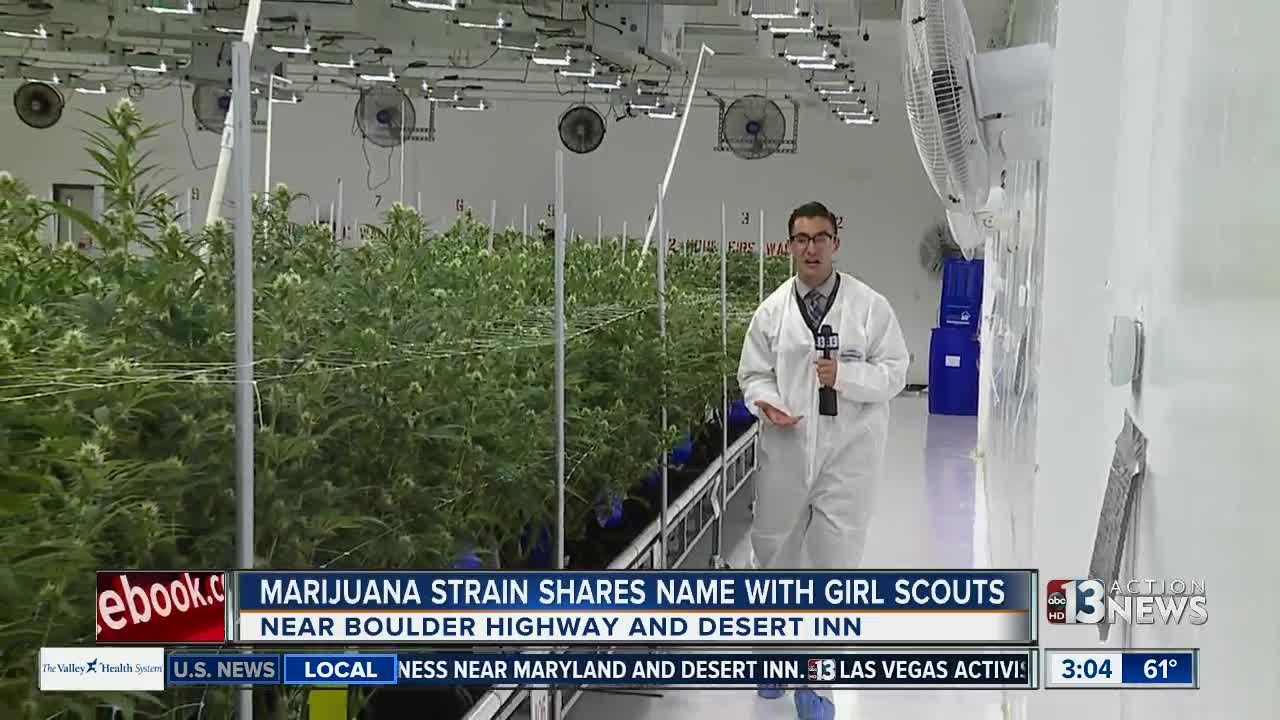 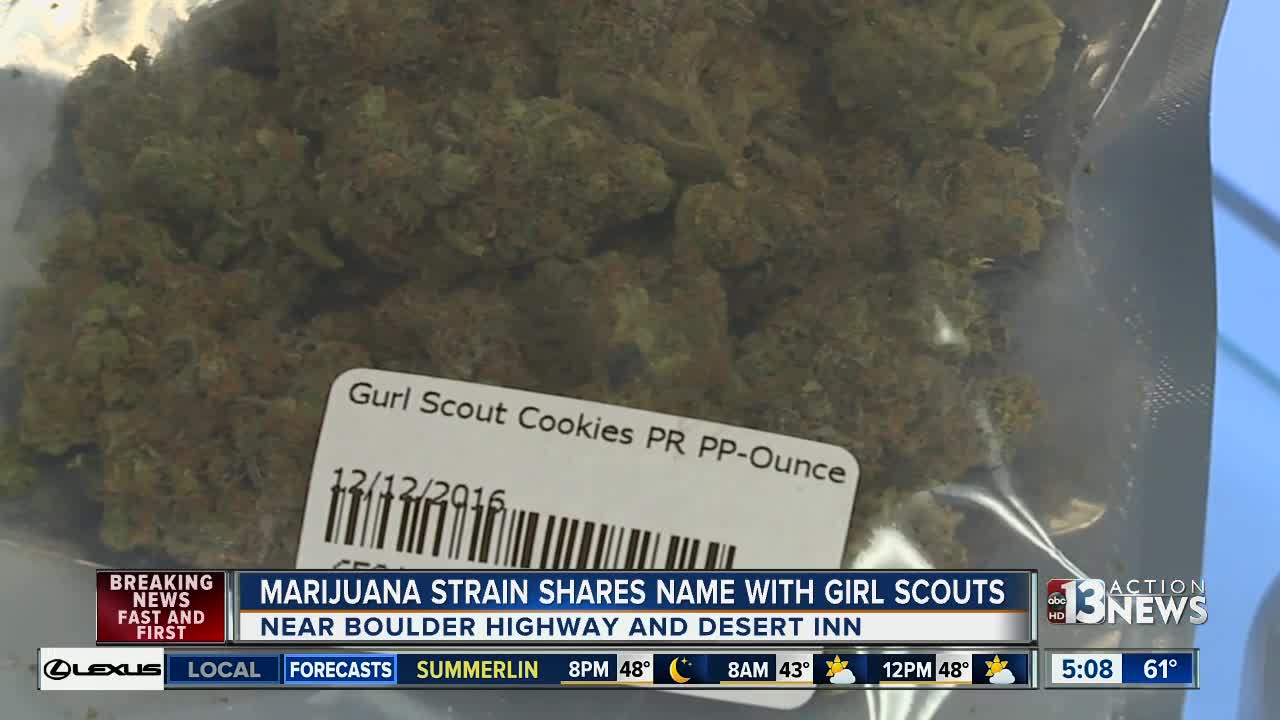 Shango, a dispensary in Las Vegas, sells a strain of marijuana called "Gurl Scout Cookies," and it's making some parents uncomfortable.

The strain was named by the breeder when it was created years ago. Shango changed the spelling of girl, trading "i" for "u," but other dispensaries sell the same strain without altering the spelling.

Some parents don't like the connection between marijuana and the Girl Scouts.

"I have been getting a lot of people at booths asking if we had the 'other kind of Girl Scout Cookies,' which I felt was inappropriate," said Cheri King, whose child is in the Girl Scouts.

Still, Shango says that many of its patients rely on "Gurl Scout Cookies" for medicinal purposes and only know the strain by its name.

"When [the breeder] came up with that name, were cognizant of what that would mean in the legitimate business world? Probably not," said Matthew Gardiner, vice president of Shango. "At the same time, you have patients who have come to recognize that as the strain that addresses the issues that they have."

California dispensaries got a cease-and-desist letter for trademark infringement from the Girl Scouts, meaning that they had to pull the products. So far, no legal action has been taken in Nevada, though they did release the following statement:

We were recently made aware of local dispensaries using the Girl Scouts trademarked name, or a variation of our trademarked name, to sell their products. In January, dispensaries in California were issued a cease and desist letter from Girl Scouts of the USA for trademark infringement and have removed the product in violation from their shelves. "Girl Scout Cookies" is a registered trademark dating back to 1936. Our famous cookies are known the world over for their delicious flavor and we do not want the public to be confused by unauthorized products in the marketplace.