This comes after Nevadans passed Question 2 on Nov. 8, which will make possession of an ounce or less of marijuana legal for those 21 and older on Jan. 1. 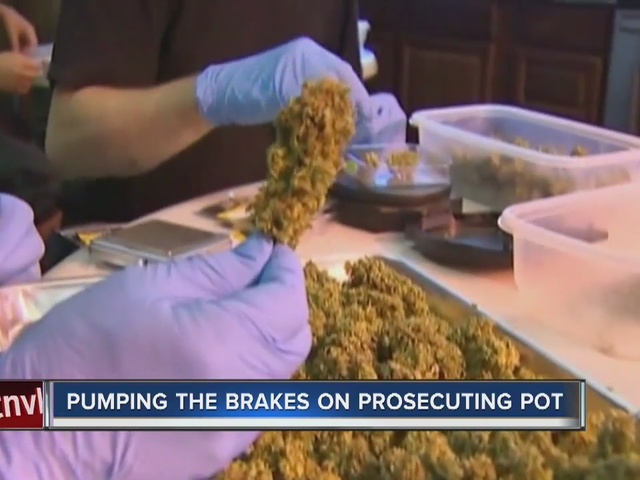 The Clark County District Attorney's Office is holding off on prosecuting simple marijuana possession cases, following the passage of Question 2.

The new law, set to take effect on January 1, allows Nevadans 21 years and older to possess up to an ounce of marijuana for recreational use.

The DA's Office announced Tuesday it will not pursue these prosecutions a month and a half in advance.

RELATED: Recreational marijuana approved in Nevada: When and where can people smoke?

13 Action News spoke with a dozen locals downtown regarding this decision.  The majority said they're glad officials will be focusing on more serious offenses.

"I support people having the liberty to do what they want to do," said one man.

Although public consumption of the drug is still outlawed, several people said they're worried it'll increase in the coming months.

Under current law, NRS 453.336, a person who is convicted of the possession of 1 ounce or less of marijuana is guilty of a misdemeanor for the first and second offense.  The third offense is a gross misdemeanor.  For a fourth or subsequent offense, the defendant would be convicted of a felony.

13 Action News is reaching out to the DA's Office to find out what will happen with current cases in the system.