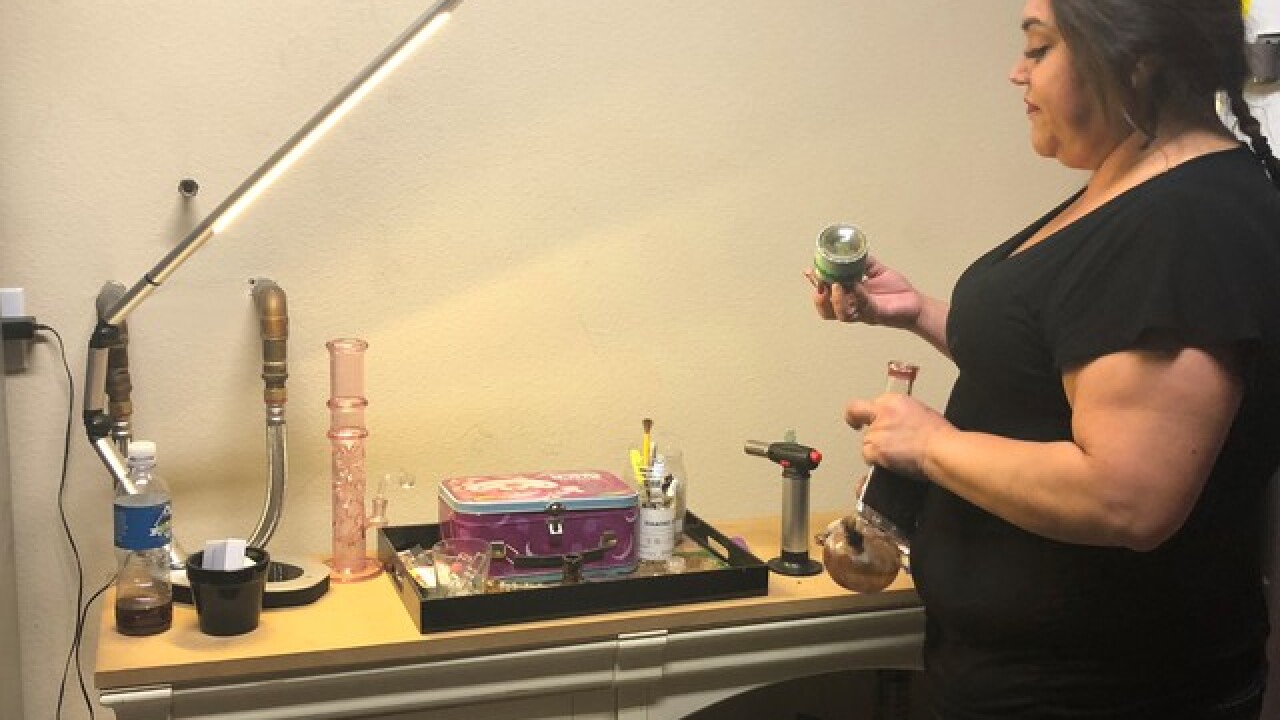 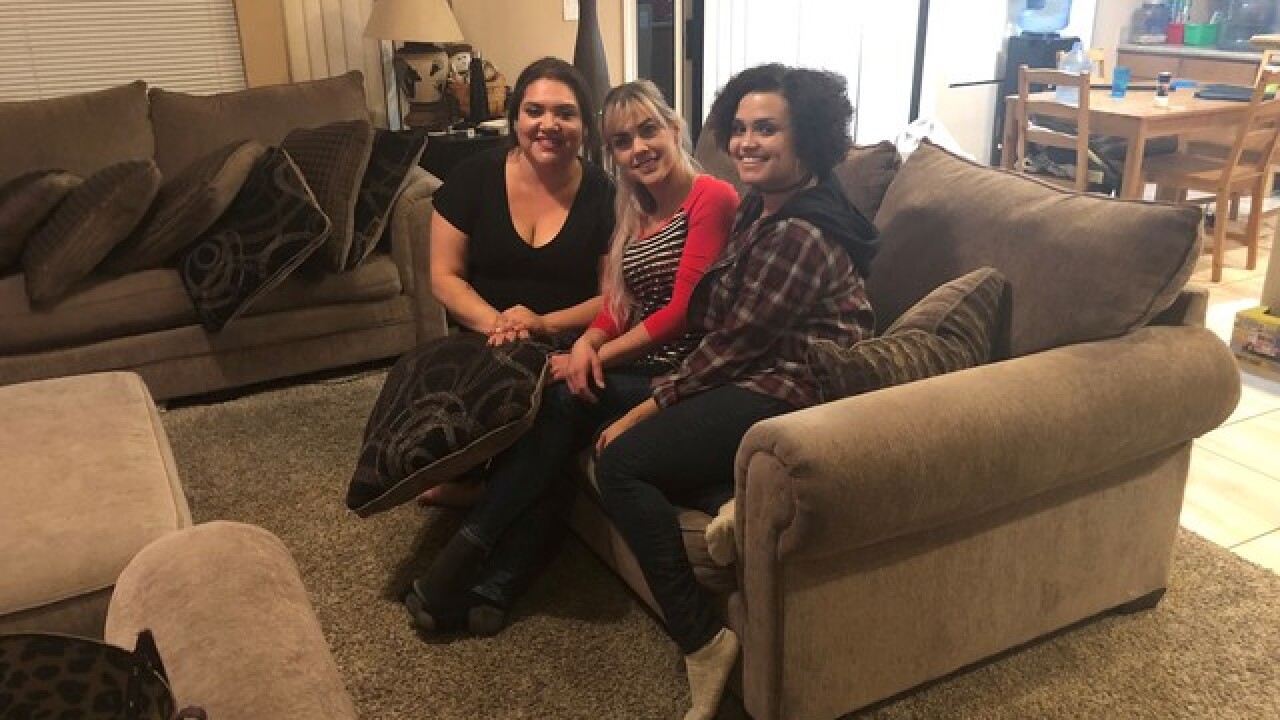 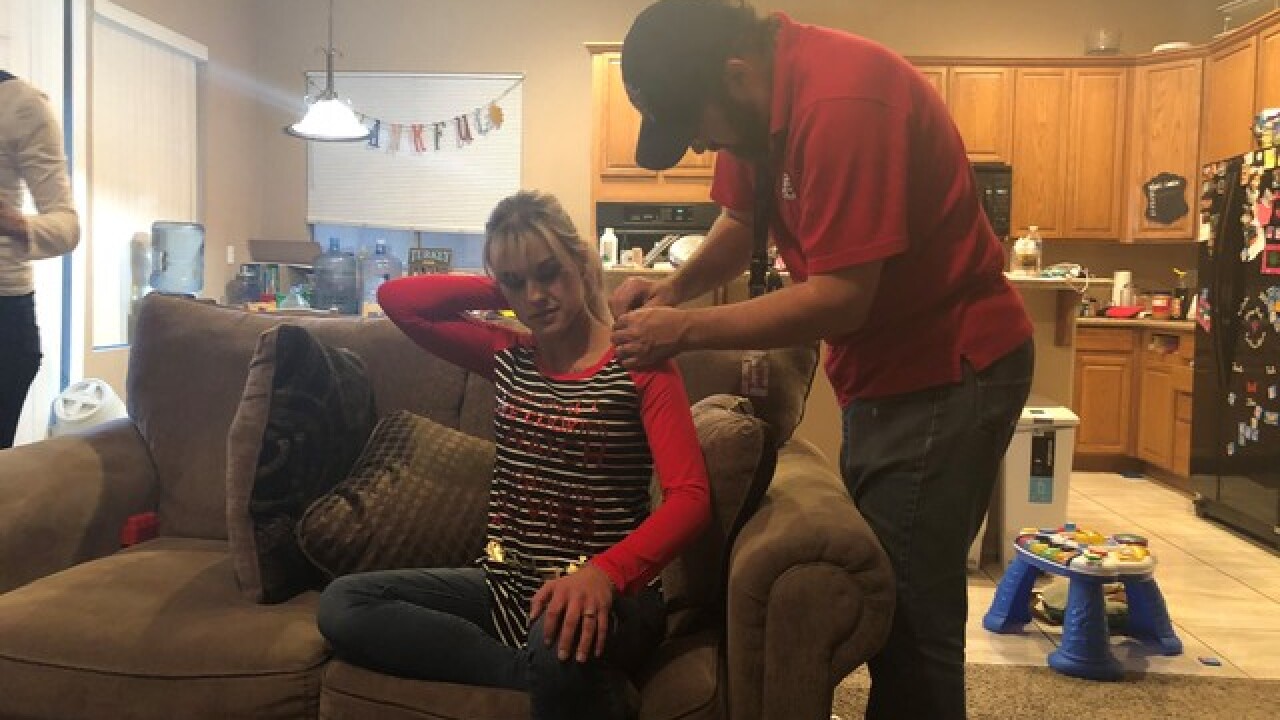 Play dates, book clubs, and then relaxing with a nice glass of chardonnay. That's one image of modern motherhood.

WATCH the full story with Carla Wade tonight at 11 P.M. on 13 Action News

But in states like Nevada where pot is legal some moms are pushing their wine glasses to back of the cabinet for cannabis products. While attitudes about marijuana are changing, pot smoking moms said they feel like the villains in the ongoing mommy wars.

We got a chance to meet just a few of the 702 Cannamommys. They are members of a private online group. They are all mothers, most of them in their 20s and 30s, who are open about smoking weed and using other marijuana products.

"Yes, I'm a pothead," said Alissa. "But my house is clean. My kid is taken care of and my bills are paid for."

But they say being so candid about cannabis comes with a price. Their closed group has dozens of members but most were reluctant to go on camera for an interview. And while you could see all the telltale signs of small children in the home where we met -- toys, a stroller and Dr. Seuss books -- they asked us not to shoot video of their kids or use their last names.

All because they fear a backlash from other parents. After all, it was the swift judgment from mothers that led Bree to form the group.  In those "other" groups she said it was perfectly acceptable to discuss popping Xanax or downing a bottle of wine by noon, but conversing about “the chronic” was totally taboo.

"I can't tell you how many wine and book clubs they would be talking about in those mommy groups and all I could think about was man; I wish I could talk about smoking weed," said Bree, the founder of the group. "Like, can we go smoke a joint?"

"That was my problem in the mom groups," said Amber. "Was that every time I would even mention smoking pot I would have 50 moms bashing me."

"It scares a lot of parents, especially moms," said Stori, another mom in our group.

A lot of the Cannamommys grew up during the "Just Say No" era. They saw strong public service announcements against marijuana use. Even though it’s legal recreationally in 10 states right now, they say it's hard to shake years of anti-marijuana education even though most started experimenting as teenagers.

"It was just looked at as if it were dope or crack," said Stori. "In the same bubble as what weed was."

Bree laughed as she mimicked the "flat girl" PSA a lot of adults remember.

"The old pot commercials in the 90s where you just sink in the couch and you're not going to do anything. And your dog is talking to you."

Being a mom is stressful. These moms acknowledged they use marijuana to relax or unwind, but said it's definitely not the only reason.

Alissa said pot eased her postpartum depression symptoms. Amber said it keeps her off numerous pain medications for scoliosis. The one thing they all said it does not do is keep them from taking care of their families.

"I can get my son's homework done. He reads to me," Stori said. "I make sure he takes a shower. I'm still cooking dinner."

"They don't just use it to get stoned and veg out and eat munchies like they think we do," said Bree.

Alissa keeps her cannabis products in the garage away from her 3-year-old son but said when he's old enough.

"He's gonna know mom goes into the garage. Mom is smoking outside."

Unlike parents of past generations who indulged in their youth, but as adults hid their pot use from their kids, these Cannamommys said they're taking a different approach.

"If my daughter were to ask questions I would answer open and honestly, " Bree said. "I wouldn't lie to her or try to hide it. Or act like it's something to be ashamed of."