With March Madness underway, sports books around the valley are booming with people from around the country looking to place bets.

At the Westgate and South Point today, hundreds lined up at the counter to bet on NCAA tournament games.

Some fans tell 13 Action News that the atmosphere of being able to bet in Las Vegas beats anywhere else.

"You can't duplicate this environment," one fan from New Jersey tells us.  He says because it's the only place in America you can legally bet on sports, he and his friends have been coming to South Point every year for 17 years.

And all that attention in Las Vegas is also benefiting the local economy. 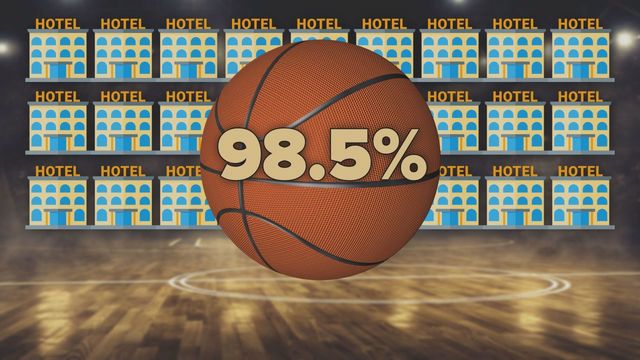 According to the Las Vegas Convention and Visitors Authority, last year, the first weekend of March Madness saw the second busiest weekend of the year in term of occupancy, with 98.5% of the rooms in Las Vegas filed.  That's around 147,750 of the 150,000 rooms available booked. 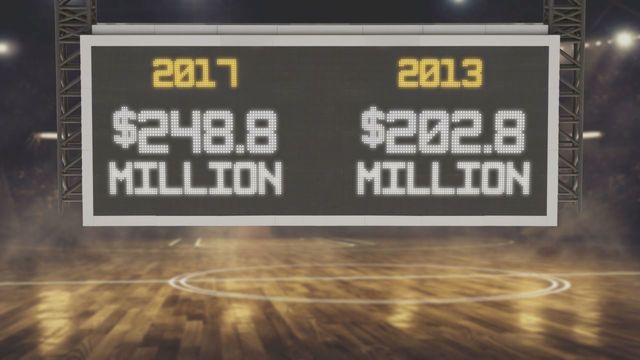 The Nevada Gaming Control Board also says that sports betting brought in nearly $250 million last year.  Although that's only around 2 percent of total gaming revenue, the number is still significant because of how quickly it's growing.  Four years ago, that number crossed $200 million for the first time, and it's gone up since, even as other forms of gaming on the Strip have slowed down.

While some worry a potential Supreme Court case that might bring sports betting to other states besides Nevada would hurt that trend, some fans say the allure of Las Vegas and what the city has to offer won't be found anywhere else.