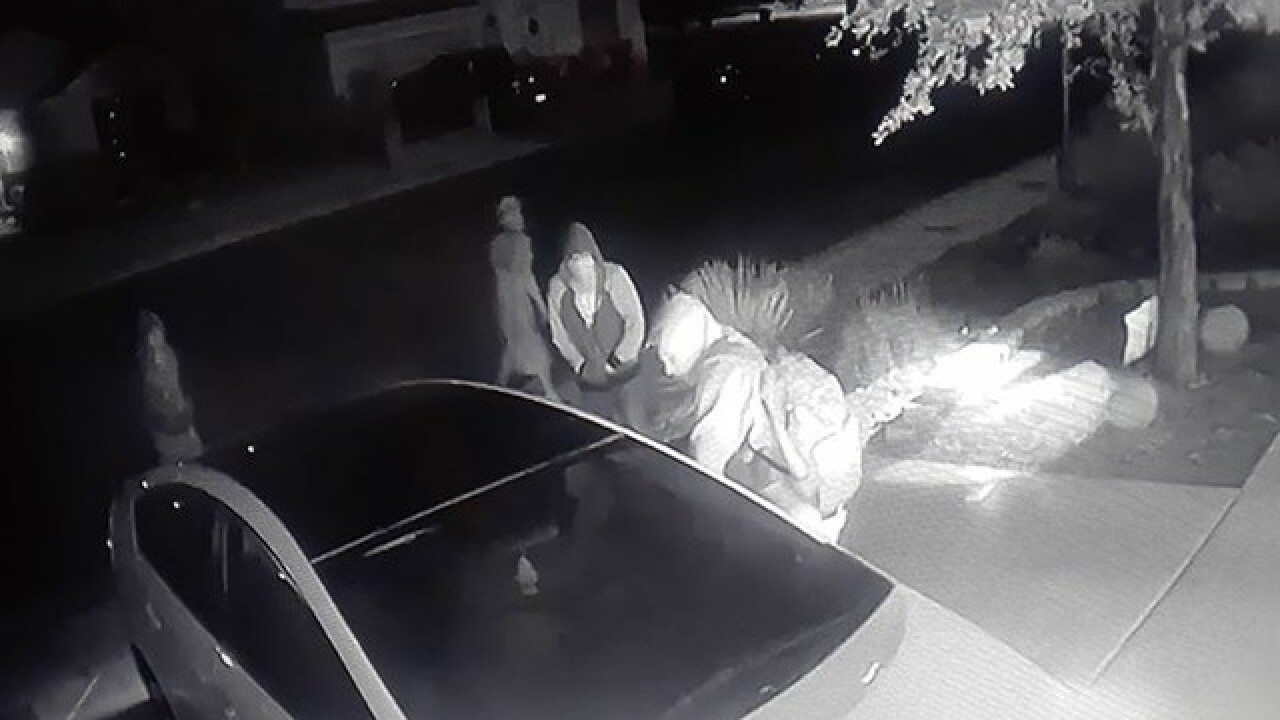 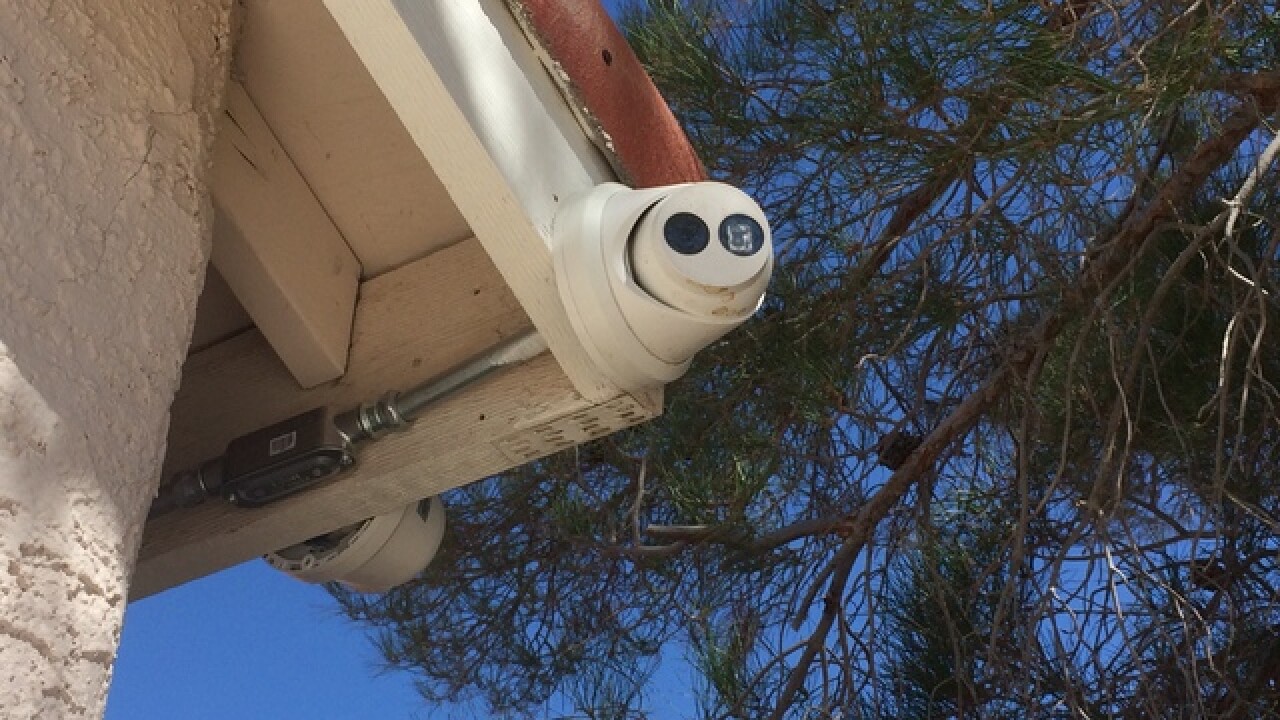 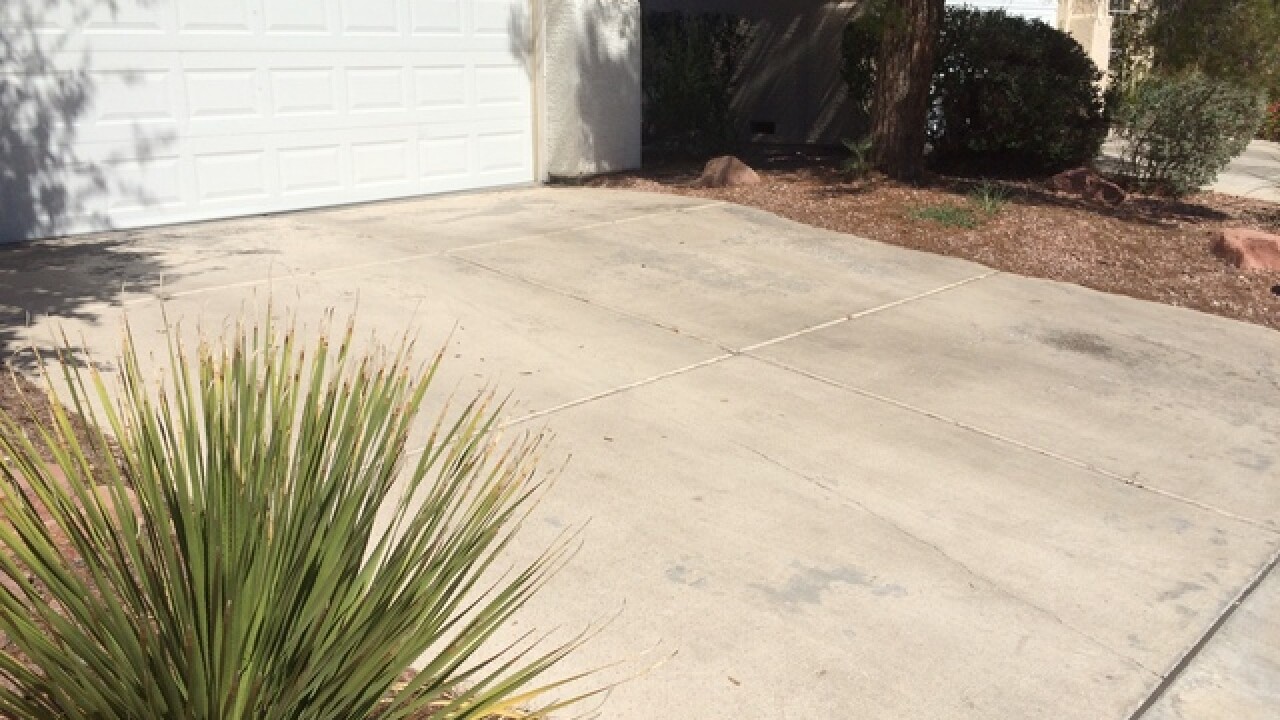 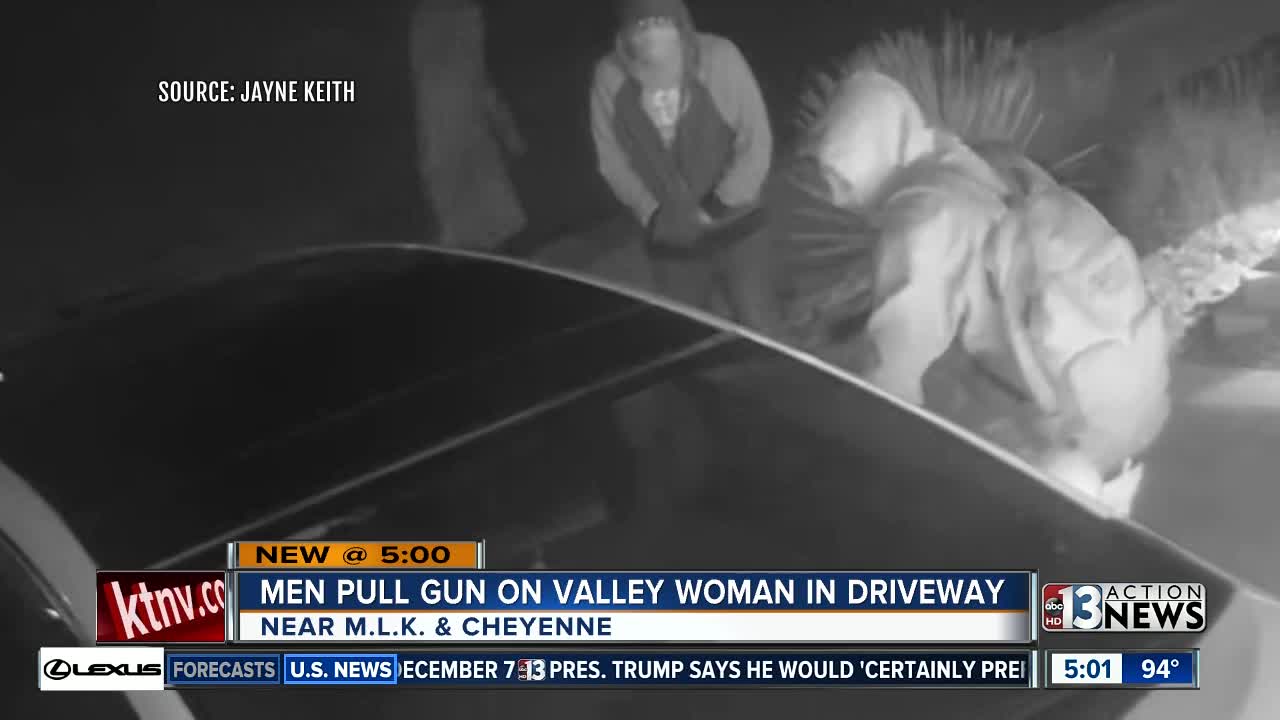 A home surveillance camera in North Las Vegas shows a woman being approached at gunpoint while sitting in her car in her own driveway Tuesday night.

Jayne Keith had no idea what would happen next after she parked her car.

“The one guy bangs on my car window as I was sitting in here talking on the phone,” said Keith.

The incident happened in a quiet neighborhood near Cheyenne Avenue and Martin Luther King Boulevard.

Keith says she thought it was a family friend at first when the man approached her driver side door, but then quickly realized something wasn’t right.

“I could see the gun pointing right in the window,” said Keith.

The surveillance video shows the group approached her car while she was sitting inside.

“My first reaction was to lay on the horn," said Keith.

The North Las Vegas resident was not hurt in the incident, but the suspects remain on the loose according to authorities.