Bryce Cuellar posted a threatening video on YouTube outlining his plan to kill "homosexuals and Satanists." 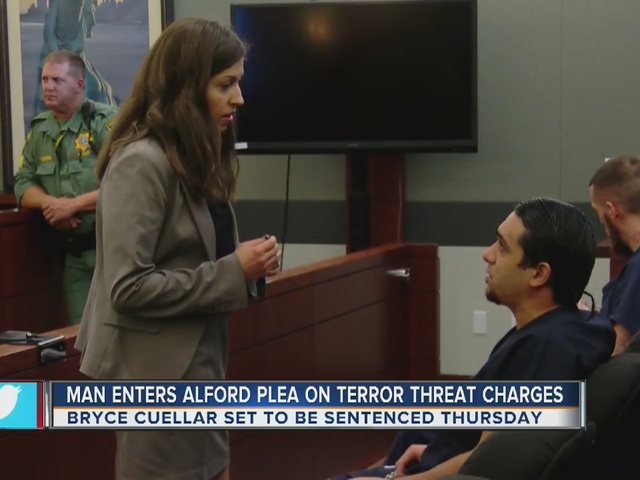 The man charged with making terrorist threats in a YouTube video will have to wait a few more days before he learns how long he'll spend behind bars.
On Tuesday, Bryce Cuellar appeared in court and made an Alford plea to the terrorist threat charges, thus accepting the consequences of a guilty plea while maintaining his innocence.
The plea carries a lighter sentence -- instead of 2-20 years in prison, Cuellar could face 1-10 years.
Police say that back in July, Cuellar posted a threatening video on YouTube that detailed his plan to kill "homosexuals and Satanists."
13 Action News spoke to one of Cuellar's friends at court.  They said they're frustrated with the case, arguing the YouTube video should be protected under freedom of speech.
Cuellar is expected to appear in court again on Thursday for his sentencing.
Copyright 2016 Scripps Media, Inc. All rights reserved. This material may not be published, broadcast, rewritten, or redistributed.