Violence on the Las Vegas Strip is making the rounds on social media. Some people are wondering whether the hotels with their cheaper room rates during the pandemic are attracting unruly visitors. Jeremy Chen reports. 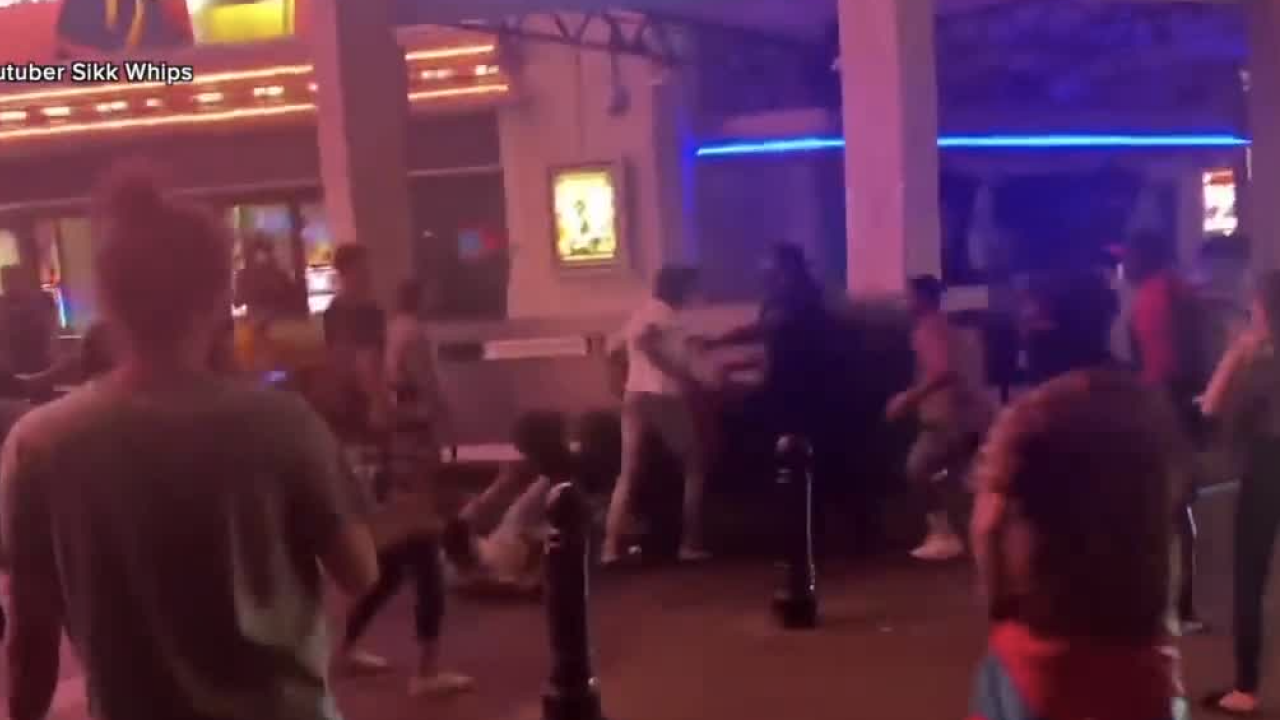 LAS VEGAS (KTNV) — Police say they are investigating a few violent brawls that were caught on camera over Labor Day weekend on the Las Vegas Strip and downtown.

Those incidents were making the rounds on social media and left some people wondering if the hotels with cheaper room rates during the pandemic are attracting unruly visitors.

YouTuber Sikk Whips captured a chaotic scene on video outside of the Flamingo hotel-casino. It was just one of a few videos circulating that showed unruly behavior on the Strip over the holiday weekend.

“Anytime that you get more people into town than usual and a lot of people, drinking and partying and bumping into one another you’re going to have incidents," said Anthony Curtis, the publisher and owner of Lasvegasadvisor.com.

He says the behavior seen on such videos is not new during a holiday weekend, especially when people drink.

“You know, we have a polarized nation right now and a bunch of people from two sides of the fence walking around the Strip and running into one another and I think that’s what went on,” Curtis said.

The Las Vegas Metropolitan Police Department says there were numerous fights at Strip properties and in the downtown area.

The LVMPD Downtown Area Command made 28 arrests over the weekend, with 27 citations written on Friday. Officers say the violent scenes are being investigated.

“For those of you looking to prey on tourists or the residents of this community, it will not be tolerated,” LVMPD Capt. Trish Spencer said.

Curtis says while prices at Strip hotels are cheaper, they are not to blame for the violence.

“They’re not ultra-low. I mean one of the big brouhahas was at the Wynn where rates with resort fees were going for $184 on weekdays and almost $350 on weekends,” he said.

A Wynn Resort spokesperson, in response to a video circulating of a fight at its property, said those fighting were not hotel guests and that the property is taking additional measures by scanning key cards to their hotel towers along with extra security. The resort is also raising its hotel room rates to the level they were before the pandemic.

FULL STATEMENT FROM THE WYNN
“An otherwise calm holiday weekend was marred by a disruption created by non-hotel guests in the Encore casino.

In order to ensure Wynn Las Vegas and Encore maintain the guest experience standards for which we are known, we are increasing our investment in our security procedures and team. We have increased the presence of security throughout the resort and added more uniformed Metro police officers. Security officers and others currently prevent groups of unrelated guests from gathering to ensure appropriate physical distancing; with their increased presence, Wynn security will allow no exceptions.

As an added precaution, all hotel room keys will be scanned at elevator entrances to ensure only current registered guests are admitted to the hotel towers. Furthermore, as guest demand for our luxury resort experience grows, Wynn Las Vegas and Encore have now returned to the standard, higher hotel rates we offered pre-pandemic.”

Tuesday's full press conference from police is available below: