Many have family, friends in California 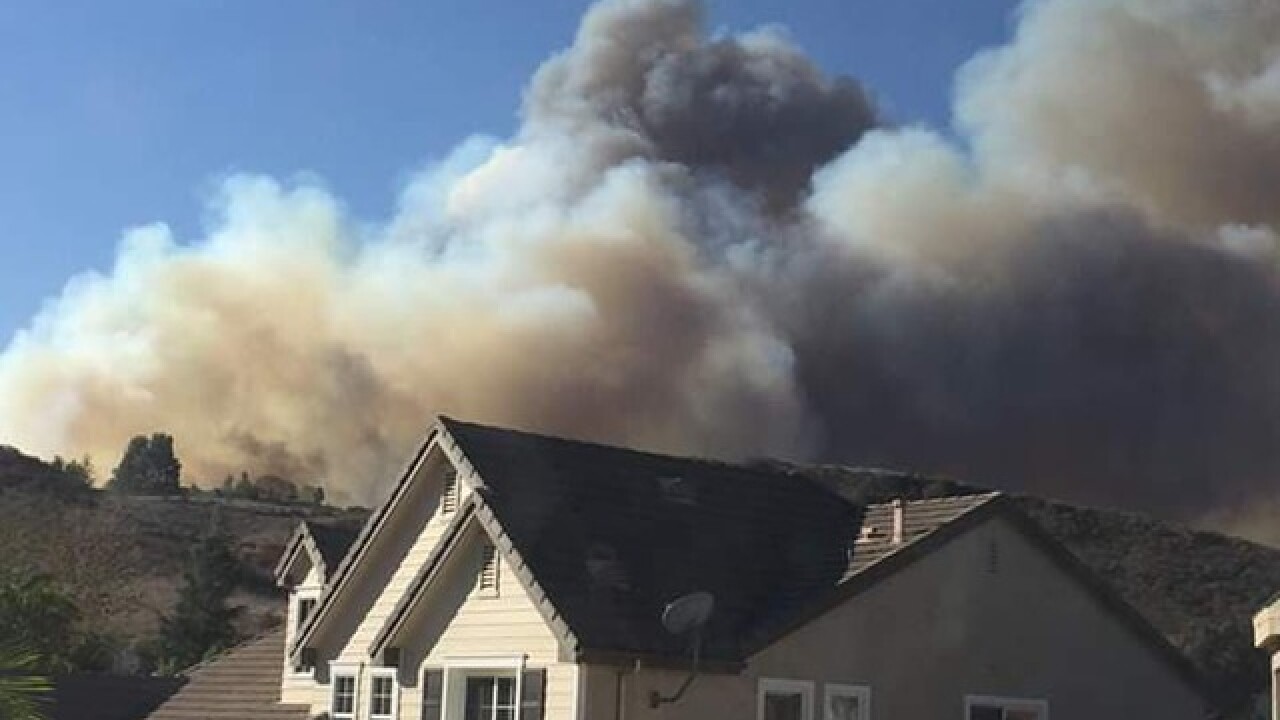 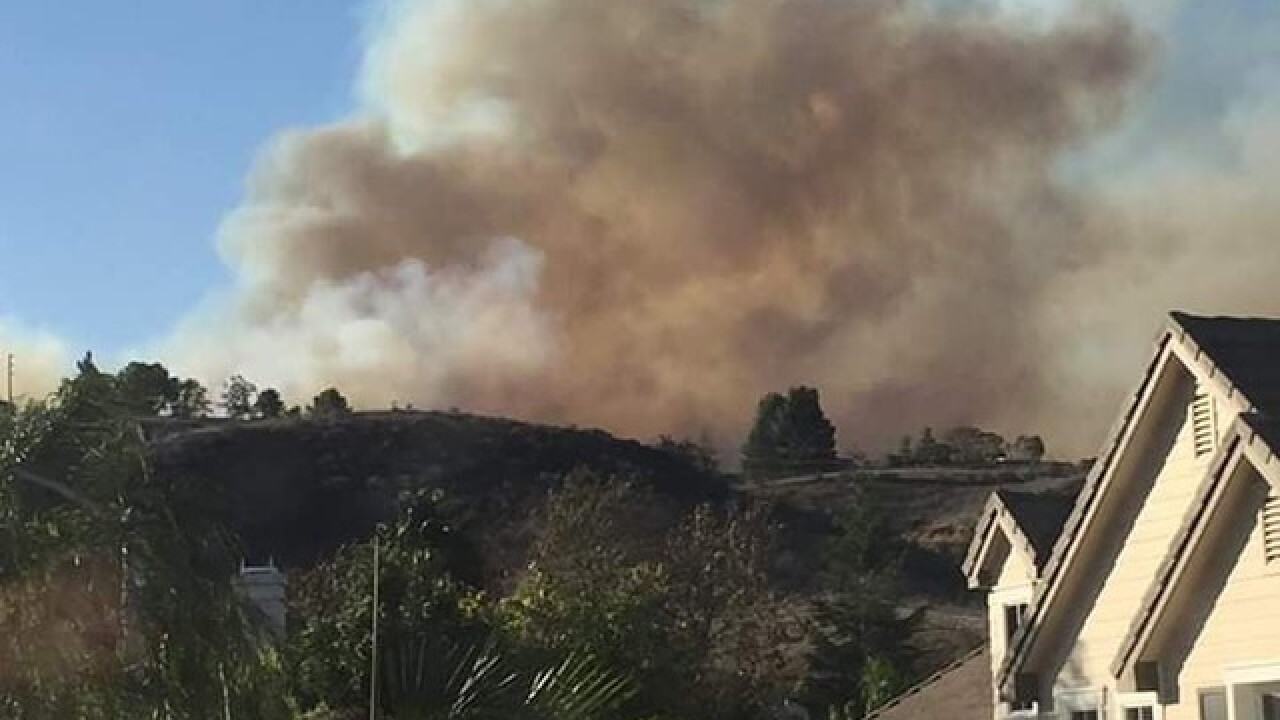 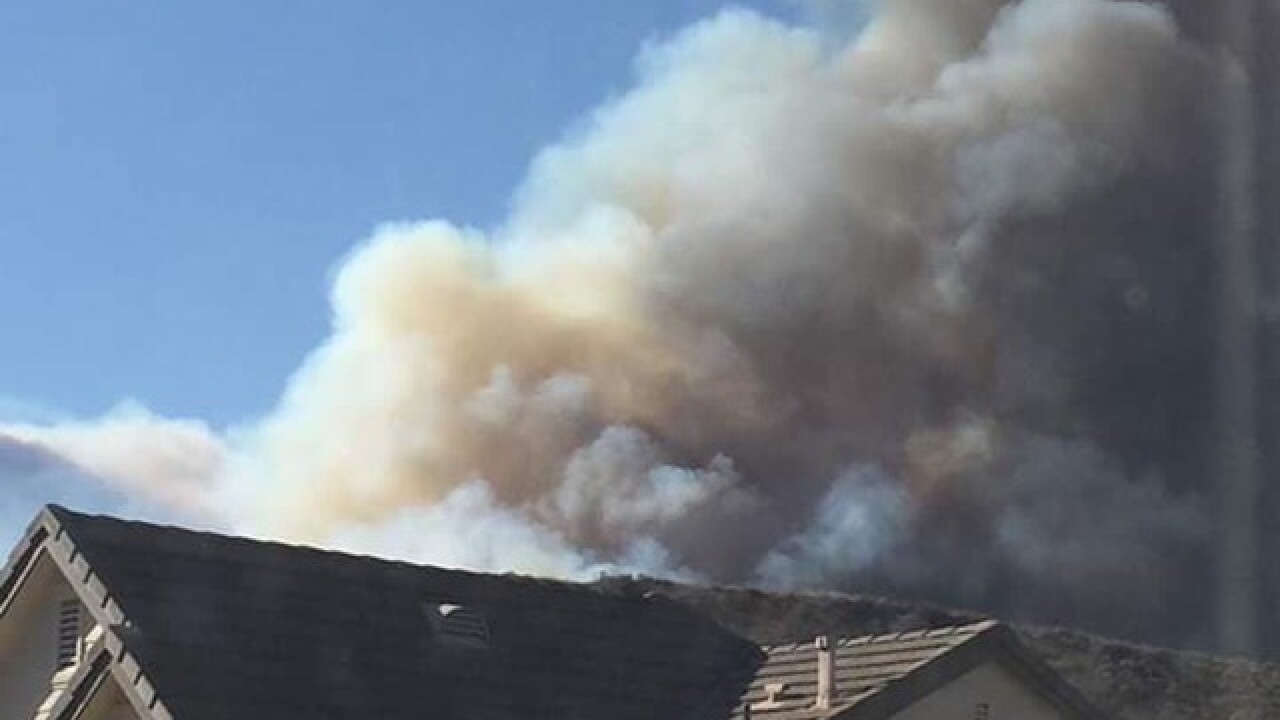 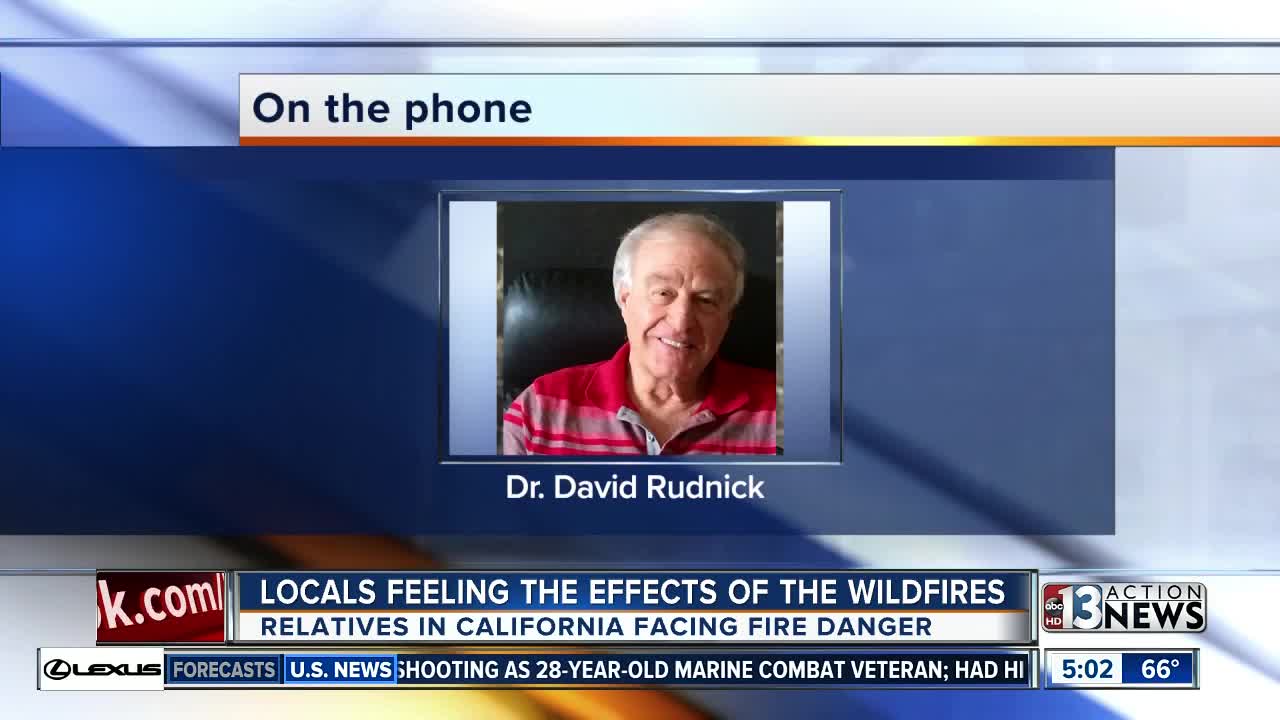 Many in Las Vegas with ties to California are concerned about their family and friends as wildfires continue to burn in the Golden State.

Even in the 13 Action News building, there are folks worried about their family and friends in Southern California.

Chief Investigator Darcy Spears is worried about her parents, who can literally see flames from their Calabasas backyard.

Fast-moving wildfires have been moving through the state of California from north to south, prompting mass evacuations, destroying homes, and even claiming lives.

“it’s just hard to get my head around how close it is and how threatened they are,” said Spears.

Her parents live in an area where firefighters have been battling the Woolsey Wildfire near Los Angeles.

“Fires just break out randomly and frequently. Sometimes they seem to dissipate but then break out again in the same spot,” said David Rudnick, Spears' father.

The family told 13 Action News they were getting ready to possibly evacuate as they watched the fire inch closer to their house.

“It slowly snakes its way closer and closer, I think the excitement has certainly given its way to fear,” Rudnick said.

For Spears, she has experienced waves of fear as her parents have random power outages due to the fire and described every phone call being scary with the updates.

“It’s been ‘I hear sirens I have to go’ or ‘I’ll call you back’, or ‘Oh my gosh, there’s a flare up so close to the house I gotta go’, so I’m helpless here only having the phone to connect with them,” Spears said.

13 Action News also received pictures and messages from viewers who have family in the Simi Valley area.

The pictures clearly showed flames inching closer to their homes as fire crews continued their battle against the wildfires.