UPDATE: Pastor attacked, suspect says he was followed by FBI 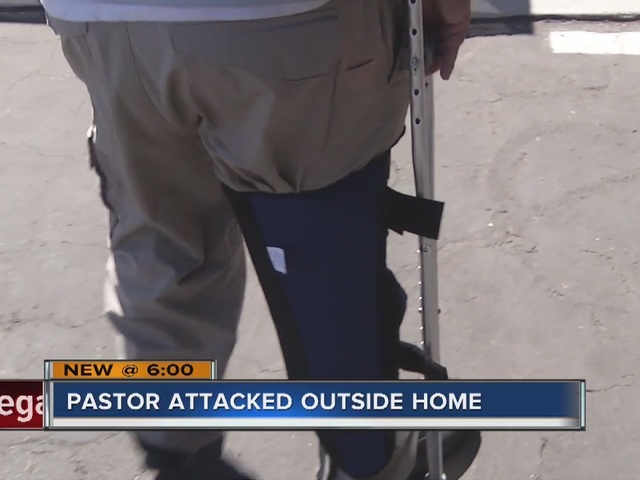 According to Pastor Andres Charry, his neighbor's son Walter Laak punched him multiple times before trying to run him over near Harmon Avenue and Spencer Street Wednesday. 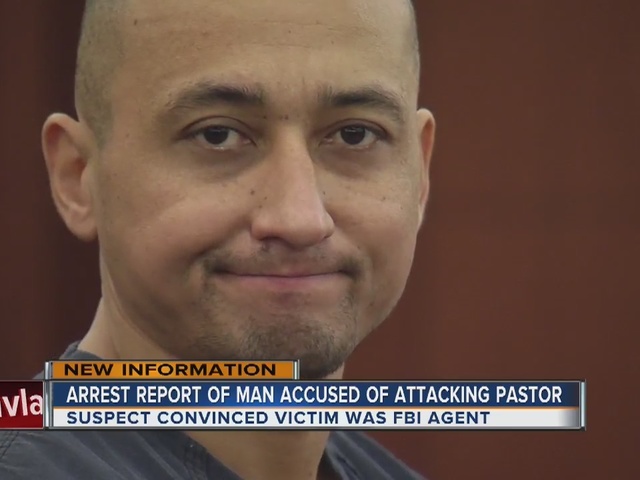 UPDATE: A local pastor was attacked outside his home and now we're learning new details about what happened.  We now know the suspect was convinced that the pastor was an FBI agent, following his every move.

According to the arrest report, Walter Laak told police he was being watched 24/7 by federal agents, all because he had information on some high profile crimes. He told police he had witnessed several murders overseas, and that's why FBI agents were following him.

Laak was convinced one of those agents was the man he's accused of attacking, Pastor Andres Charry.

Police say Laak was listed in their system as a threat to law enforcement and had PTSD from his time in the Marine Corps.

Laak faced a judge for the first time Tuesday.

LAS VEGAS (KTNV) -- A local pastor is recovering after being randomly attacked outside his apartment.

According to Pastor Andres Charry, his neighbor's son Walter Laak punched him multiple times before trying to run him over near Harmon Avenue and Spencer Street Wednesday.

"I began covering my head, so, he didn't touch my face and he kept hitting me," Charry said.

According to a police report obtained by Charry, police believe Laak took off before coming back to the home with a gun.

"My wife was there with all the little girls and they were all huddled in the bathroom trembling," said Charry's friend, Alexander Vivas.

Charry said Laak shot at the home at least 5 times, three of the bullets shattering a glass door and landing in his living room.

Charry believes he was attacked because he's Hispanic and sometimes volunteers with the Las Vegas Metropolitan Police Department.

"He said a ton of things, many against my race, as he beat me," Charry said.

Depite Charry never speaking to Laak, his mother does live next door to the family.

She said Laak is a Marine and suffers from post-traumatic stress disorder. She wasn't home at the time of the attack, but said his violent outbursts are getting worse.

Laak faces three charges including attempted murder, battery with a deadly weapon and discharging a gun at an occupied structure.
"My hands are still shaking from what happened," Charry said.
The Charry family has set up a GoFundMe page to help with medical expenses.
Copyright 2016 Scripps Media, Inc. All rights reserved. This material may not be published, broadcast, rewritten, or redistributed.