Incident with drone occurred over weekend

A group of horseback riders were startled and chased by a low flying drone in our local mountains Sunday. It spooked horses causing one rider to be sent the hospital. Jeremy Chen reports. 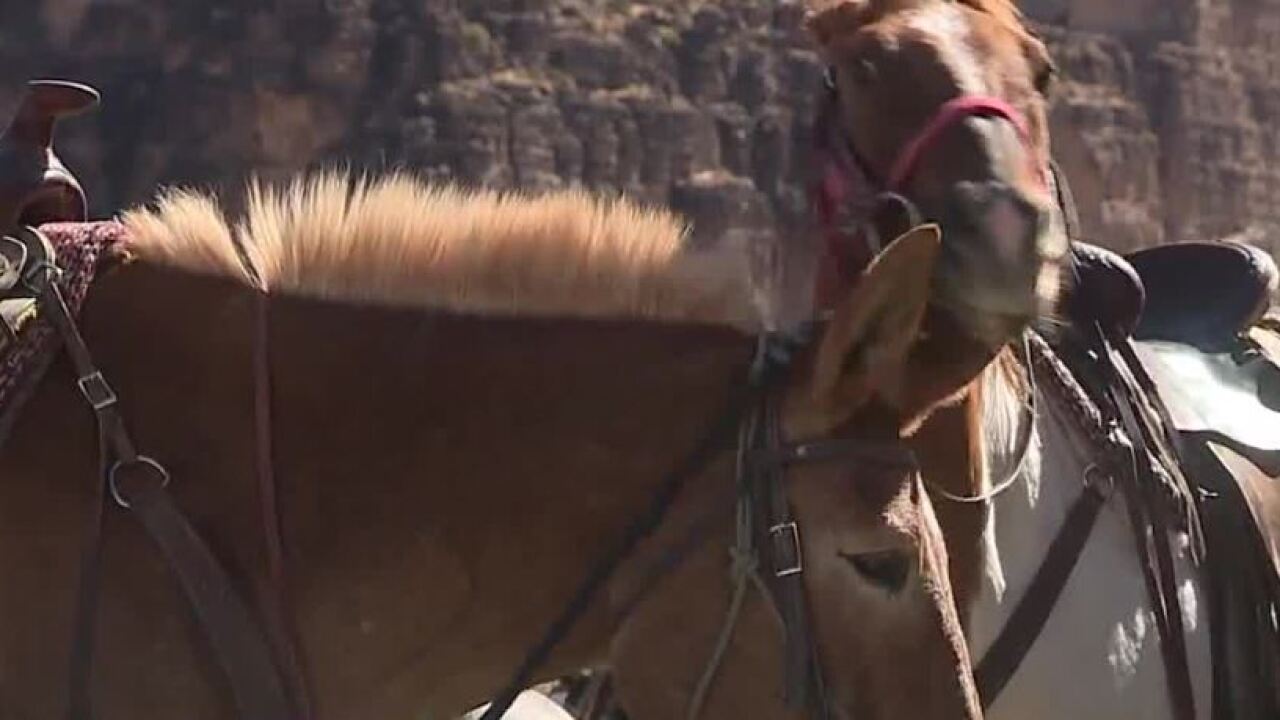 LAS VEGAS (KTNV) — A group of horseback riders were startled and chased by a low flying drone while in the nearby mountains Sunday. This incident spooked the horses and sent a rider to the hospital.

"It's one of those things most horses aren't fond of," said local horse rider Mike Flood when talking about drones.

His statement comes after a drone startled him and his group of riders over this past weekend while helping deliver supplies on a trail in Lee Canyon.

However, Flood believes it was intentional.

Anyone who breaks these rules could be liable for criminal and/or civil penalties.

"This drone had a little bit more intentions; it came after us. Got one of the horses to run away and then continued to chase after him," Flood said.

He says the rider of that horse was eventually thrown off and sent to the hospital for the injuries sustained.

"He rode him as long and hard as he could, and eventually, he came off, and there's not a whole lot we could do at that point," Flood said.

The local horse rider also said it's a frustrating situation, coupled with the fact that emergency help could take at least 45 minutes, being in such a remote area.

"Thank god, we were 300 yards away from trucks and trailers. Most situations where someone gets hurt, we have to wait for a helicopter," Flood said.

He also told 13 Action News that drone operators in any instance should respect others that may be in the area hiking or riding on mountain trails.

However, Flood said he has no issues with drones in general but asks operators to be considerate if they do see riders nearby, especially if they are inexperienced.

"There are less advanced riders out there, and some of those folks might not be able to handle that situation," he said.

Flood also wants to help fellow riders by getting their horses used to the sound of drones through a specialized clinic.

"We are going to start with our horses, get them used to it, and then show other people how they can get horses used to drones," he said.

The rider says the time and place on the clinic remains in the planning stages and can check for updates at the website of Cowboy Trail Rides here.