A woman is claiming a local pet store named Puppy Town sold her a sick puppy. The dog was diagnosed with pneumonia. Jeremy Chen reporting. 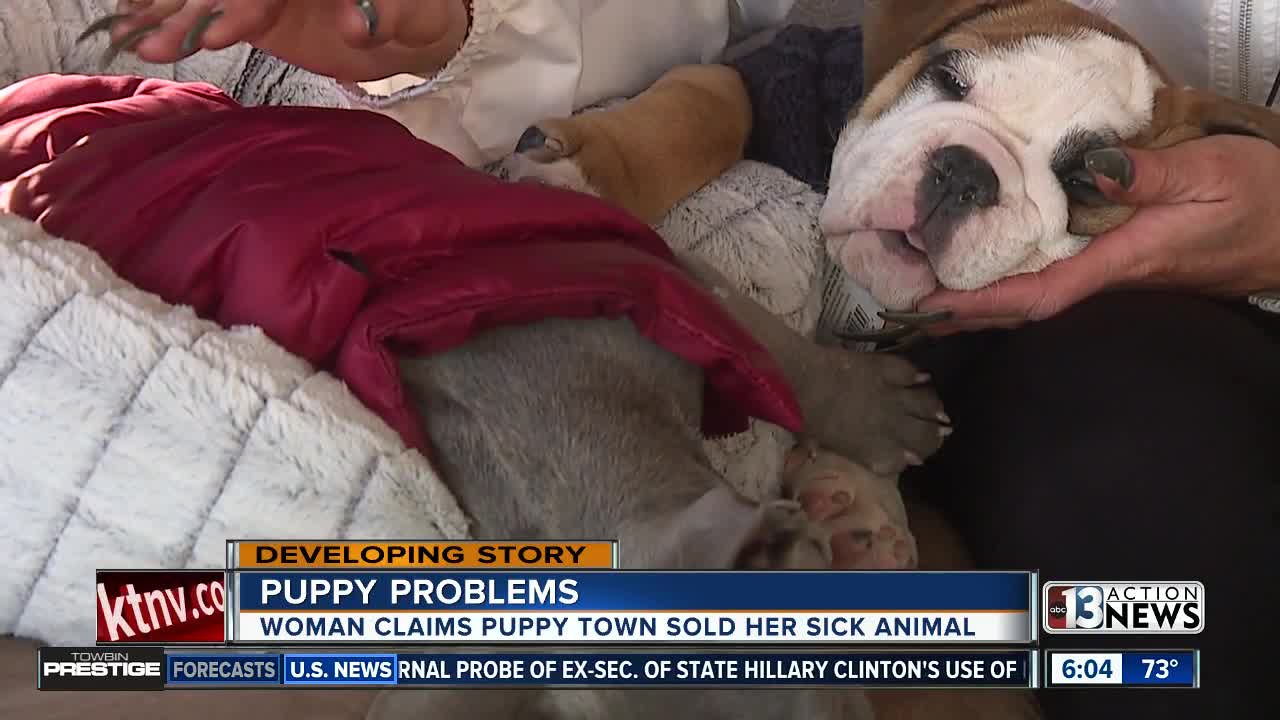 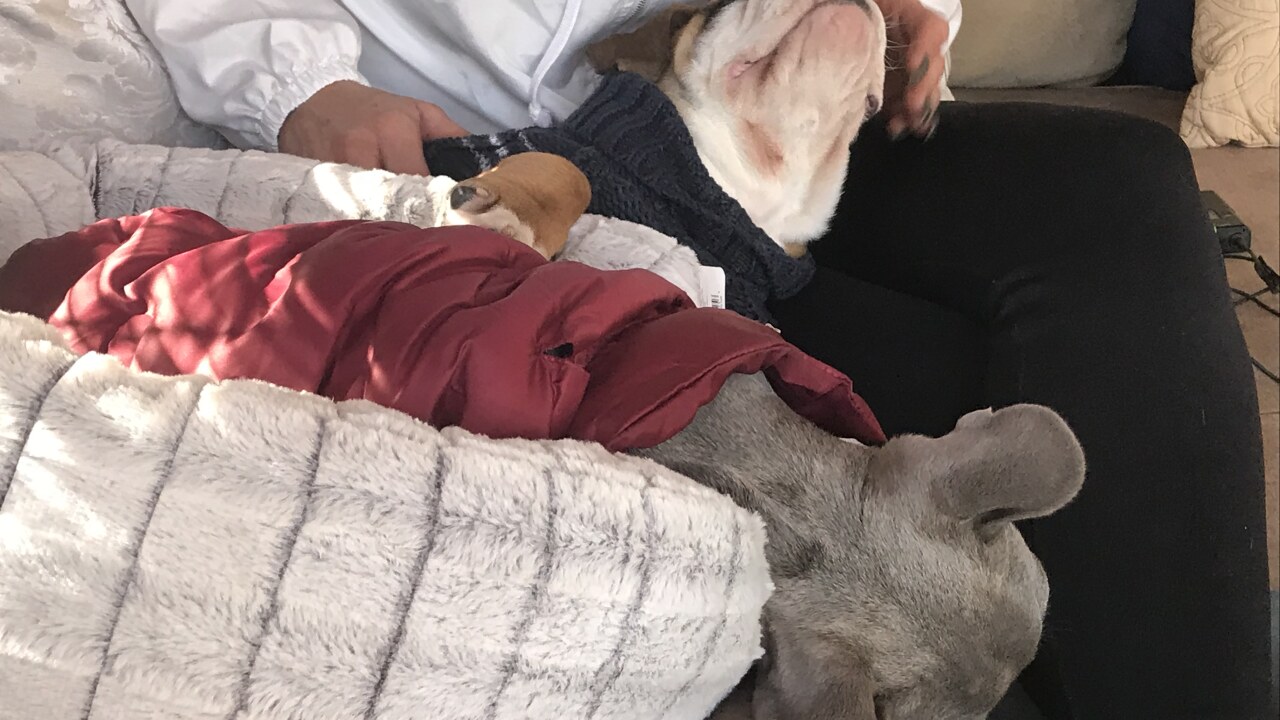 LAS VEGAS (KTNV) — A sick puppy is rushed to the hospital, and the puppy's owner is questioning a local pet store where she bought the dog and asking if store owners knew her pet was sick.

These two bulldog puppies are everything for Kim Goodwin.

"They're my first dogs....so you become attached very easily,” she said.

When Mila became seriously ill, she began to worry.

"She was on oxygen a couple days and she was really sick, and I thought we were for sure going to lose her,” she said.

Documents provided by her vet say Mila was diagnosed with infectious pneumonia and suffered from labored breathing and nasal discharge. She tested positive for two viral and bacterial infections. Goodwin says she got her bulldogs from a pet store called Puppy Town on Rainbow and Spring Mountain, and says the workers told her Mila would be fine, but she ended up in the ER within 36 hours.

"They could have come to us and told us the puppy was sick or took the puppy to the vet and made sure the puppy was healthy before we purchased the dog,” Goodwin said.

We went to Puppy Town to see if they would answer our questions. A worker met us at the front door and asked us to leave. Clark County officials say last week they received a recent complaint about Puppy Town. Goodwin says if she decides to buy another dog it won't be from a pet store.

Nevada law states if a dog is purchased within ten days from a pet store, and has an illness that requires immediate hospitalization, the pet store would have to either refund the money, exchange another pet at the same cost or reimburse the pet owner for the costs of treatment- if it's from a vet chosen by the pet store. Karen Layne with the humane society says dogs or cats that come from pet stores could have issues.

"People need to be aware of what they're buying and where some of these animals come from and sometimes, they may not be from the best breeding situations,” she said.

If someone wants to get a pet, she provides this advice.