Las Vegas stadium: A blessing or a curse?

The Raiders stadium is under construction but will it be worth the investment when it is finished? Marissa Kynaston reporting. 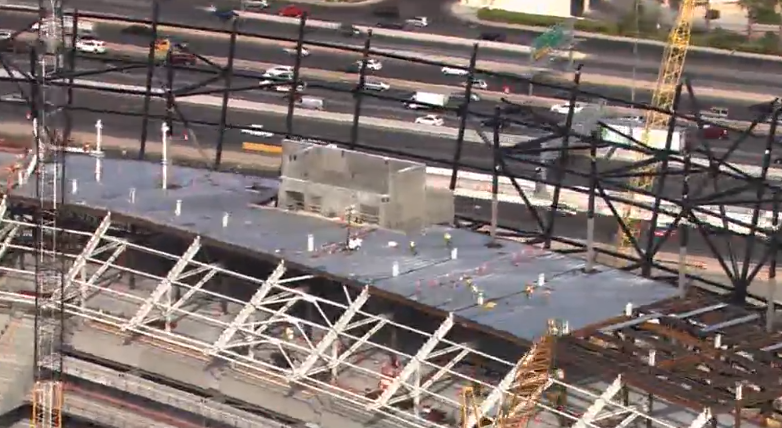 LAS VEGAS (KTNV) — The Vegas Golden Knights' season has ended and now, sports fans are turning their attention to the Raiders.

The price tag of the new stadium is $1.8 billion dollars, and a lot of that money is coming from taxpayers. Many are left wondering if the investment will be worth it.

Across the country, professional sports franchises use taxpayer money to build and maintain facilities, promising huge returns for the public in the form of economic development. However, that's not always the case. According to some economists, stadiums rarely bring about that promised prosperity and could leave cities in debt.

13 Action News went to UNLV's School of Business to find out if that could happen here.

"There's a general bias that says putting public money into stadiums is probably not a good idea because they're not economically viable," says Stephen Miller, a professor of economics at UNLV.

Miller says there are two main reasons that stadiums fail: lack of fans and lack of events.

He says the success of a stadium relies on fans traveling to games, and adds that shouldn't be a problem for Las Vegas.

"In almost every economic or social indicator that one wants to look at, Las Vegas is an outlier," says Miller. "We're just different."

Miller and his team recently conducted a study, and found that in general, a stadium needs to pull about 50 events a year in order for the money to start coming in. He says that's no problem for a city like Las Vegas.

"Getting 50 events in, in most cities, might be a difficult lift," says Miller. "But here in Las Vegas, we're used to doing lots of events."