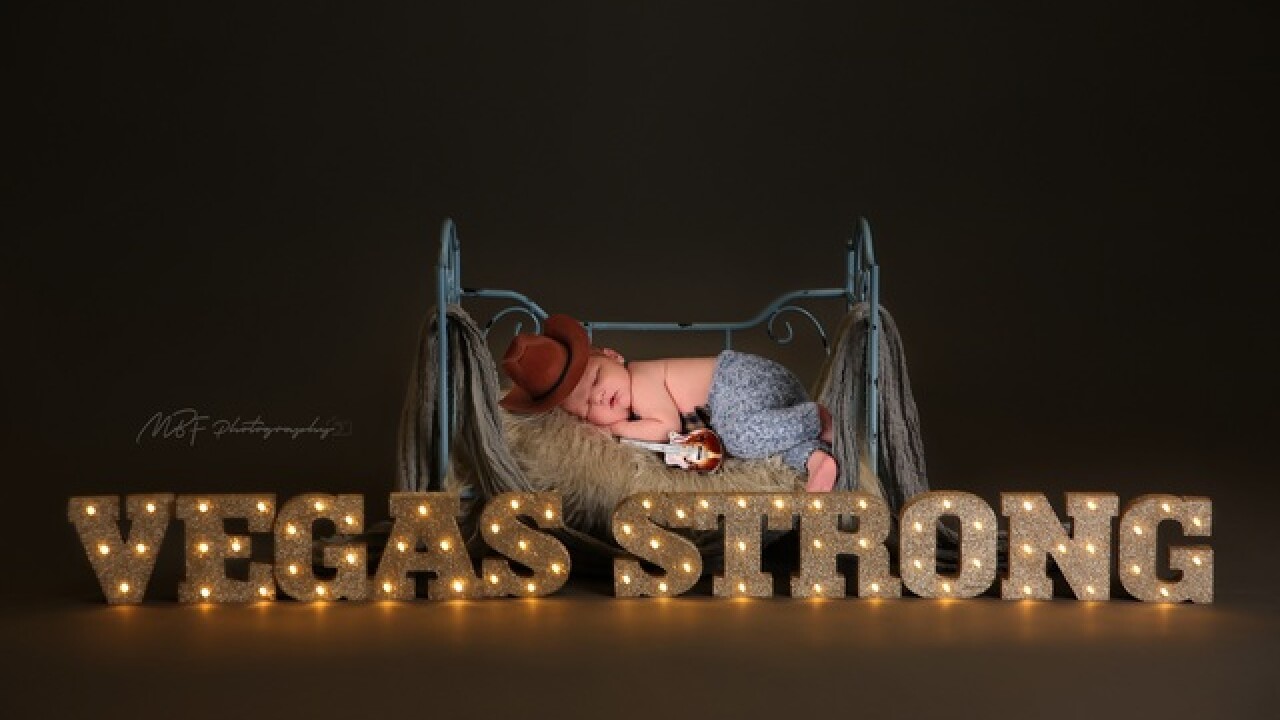 Copyright 2017 Scripps Media, Inc. All rights reserved. This material may not be published, broadcast, rewritten, or redistributed.
MBF Photography

The story of a baby born two days after the 1 October shooting is going viral on Facebook.

According to a Facebook post from MBF Photography, the child's name is Wyatt. His parents, Markie Coffer and Travis Matheson, were attending the Route 91 music festival when gunman Stephen Paddock began firing into the crowd.

The couple managed to escape from the festival grounds and made it safely to a hospital. Wyatt was delivered two days later.

"He is a beacon of hope," wrote MBF Photography in their Facebook post. "We feel so fortunate to have met both Wyatt and his parents."

You can check out a behind-the-scenes look at the newborn photography session below: