This is a roundup of breaking news from around the Las Vegas valley for October 4 and the latest updates on the mass shooting.

In a recent press conference, Las Vegas police released a specific timeline of the response to Sunday's mass shooting:

Sheriff Joe Lombardo explained that it took a while to breach the room because they were going into every single room to evacuate the floor, and there are a lot of rooms at Mandalay Bay.

He also said that officers spotted a hidden camera on a room service cart in the hallway, which was placed there by Paddock, and had to pull back. No shots were heard by the suspect after 10:15 p.m., so they took time to formulate another plan and breach the door.

More information about the press conference can be found here.

Attorney Matthew Lombard, who is representing Marilou Danley, the girlfriend of Stephen Paddock, said his client is cooperating fully with federal and local agencies in their investigation.

In a statement read by Lombard, Danley said she was "devastated" to learn of Sunday's events and that she grieves for those families affected.

"He never said anything to me or took any action that I was aware of that I understood in any way to be a warning that something horrible like this was going to happen," Danley's statement read in part. READ MORE.

City of North Las Vegas Fire Department responds to house fire in 4100 block of Helens Pouroff. It took 10 minutes to knock the fire down. One adult male refused treatment. One dog was resuscitated. $150 in damage. Accidental cooking fire.

President Trump is about to speak to Las Vegas police officers and other at police headquarters on Martin Luther King Boulevard. He spoke to victims earlier at University Medical Center. Click here to watch.

According to ABC News, an official familiar with Marilou Danley's travels says that the FBI engaged in a highly-choreographed scheme to get Danley back in the country, ensure her comfort and keep her from being surrounded by the media.

FBI had at least one decoy vehicle at Los Angeles Airport when Danley landed. She was escorted quickly through Customs and then spirited out a secure rear entrance of the airport. Investigators from Las Vegas are in Los Angeles to participate in interviewing Danley. But, there are no plans to bring her to Nevada at this time. She is being treated as a "witness."

Officials still have no clear indication of what transpired in Paddock’s life to lead to the massacre so they remain hopeful that Danley will fill in the missing parts of the story.

Valley Health System released information about number of patients received and their statuses on Wednesday morning. 19 of their patients are critical. Here is the breakdown:

President Trump and his wife has arrived in Las Vegas. He will visit patient at University Medical Center and the Las Vegas police headquarters. 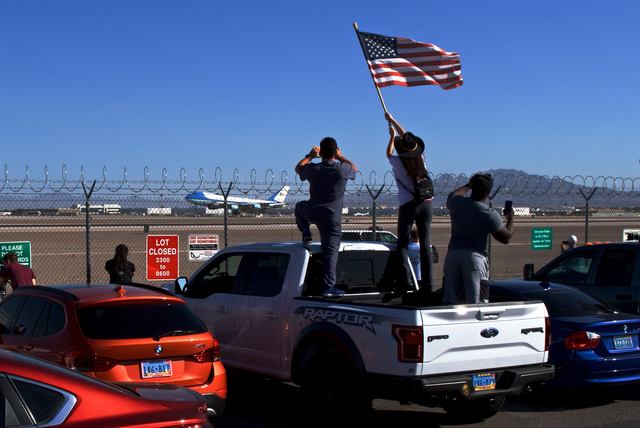 Firefighters respond to a fire on  23rd Street, near Bonana Road. The home is said to be vacant and no injuries have been reported.

Yesterday's coverage of the mass shooting

List of all stories related to the mass shooting

Photo gallery of victims of the Las Vegas mass shooting. We will update as we receive photos and information on the people who were killed.

Authorities are making an effort to shut down rumors of multiple shooters. As we learn more and more about what actually took place Sunday night, videos and other stories continue to go viral on social media convincing people there was more than one active shooter on the Las Vegas Strip. Click here to read the full story.

The Las Vegas Victim's Fund GoFundMe which was started by Clark County Commission Chair Steve Sisolak is now over $8.3 million.

Police are allowing concert goers to retrieve vehicles left behind the night of the shooting.

Vehicles of concert goers that were left behind after the shooting can meet officers at Reno & Koval to retrieve it. Please bring ID.